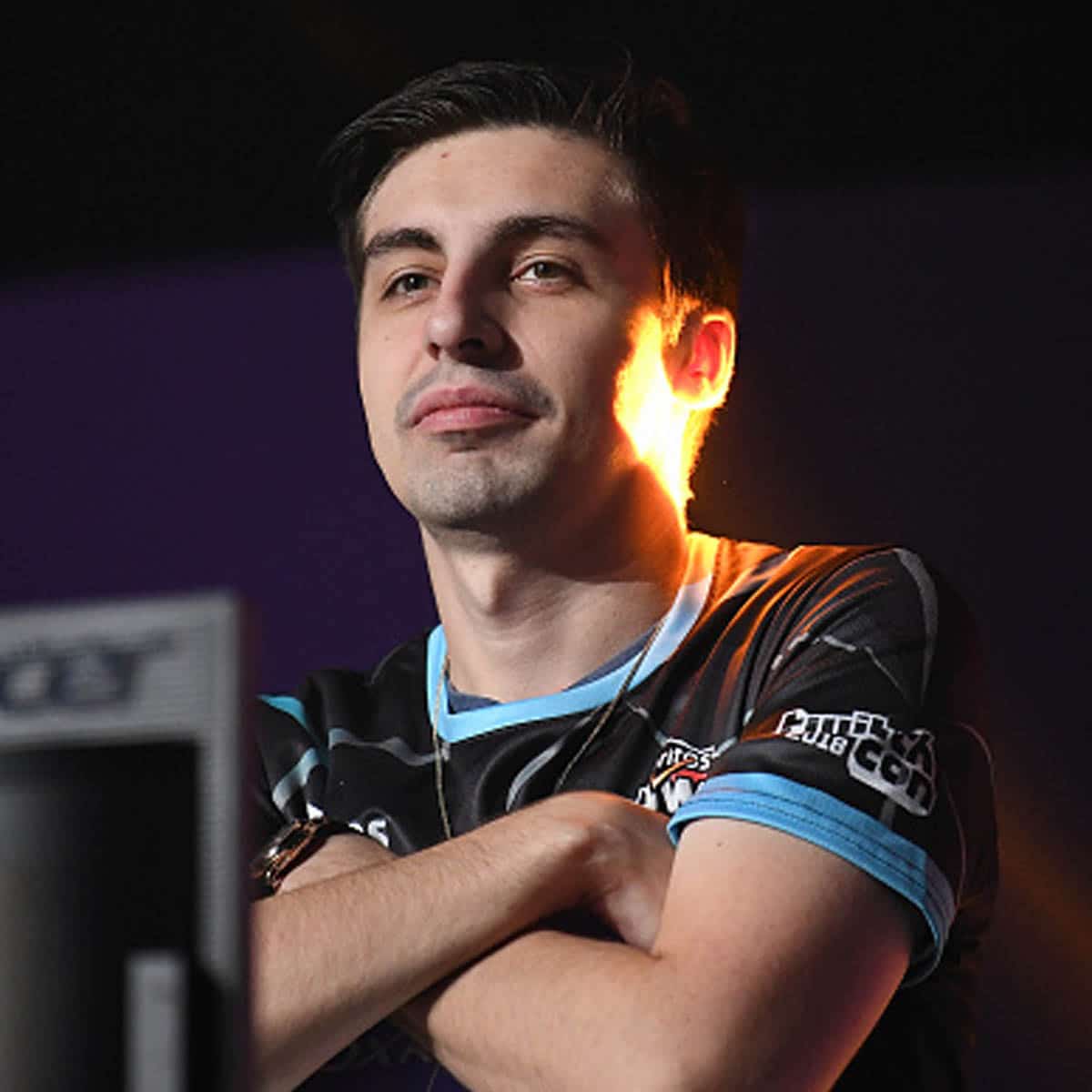 The top 20 richest Twitch streamers according to their net worths are below. All of these gaming commentators are raking in the cash, but one has separated himself from the pack.

We have gathered information from numerous credible sources such as Forbes, The Richest, and Celebrity Net Worth to determine the net worths of the richest Twitch streamers on earth.

Before you begin reading, can you guess the three streamers who are worth over eight figures?

The 20 richest Twitch streamers in the world living today according to their 2022 net worths:

Saqib Ali Zahid, more commonly known by his online alias, LIRIK, is an American streamer who currently has 2.9 million followers on Twitch.

Also, according to the massive Twitch data leak that revealed content creators’ earnings, LIRIK has raked in about $3 million from the platform.

Notably, he is said to have earned an estimated $2.3 million thus far in his Twitch career.

Additionally, Ibai has a whopping 9.7 million followers on the streaming outlet. He has earned profits through other outlets such as Esports commentating and sponsorships as well.

Hasan Doğan Piker, also known as HasanAbi, is an American Twitch streamer who has reeled in $2.8 million over the past few years on Twitch.

Moreover, he has worked in the past as a journalist for The Young Turks and HuffPost.Yet, the vast majority of his income derives from his Twitch and YouTube accounts, as well as his other social media accounts, and his brand endorsements.

Zack, better known as Asmongold, is an American Twitch streamer and YouTuber who is best known for his World of Warcraft content.

After gaining popularity through his YouTube channel, Asmongold made a name for himself on Twitch, where he currently boasts 2.9 million followers. Reports claim he has profited roughly $2.6 million from Twitch.

Imane Anys, better known as Pokimane, is a Moroccan-Canadian Internet personality who is best known for her Twitch content. Currently, her channel possesses an impressive 9 million followers. Meanwhile, she has made about $1.5 million from streaming on the platform.

Furthermore, Pokimane has done well for herself in terms of endorsements with the likes of CashApp, NZXT, and Postmates. Actually, she claims she is still owed six figures from deals.

Jaryd Russell Lazar, more commonly known by his online alias summit1g, is an American Twitch streamer who formerly played for professional esports teams A51 and Mythic.

As of this point, Summit1g has made roughly $5.8 million from his personal Twitch account.

Right now, the uploader has 6.1 million followers on his page, which helped yield him an endorsement deal with CyberPowerPC.

Ali Kabbani, more commonly known as Myth or TSM Myth, is an American Twitch streamer and professional Fortnite Battle Royale player. He is one of the most popular Twitch streamers on the planet, with over 7.4 million followers and over 158 million views.

Raúl Álvarez Genes, better known by his online alias AuronPlay or simply Auron, is a Spanish YouTuber and Twitch streamer who has 28.9 million subscribers and over 3.8 billion total views on his YouTube channel.

Notably, AuronPlay has 12.1 million Twitch followers, which has made him about $3.1 million.

Tyler Steinkamp, better known by his online alias tyler1, is an American internet personality and streamer on Twitch who boasts 4.8 million followers on the gaming platform.

On top of that, tyler1 won “Best League of Legends Streamer” at the 2022 Streamer Awards. Interestingly, he once received the nickname of “The Most Toxic Player in North America”.

Alexandre “Gaules” Borba (born December 2, 1983) is a retired Brazilian professional Counter-Strike player and coach who is currently a full-time streamer on Twitch.

Reports say that Gaules has raked in $2.8 million since consistently uploading content on Twitch.

Ranboo is an American YouTuber and Twitch streamer who is best known for his Minecraft content. So far, he has profited about $2.4 million from his “RanbooLive” Twitch account.

Currently, the gamer possesses 4.2 million Twitch followers, 3.89 million YouTube subscribers, along with 4.2 million fans on TikTok. Ranboo has his own merchandise line as well.

In terms of making money on Twitch, few on the list of the richest Twitch streamers have fared better than Tfue, who has earned roughly $5.3 million on the platform.

Tfue is best known for his Fortnite, Apex, and Horizon content. Now, he has 11.9 million YouTube subscribers to accompany his 10.9 million Twitch followers.

Nicholas Kolcheff, better known as Nickmercs, is an American Twitch streamer, YouTuber, and co-owner for FaZe Clan. The Call of Duty: Warzone and Apex Legends player has made about $5.1 million through Twitch.

Companies such as Under Armour, G Fuel, and Scuf Gaming have partnered with the gamer. Also, it’s estimated that Nickmercs makes between $100,000 and $150,000 every month.

You May Also Like:   Top 20 Richest Pastors Ranked by Their Net Worth 2022

Ludwig Anders Ahgren is an American live streamer, YouTuber, as well as esports commentator and competitor who has profited about $3.3 million off of Twitch streaming.

Additionally, Ahgren left Twitch to sign an exclusive gaming deal with YouTube in November 2021. There, he possesses 2.72 million subscribers to go along with almost 700 million total views.

Rubén Doblas Gundersen, better known as elrubiusOMG or simply El Rubius, is a Spanish-Norwegian YouTuber and Twitch streamer who has 646,000 and 11.5 million followers, respectively.

Meanwhile, he has made about $1.8 million from Twitch thus far in his streaming career.

David Cánovas Martínez, better known as TheGrefg or simply Grefg, is a Spanish YouTuber and Twitch streamer who has over 17 million YouTube subscribers and over 9 million Twitch followers.

Félix Lengyel, better known as xQc or xQcOW, is a Canadian Twitch streamer, internet personality, and former professional Overwatch player who is one of the richest Twitch streamers on earth.

Currently, xQc has made a lucrative $8.5 million from streaming on Twitch. Impressively, he has inked endorsement deals with companies like Verizon, G Fuel, and MetaThreads.

Timothy John Betar, better known by his online alias TimTheTatman, is an American YouTube-exclusive streamer. That’s right, he no longer uploads content on Twitch after signing an exclusive deal with YouTube Gaming in 2021.

However, TimTheTatman made about $3.3 million from Twitch before leaving the platform.

Lastly, the gamer has signed sponsorships with brands such as Chipotle, HyperX, and Herman Miller. All of which add to his net worth figure of $10 million.

Remarkably, his Twitch page has a whopping 10 million followers as of March 2022. To accompany that, Grzesiek possesses 6.8 million YouTube subscribers and 951 million total views. Lastly, he has endorsements from Logitech and J!nx as of right now.

Coinciding with that are his endorsement deals with companies like Red Bull, Uber Eats, NZXT, and most recently, Adidas.

As of right now, Ninja is said to be reeling in roughly $10 million per year from his endeavors.

Top 20 Richest Painters Ranked by Their Net Worth 2022