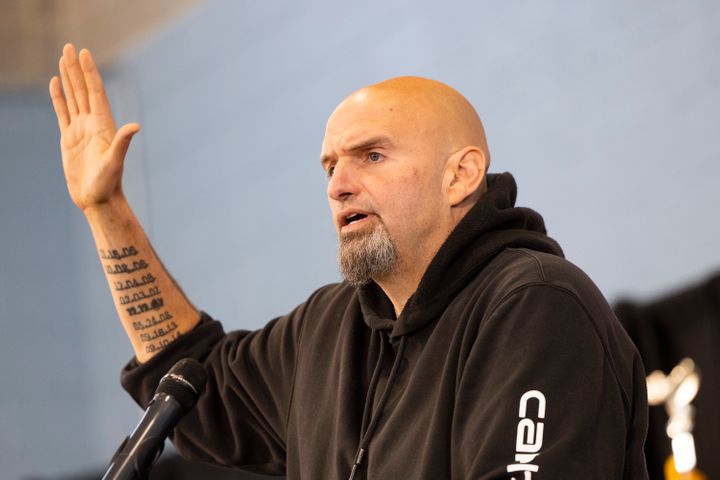 John Fetterman is an American politician who is the current Democratic nominee for the 2022 U. S. Senate election in Pennsylvania. He is a Democratic Party member and has been serving as the 34th lieutenant governor of Pennsylvania since 2019. As of 2022, John Fetterman net worth is roughly around $800 thousand.

Fetterman was born on 15 August 1969 in Pennsylvania to parents Susan and Karl Fetterman. He grew up in York, Pennsylvania, where his dad started working at an insurance firm as a partner. Surprisingly, luck favored his father as the insurance firm ran successfully. Eventually, his family became rich.

Fetterman revealed that he sleepwalked through his young adulthood. He also described his upbringing as privileged. He studied at Albright College and earned a degree in finance. Then, he attended the University of Connecticut in 1993 and received an MBA degree.

John had a formative effect on his life and career path after he lost his friend in a car accident. After his friend’s demise, he joined Big Sisters of America and paired with an 8-year-old boy, who lost his father to AIDS. The boy’s mother was also dying from the disease. John made a promise to the boy’s mother that he would look out for him after she dies.

You May Also Like:   Edwin Edwards Net Worth: How Rich was former Louisiana Governor?

Fetterman joined the independent agency, AmeriCorps in 1995. After a while, he taught Pittsburgh students who were pursuing their GEDS. In 1999, he achieved a Master of Public Policy degree from Harvard University’s Kennedy School of Government.

John started his career working at an insurance firm. Then, he came to Braddock in 2001 and served with AmeriCorps. In 2004, he moved to Braddock. In the meantime, he also worked as the part-time mayor of Braddock. Moreover, he also served as the full-time director of the city’s youth program.

Fetterman was paid only $150 per month as a mayor. In 2015, he received $54,000 from his father. John ran for the position of mayor against Pauline Abdullah in 2005. He eventually won the general election by a single vote. In 2009, he faced Jayme Cox who criticized him for abusing power after John released non-public records revealing Cox’s arrest in 2004. At last, he defeated Cox in the primary election.

As soon as he won the election, he went on to set up a website for Braddock. Initially, he worked on the town’s abandoned buildings and improve the poor economy. In 2009, the council members made an attempt to remove him from a town council meeting. He was arrested in November 2010. However, he was immediately released after he refused to leave the property of the United States Steel Tower.

In 2013, he started defying a 1996 Pennsylvania which has banned same-sex marriage. That same year, he worked with celebrity chef, Kevin Sousa and the two established a restaurant in Braddock. In September 2015, John announced that he would compete for the Democratic nomination for the United States Senate seat in the 2016 season. Later, he made an announcement that he would compete for lieutenant governor of Pennsylvania.

Fetterman eventually won the Democratic primary for lieutenant government n May 15. He is currently competing for the 2022 United States Senate election in Pennsylvania. Fetterman described himself as just a Democrat not a progressive while running for Senate in 2022.

John Fetterman is a married man who tied the knot with a Brazilian-American activist, Gisele Barreto Fetterman (nee Almeida) in 2008. His wife, Gisele wrote him a letter in 2007 after he heard about his work as the mayor of Braddock. Later, he invited Gisele to visit Braddock. The following year, they turned into a married couple. The pair share three kids together.

John Fetterman’s personal wealth is estimated to be around $800 thousand as of 2022. Currently, he receives an annual salary of around $217,610. His net worth was reported as between $717,000 and $1.58 million according to his May 2021 Financial disclosure. Fetterman was sued for unpaid taxes by Allegheny County in 2008. Later, he paid off the unpaid taxes in 2012.

Herschel Walker Net Worth: How Rich is the Georgia Senate Candidate?