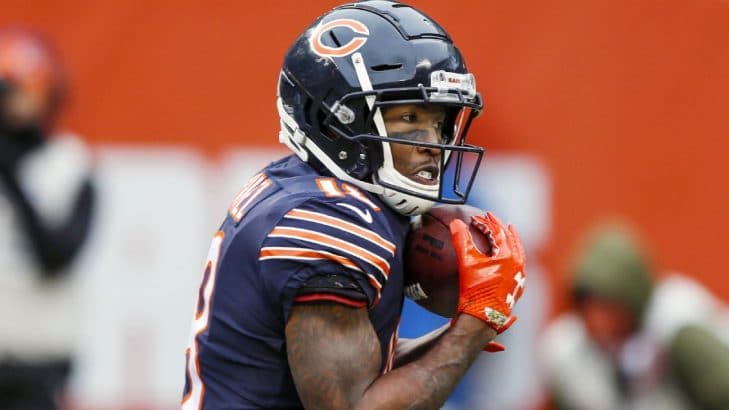 Taylor Gabriel is a former American NFL football wide receiver. He has shown his best game playing with the professional football teams Atlanta Falcons, Cleveland Browns, and Chicago Bears. Taylor announced his retirement on April 9, 2021. As of 2022, Taylor Gabriel net worth is estimated to be around $10 million.

Taylor Gabriel was born on February 17, 1991, in Dallas, Texas, United States. He was actively participating in sports since his school days. While studying at John Horn High School, he was playing football and basketball. He also ran track for Jaguars athletic team.

Taylor was a gifted football player, who showed his best form in early games. His brilliant game with a total of 47 catches for 588 yards and 4 touchdowns led him to get selected as a junior player in the All-District selection. In 2008, he made an entry as a senior player on  Class 5A TSWA All-State. He had a total of 90 catches for 1354 yards and thirteen touchdowns.

After finishing high school, he attended Abilene Christian University. As expected, he was in his best form in college football games. During the year 2010 to 2013, he held the record for the most touchdown.

You May Also Like:   Corey Benjamin Net Worth: How Rich is the Retired NBA Player?

In his last 2013 season for Abilene, he made 73 receptions with 1060 receiving yards and 10 touchdowns. He completed his college football career by being the second player who had 215 receptions for 3027 yards and twenty-seven touchdowns.

Taylor was an undrafted free agent since he came out of Abilene Christian University. He got to play his first professional match after he was signed by Cleveland Browns in the 2014 NFL Draft. For the Browns, he made 64 catches for 862 yards and a touchdown. Taylor was released by Browns on September 3, 2016.

Taylor was signed by the new team Chicago Bears on March 14, 2018. He signed a 4-year contract deal with the Bears for a whopping $26 million. Gabriel had a good game in the 2018 season, where he caught 67 passes for 688 yards and 2 touchdowns.

He had his signature performance in the 2019 season, catching 6 passes for 75 yards and 3 touchdowns. He was released by the Bears on February 21, 2020. Taylor opted out of the 2020 season due to the COVID-19 pandemic. He officially announced his retirement on April 9, 2021.

Taylor Gabriel is married to Jerrika Gabriel. He dated Jerrika for a while before tying the knot on July 7, 2018. The couple had a baby boy, whose baby shower was held at Hotel ZaZa Dallas in January 2018.

You May Also Like:   Lanto Griffin Net Worth: How Rich is the Golfer Actually in 2022?

Corey Conners Net Worth: How Rich is the Canadian Golfer Actually?