Shelley Long is an Emmy-winning American actress. She is best recognized for portraying the character of Diane Chambers on NBC’s hit sitcom, Cheers. Shelley won Emmy in 1983 for Outstanding Lead Actress in a Comedy series. As of 2022, Shelley Long net worth is roughly around $5 million.

Shelley Long was born in August 1949 in Fort Wayne, Indiana. She was raised by her parents, Ivadine and Leland Long. Her mom, Ivadine was a school teacher. And her dad, Leland used to work in the rubber industry before he became a teacher. While Shelley was in high school, she was on a high school speech team. She also won the National Championship in Original Oratory in 1967.

Shelley completed her high school graduation from South Side High School. Then, she attended Northwestern University. However, she didn’t complete her University education as she went on to pursue a career as an actress and model. 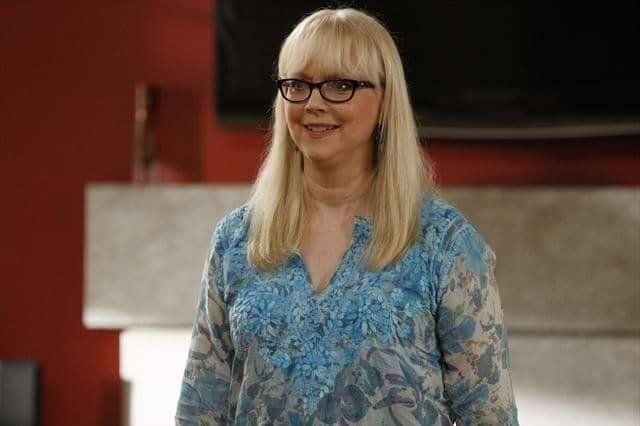 She got her first break as an actress when she started working for local commercials for a Homemakers furniture store in Chicago.

Earlier, she became a member of The Second City comedy troupe in Chicago. After a few years in 1975, she worked as a writer, and producer and co-hosted the TV show called Sorting It Out. She eventually won three Regional Emmy Awards for her brilliant work on the TV show. During the 1970s, she appeared in VO5 shampoo print advertisements. Then, she appeared in a romantic comedy series, The Love Boat in 1978.

Shelley continued her acting journey and appeared in the TV movie, The Cracker Factory in 1979. That same year, she appeared as a guest star on the TV series, Trapper John, M.D. and Family. Shelley was known to people and became famous after she appeared as Diane Chambers in the long-running TV sitcom, Cheers.

Despite the series’ failure to gather enough audience, it became one of the most popular shows on the air. Shelley appeared in the series for five seasons and left the show due to some controversy in 1987. In the Cheers documentary, Long’s co-star Ted Danson admitted that there was tension between them at a work level, but, not at a personal level.

Nevertheless, Long revealed various reasons for leaving the show during an interview with Graham Norton in 2003. She mentioned the most important reason being her desire to spend some quality time with her toddler daughter. While she was appearing on Cheers, she also starred in other various motion pictures. She received a nomination for a Best Leading Actress Golden Globe in 1984 for her incredible performance in the comedy-drama movie, Irreconcilable Differences.

After Cheers, she appeared in her first project, Troop Beverly Hills where she played a housewife. She later returned to TV on a fact-based miniseries on ABC, titled Voices Within: The Lives of Truddi Chase. For her outstanding portrayal in the series, she received critical appreciation. Shelley returned to Cheers for its series finale in 1993. She eventually won another nomination for Emmy for her return as Diane. Following that, she appeared in several TV shows as a guest star. Shelley acted and also produced the feature movie, Different Flowers in 2016.

Shelley Long has been married twice. She was first married to Ken Solomon. Her first marriage ended after only a few years in the 1970s. Then, she married a securities broker, Bruce Tyson in 1981. Together, they had a daughter named Juliana. They officially separated by divorce in 2004.

Shelley was recently spotted walking her pet Chihuahua on Los Angeles streets on Wednesday, October 19. She was spotted taking a casual stroll with her pet just a few weeks after the 40th anniversary of the hit show, Cheers, which premiered on September 30, 1982. The 73-year-old actress looked unrecognizable in a rare public sighting. She was seen wearing a pink turtleneck, gray sweatpants, a black vest, sneakers, and a baseball hat.

Shelley Long’s net worth is estimated to be around $5 million as of 2022. She has earned a vast chunk of the amount from her acting career. Shelley is the recipient of the 1983 Emmy Award for her incredible performance as Diane Chambers in Cheers. Additionally, she won the Golden Globe Awards twice in 1983 and 1984.

Toya Johnson Net Worth: How Rich is the Actress Actually?