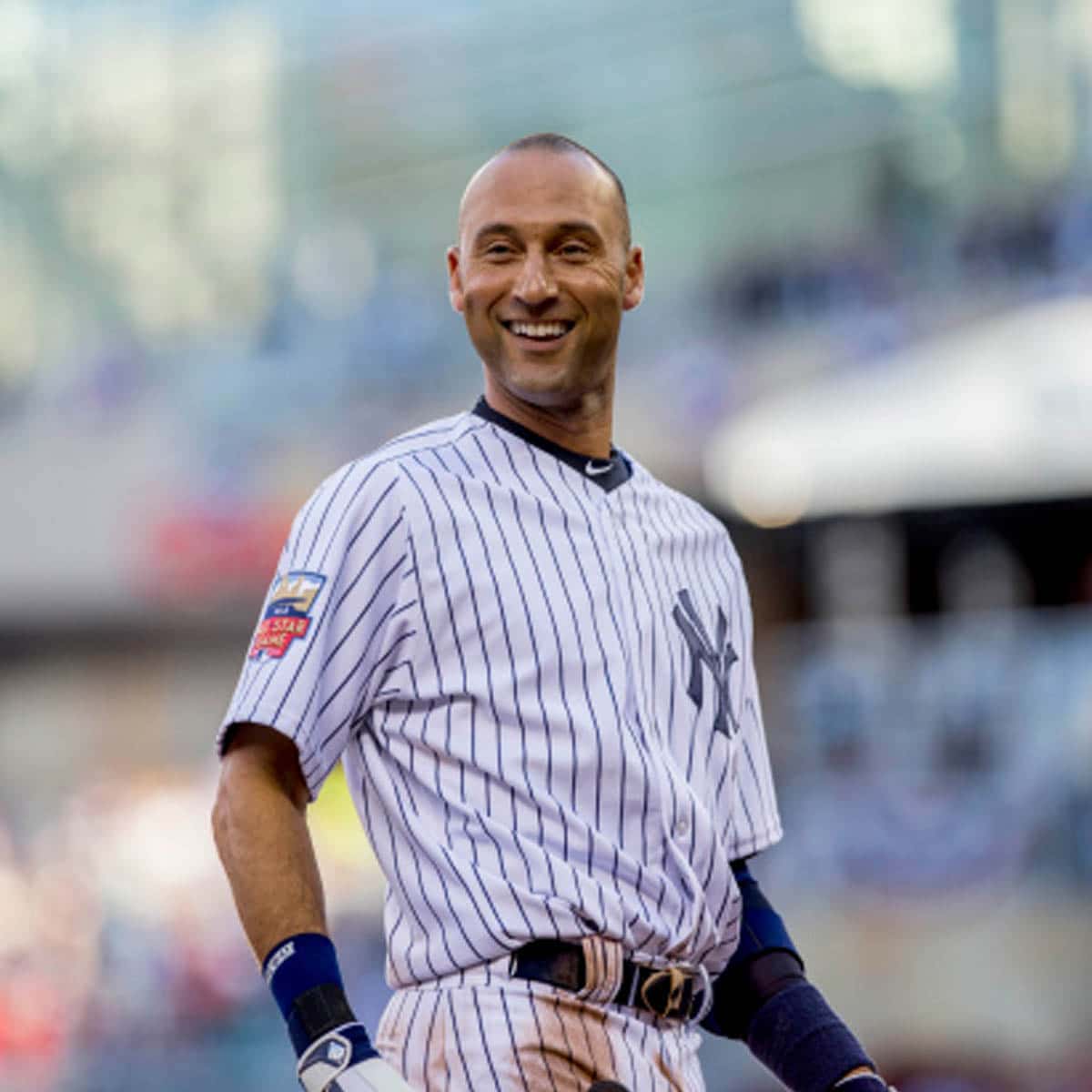 The top 20 richest baseball players on earth according to their net worths can be found below. All of these stars on the diamond are the top earners in the world, many of whom played for the same franchise.

We have collected information from a variety of credible sources such as Forbes, The Richest, and Celebrity Net Worth to determine the net worths of the richest baseball players on the planet.

The 20 richest baseball players living in the world today according to their 2022 net worths:

The gold glove first baseman played a total of 14 years for three different franchises. Over the course of his Hall of Fame-worthy career, Teixeira amassed over $217 million (pre tax).

His biggest contract came with the New York Yankees as he earned $180 million over eight seasons. Prior to that, Teixeira made roughly $38 million with the Atlanta Braves and the Texas Rangers.

Post-retirement, the switch hitter signed a deal with ESPN as an analyst, but he has since left.

In 18 total seasons as a major league starting pitcher, CC Sabathia raked in north of $264 million while playing for the Yankees, the Milwaukee Brewers, and the Cleveland Indians.

Meanwhile, CC once inked a lucrative seven-year contract worth $161 million with the Yanks.

Carlos Beltran played 19 seasons in the MLB for a total of seven different teams. Throughout that time, the outfielder tallied $249 million in contract earnings.

His largest contract came with the New York Mets when he agreed to a seven-year deal worth $119 million. At that time, Beltran was making about $20.2 million per season.

For his career, the swtich hitting clutch outfielder hit 435 home runs while batting a .279 average.

David Price has been a prominet starting pitcher for many years, winning a Cy Young in 2012.

Throughout his 14 playing seasons, the lefty has reeled in just over $216 million in total salary.

Moreover, Price made an insane $137 million in just four seasons with the Boston Red Sox. According to Forbes, the pitcher makes roughly $950,000 per year through his endorsements with the likes of Fanatics, Rawlings, Nike, and Topps.

The only player to ever been unanimously inducted into the Hall of Fame in his first attempt is none other than Ken Griffey Jr. The man who owns the prettiest swing of all time made roughly $161 million in his playing days.

Furthermore, Griffey was very marketable as a player. Thus, he made a ton of money from endorsements with companies like including Frosted Flakes, Foot Locker, Wheaties, and Nike.

Another Yankee makes his way onto the richest baseball players list. This time it’s Gary Sheffield, who earned roughly $168 million over the course of his 21-year playing career.

Actually, the bulk of Sheffield’s income came from playing for the Florida Marlins (now Miami). In 10 seasons, the outfielder made about $83 million with the NL East team.

The pitcher known as “King Felix” has been dominant for many years, allowing him to earn north of $221 million throughout his playing days.

Meanwhile, Hernandez inked a seven-year contract with the Seattle Mariners back in 2013 that was worth a whopping $175 million.

Also, the 2010 Cy Young winner has made millions form sponsor deals with big-time companies like 2KSports and Pepsi.

Undoubtedly, the greatest closer in the history of baseball is Mariano Rivera. The right-hander made $169 million over the course of 19 incredible seasons with the Bronx Bombers.

Additionally, “The Sandman” has held endorsements from companies like Nike and Canali.

Rivera is a 13-time All-Star as well as a five-time World Series champion. Also, he is the all-time leader in career saves and was the second unanimous Hall of Fame selection.

The infamous Barry Bonds enters the list as the all-time home run leader (762), but not as a Hall of Famer as the selectors continue to deny the steriod user.

Still, Bonds managed to rake in over $192 million over the period of 22 seasons. The four-time MVP winner once inked a five-year contract worth $90 million with the San Francisco Giants.

However, unlike most on the list, Bonds was unable to sign big endorsement deals as a result of his damaged public image.

Already, Justin Verlander has amassed over $274 million in career earnings. Yet, he will easily surpass the $300 million mark by the time he hangs up the cleats.

The dominant starter is on track for the Hall of Fame with his three Cy Youngs and his MVP award.

Furthermore, Verlander has boasted significant endorsement deals with the likes of Rawlings, Supercuts, Ford, and Under Armour.

The only catcher on the richest baseball players list is long-time Minnesota Twins player Joe Mauer. The 14-year veteran made over $223 million with the AL Central franchise.

Forbes reports that Mauer makes about $500,000 annually from his endorsement with Nike.

Manny Ramirez played for 18 seasons, eventually becoming one of the faces of Major League Baseball. Throughout his career, Manny took home over $234 million.

His largest contract was easily with the Boston Red Sox when he inked an eight-year deal worth $160 million. By the time he retired, Manny hit 555 home runs, including 45 in a season on two occasions.

Despite playing for the Cincinnati Reds his entire career, Joey Votto has secured the bag in a big way. Since 2019 and extending through 2023, Votto is making exactly $25 million per year in base salary.

He is currently in the midst of a 10-year contract that’s worth a total of $225 million.

On top of that, Forbes reports that he earns $500,000 annually from his deals with Nike and Rawlings.

Meanwhile, the tall, lanky lefty highest average salary was $16 million in 2004-05 with the Arizona Diamondbacks.

Notably, the six-foot-nine slinger was awarded the Cy Young on four separate occasions.

Chipper Jones comes in as the 29th highest-paid player in league history, having made over $168 million as the Atlanta Braves’ third baseman.

Also, Chipper made money through endorsement, notably with the sporting goods brand Mizuno.

The infielder turned designated hitter has raked in over $321 million over his 18-year career.

The former Marlin and current Detroit Tiger has made north of $30 million annually on three separate occasions and he is set to earn that figure in the coming two seasons.

The wealthiest current athlete of all the richest baseball players is Albert Pujols. Playing over 20 years in the league, the slugger has brought home over $339 million with the St. Louis Cardinals, the Los Angeles Angels, and now the Los Angeles Dodgers.

Furthermore, Pujols has won three MVPs, a pair of Gold Gloves, as well as a Silver Slugger nod.

Aside from one season (2020), Pujols has made over $20 million in each of the last seven years.

The global superstar made over $168 million over the course of his 19-year MLB career. Remarkably, Ichiro won 10 straight AL Gold Glove awards from 2001 to 2010.

Meanwhile, Forbes claims that Suzuki made $6 million a year in his prime from his endorsement deals with brands like Upper Deck and Starbucks.

The fan-favorite Derek Jeter enters the list as the second richest MLB player on the planet. Throughout his career, the shortstop took home north of $266 million with the Yankees.

Additionally, Jeter has made millions from his endorsements with brands like Nike, Gatorade, Visa, Gillette, Steiner Sports, Movado, Rawlings, 24-Hour Fitness, and Avon.

“The Captain” is a five-time Gold Glove winner along with hitting .310 for a career average.

The wealthiest of all the richest baseball players is easily Alex Rodriguez. Ridiculously, A-Rod made about $455 million in total salaries while playing with the Mariners, Rangers, and Yankees.

Moreover, Rodriguez has signed a pair of lucrative 10-year contracts in his playing days. His deal with the Rangers was worth $252 million, while the contract with the Yankees totaled $275 million.

Lastly, A-Rod profited tens of millions from deals with companies such as Nike, Louisville Slugger, Rawlings, PepsiCo, Giorgio Armani, Radio Shack, amongst others.

Top 20 Richest Race Drivers Ranked by Their Net Worth 2022

Top 20 Richest Soccer Players Ranked by Their Net Worth 2022