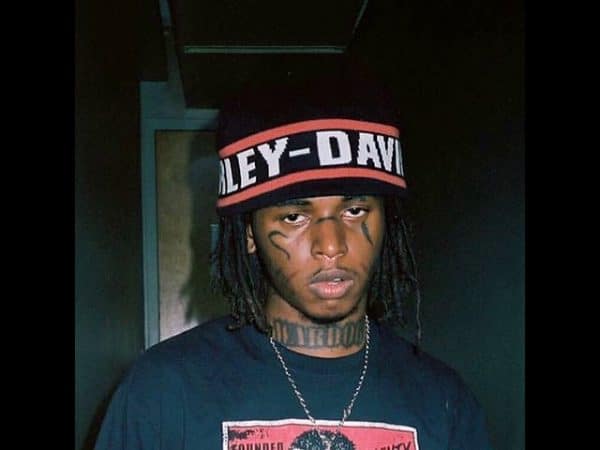 ZillaKami is a 22-year-old American rapper. He is best known as one-half members of hip hop group “City Morgue”. Previously, he was known for his collaboration with rapper, 6IX9INE. As of 2022, ZillaKami net worth is estimated to be around $300 thousand.

Junius Rogers was born on September 20, 1999, in Islip, New York, United States. He has not provided brief information about his early life and parents. ZillaKami was grown up in Bay Shore, playing football. For his study, he attended Bay Shore Senior High School.

He has been interested in heavy metal and hardcore punk songs since he was a kid. In fact, he was grown up listening to songs of the rock bands “Title Fight” and “Radiohead”. He even formed a punk band, including some of his friends from school. ZillaKami created a band, getting influenced by the hardcore rock band, Gorilla Biscuits.

ZillaKami Net Worth & Career in Rapping

ZillaKami put an initial step towards hip hop music as a writer. He even wrote few songs. During the time, the rapper 6IX9INE shows interest to work on his song. Within some time, both came up with a song titled “Yokai”, which was released in 2016. The official video of the song received over 19 million views on YouTube.

You May Also Like:   Chase B Net Worth (Rapper): Height, Age, Wiki & Real Name

After delivering a hit song, both collaborated again for another song titled “Hellsing Station”. The song went on to create another milestone for ZillaKami. It received over 10 million views on YouTube. The duo falls apart in 2017 after ZillaKami shared a picture of 6IX9INE, in which he was getting into a sexual act with a thirteen years old girl.

ZillaKami dropped his first EP titled “LifeIsAHorrorMovie” on April 30, 2017. In 2018, he paired up with SosMula and formed a new hip hop group named City Morgue. They dropped their first EP “Patient” in August 2018. The duo worked on a few songs and came up with their first album “City Morgue Vol 1: Hell or High Water” on October 12, 2018.

ZillaKami and SosMula were creating a magical environment by delivering some amazing songs. They earned further recognition after releasing their second album titled “City Morgue Vol 2: As Good As Dead” on December 13, 2019. The hip-hop pair released a mixtape titled “Toxic Boogaloo” on July 31, 2020.

His most recent song titled “Chains”, was released on March 20, 2021. The song has already received over 1.4 million views on YouTube, in just 2 weeks of release.

The 22-year-old rapper from New York currently stands at a height of 5 feet 7 inches or 170 cm tall and weighs around 62 kg or 136 pounds. His body measurements like chest size, waist size, and arms size are not available at the moment. Meanwhile, his eyes color and hair color are both dark brown. He also has several tattoos on his body including the word “Wardog” on his neck.

ZillaKami is possibly single at present moment. There is no news of him getting involved in any relationship. He might be busy composing his new songs. It is also possible that he is dating someone, and doesn’t want anyone to let him know about his love affairs.

ZillaKami has gathered an estimated fortune of $300 thousand by 2022. He is still going strong on his music work. The young rapper might add a huge amount in the future if he wins the heart of his fans like he is winning in recent days.