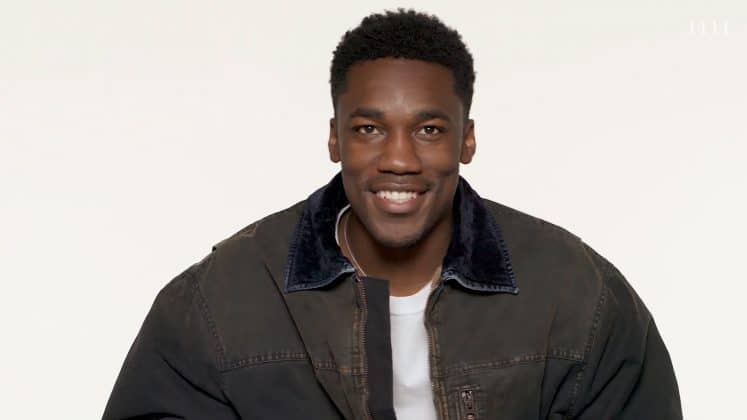 Giveon is a famous R&B singer and songwriter from the United States. Giveon claimed prominence after he was featured on Drake’s hit song “Chicago Freestyle”. He has given several hit songs like “Heartbreak Anniversary” and “Like I Want You”. As of 2022, Giveon net worth is estimated to be around $1 million.

Giveon was born on February 21, 1995, in Long Beach, California, United States. He was raised by his single mom along with two brothers. Giveon found his passion for music since he was a kid. He also used to sing at birthday parties. His mother has always stayed by his side. She knew from the beginning that he could do some magic in the music field.

Regarding his education, he has completed his high school education at Long Beach Polytechnic High School. As he wanted to learn music, he got enrolled in the music education program at Grammy Museum. There, he listened to the inspiring voice of a singer, Frank Sinatra which influenced him to pursue a career in music.

Giveon took the first step towards his musical dream by releasing the first single titled “Garden Kisses” in 2018. Though the song didn’t receive a good response as expected, he continued to work on his dream. After a year, he came back with the song titled “Like I Want You”. The song became quite popular which earned him some early recognition.

You May Also Like:   Susan Crow Net Worth: How Rich is Tony Bennett's Wife Actually?

In February 2020, Giveon was featured on Canadian rapper, Drake’s song “Chicago Freestyle”. The song was initially released on YouTube and SoundCloud. In May 2020, the song was released with Drake’s mixtape “Dark lane Demo Tapes”. After that, the song received an overwhelming response from audiences and became a big hit. It reached at No. 14 spots on Billboard Hot 100 chart.

In March 2020, he released his first EP titled “Take Time”. His golden voice became successful to impress all audiences. It peaked at the top spot on the Heatseekers Albums chart. The EP also received positive reviews from music critics. It even received a nomination at the 2012 Grammy Awards for Best R&B Album.

On October 2, 2020, Giveon released his second EP titled “When It’s All Said and Done”. The EP became a massive hit which peaked at the 93rd spot on Billboard 200. The lead song from EP titled “Stuck On You” was the most loved song by audiences. He even gave a live performance of the song on the late-night talk show “Jimmy Kimmel Live!”.

Giveon released the mixed-up album of his first and second EP naming it “When It’s All Said and Done… Take Time”. The EP also includes a new single titled “All to Me”.

Giveon is currently dating singer and rapper, Justine Syke. He has been dating her for few months. The couple is having a great time with each other at present time. In December 2020, they went on a trip to Jamaica with their family and close friends.

Recently, they were caught in Brooklyn walking back to their apartment. They were returning to their home after having a two-hour romantic dinner date.

Giveon’s personal fortune is estimated to be around $1 million by 2022. He has generated a big sum all from his music career. If he will give more hit music projects in the coming future, he will soon be gathering more amount to his current net worth value.