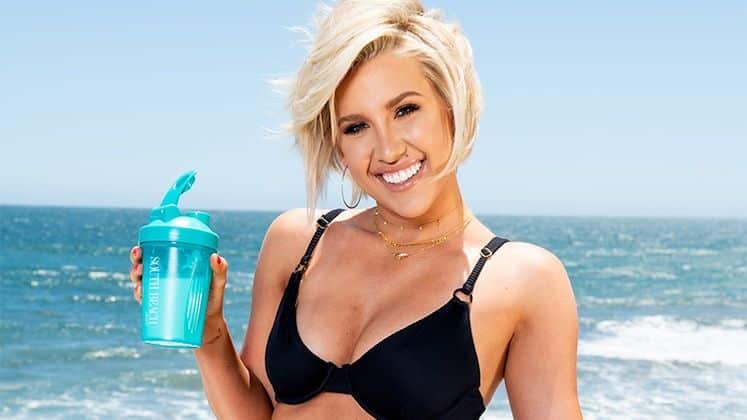 Savannah Chrisley was born in August 1997 in Atlanta, Georgia. She was born to reality TV couple, Todd and Julie Chrisley. Savannah has four siblings, Chase, Lindsie, Kyle, and Grayson Chrisley. Not much is discovered about her academic achievement.

Savannah started her career by competing in a beauty pageant and talent competition in Miss Tennessee Teen USA in 2015. She ultimately won the talent show by her incredible display of intelligence and beauty. Following that, she competed in the Miss Teen USA pageant in 2016. Nevertheless, she couldn’t go further in the beauty pageant and finished below the top five of the competition.

Savannah is mostly recognized for her appearance in the USA Network reality series, Chrisley Knows Best. The first episode of the reality series aired in 2014. Savannah has also appeared on numerous TV shows such as Steve Harvey, The Wendy Williams Show, and Home Family. Moreover, she and her brother, Chase has appeared together on their own show, Growing up Chrisley. Likewise, she made an appearance in the 2016 TV movie, Sharknado 4: The 4th Awakens.

Alongside her appearance in the reality show, she runs a health and beauty brand, Savannah Chrisley. Some of her beauty brands include lip kits, sleeping eye masks, moisturizers, and lip gloss. Additionally, she sells eyeshadow palettes and many other beauty products. Savannah is also a bona fide social media influencer. In fact, she has more than 2.6 million followers on Instagram. Savannah is also seen advertising her own beauty line on her Instagram.

Savannah has likewise launched two clothing lines with glorious reviews. She partnered up with HSN in 2017 and released her first clothing line called Faith Over Fear. The designs of the clothing line were striking and the clothing apparel was widely appreciated as well. After getting success and appreciation, she worked on the idea of producing another clothing line.

Eventually, she launched her second collection in collaboration with fashion giant, Rampage in the Fall of 2019. Her second clothing line, Rampage x Savannah Chrisley contains extraordinary designs that have fascinated the whole fashion world.

Savannah Chrisley was in a relationship with NBA player, Luke Kennard in June 2017. In early 2017, she was rumored to be in a relationship with NBA player, Chandler Parsons. Prior to that, she dated her boyfriend, Blaire Hanks for two years. In 2018, she started dating former professional ice hockey forward, Nic Kerdiles. She also get engaged to him, however, the pair broke up after two years in September 2020.

Savannah seems to have gotten back together with her ex-beau, Nick as they often appear together Live on Instagram. On November 21, Savanna’s parents, Todd and Julie were sentenced for fraud and tax evasion. After her parents’ sentencing, Savannah shared a pointed quote by the pastor, Kimber Jones on her Instagram.

Previously, Savannah and her mom, Julie appeared together in a podcast titled Unlocked with Savannah Chrisley in October 2022. In the episode, the mother-daughter duo was seen getting emotional. In the same episode, Savannah stated that her mom is handling her current legal issues better than her.

Savannah Chrisley’s net worth is estimated to be around $500 thousand as of 2022. She is reportedly earning $42,000 per month for being a part of the reality show, Chrisley Knows Best. Additionally, she is getting a hefty sum from running a health and beauty brand and two clothing lines. Savannah likewise gets a massive payout for representing any brand or product on her Instagram page.

Sinbad Net Worth 2022: How Rich is the Comedian Actually?

Grayson Chrisley Net Worth: How Rich is Todd Chrisley’s Son?