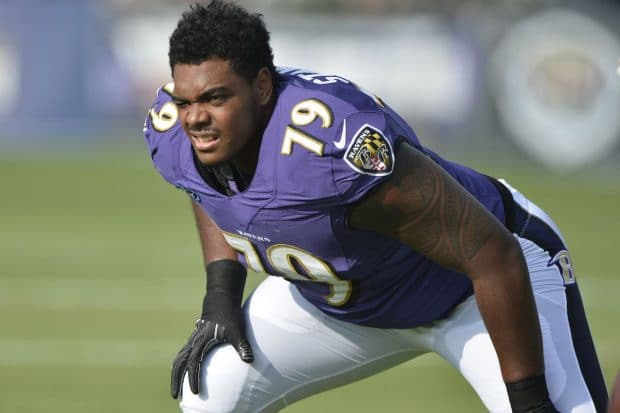 Ronnie Stanley is an American football who plays as an offensive tackle for the Baltimore Ravens of the National Football League. As of 2022, Ronnie Stanley net worth is estimated to be $30 million.

Stanley was born on March 18, 1994, in Las Vegas, Nevada to Juli Stanley and Ron Stanley. He went to Bishop Gorman High School in Las Vegas where he played varsity basketball and football.

Coming out of high school, Stanley was considered a four-star recruit by Rivals.com and was rated as the 15th best offensive tackle prospect of his class. He committed to the University of Notre Dame to play college football.

Stanley played college football at the University of Notre Dame from 2012 to 2016. As a freshman, he played in only two games. As a sophomore, he started in all 13 games and was a part of the team that allowed just eight sacks. In his junior year, he moved to left tackle where he started all 13 games and allowed only just one sack all year. After his senior season, he decided to enter the NFL Draft.

You May Also Like:   Christy Martin Net Worth: How Rich is the Former Boxer Actually?

Ronnie Stanley was selected by the Baltimore Ravens on the first round of the 2016 NFL Draft. He signed a four-year, $20.48 million contract, including a signing bonus of $13.09 million. His professional debut came against Buffalo Bills where the Ravens’ won 13-7. He started in a total of 12 games and gave up three sacks. In his rookie season, Stanley received the third-highest grade among all rookie offensive tackles behind Jack Conklin and Taylor Decker.

In 2017, he started in 15 games and was responsible for giving up three sacks and 23 quarterback hurries. That year, he was ranked 13th best-left tackle. In 2019, the Ravens picked up the fifth-year option on Stanley’s Contract. On January 3, 2020, he was assigned a First-team All-Pro.