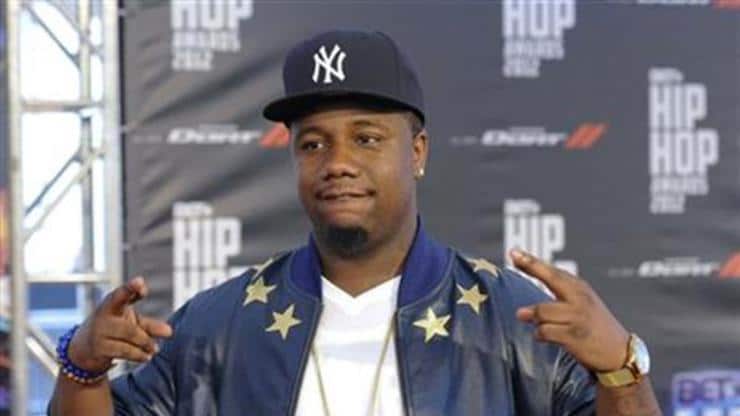 John Ancrum popular as Murda Mook is a renowned American rapper. He is considered one of the best battle rappers of all time. Mook is often known as “King of Battle Rap”. Mook rose to fame after releasing several hip-hop DVDs. He has co-founded the rap ground called “Dot Mob”. As of 2022, Murda Mook net worth is summed up to be around $750 thousand.

Murda Mook was born on December 15, 1984, in Harlem, New York, U. S. Nothing much is known about his early life and family details. Considering his successful rap career, he seems to have an early interest in rapping.

Mook started off career as a battle rapper. Early in his career, he has faced some popular rappers like Loaded Lux and T-Rex. He came into notice after he battled with Jae Millz on 2002 SMACK DVD. The rap battle was broadcast on MTV’s show “Making the Brand”. The video has been loved by the audiences and is often listed as one of the best rap battle videos of all time.

Murda went on to gain more popularity after facing other rappers like Serius Jones, Party Arty, and Yount Hot. Besides battling at SMACK events, he also performed a rap battle on MTV2’s “Monday Night Fight Club”. During his appearance on MTV, he got a chance to shine after facing the rapper French Montana.

Later, he returns back to SMACK/URL events on Summer Madness 2 where he faced Iron Solomon. Mook agreed to face Solomon after he was paid whopping amount of $20,000. After the battle, he faced a famous battle rapper, Loaded Lux on the Total Slaughter rap battle event. After the match with Lux, he took a break from rap battle for four years.

Mook’s recent rap battle performance came at Summer Impact Reloaded event, where he faced Brizz Rawsteen and T-Top. However, the battle didn’t reach to a conclusion as it was ended in its 1st round because of some argument.

Besides rap battle, he has also established himself as a true hip-hop artist releasing two albums “The Untouchable” and “Murda He Wrote”. Mook has additionally released few mixtapes and singles.

Murda has also founded the rap group “Dot Mob” along with his cousin T-Rex and rapper, Dutch Brown. His most recent mixtape with Dot Mob titled “Voices” released in 2016.

Murda Mook is a married man. He has been spending happy married life with a lady named Nia since long time. However, he has not shared much information about his love story with her yet.

On 27 May 2016, he wished Nia a Happy Birthday through Facebook. From sources, it is revealed that Nia owns a wig store. Mook has two daughters with wife Nia.

You May Also Like:   Rick Ross Net Worth: How Rich is the Rapper Actually?

Murda Mook has accumulated the total fortune of $750 thousand by 2022. He has generated a big amount from his rap battle career. Mook is currently busy working on his future albums. After the release of his future music projects, his net worth value will surely increase.