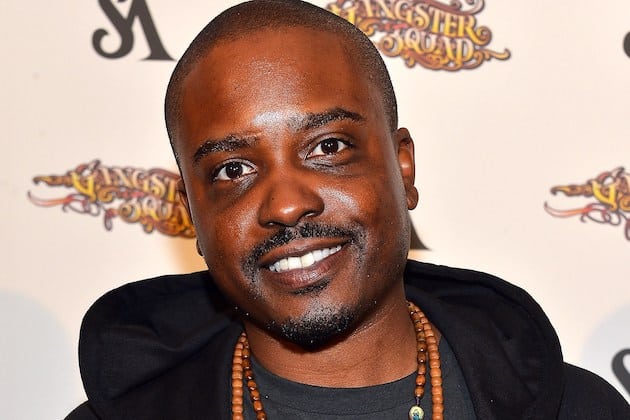 Jason Weaver is an American actor and singer. He is best known for his role as Marcus Henderson on The WB sitcom, Smart Guy. Weaver is also recognized for being the singing voice of the young Simba in the 1994 movie, The Lion King. He is likewise known for being featured on the 2004 hit song, One Call Away. As of 2022, Jason Weaver net worth is roughly around $4 million.

Jason Weaver was born to Marilyn “Kitty” Haywood and Robert Lincoln in July 1979 in Chicago, Illinois. His mom has been a key member of the Chicago-based female vocal band, Kitty & the Hayoods. He completed his high school graduation from Thornwood High School.

Weaver started his acting career in 1990 by appearing as the main cast on ABC’s drama series, Brewster Place. That same year, he appeared as Franklin Cotter in the historical drama movie, The Long Walk Home. In 1992, he was featured as the young Michael Jackson in the TV mini-series, The Jacksons: An American Dream. Following that, he portrayed the main character of Jerome Turrell on ABC’s sitcom, Thea.

Jason continued his acting journey by appearing in other various TV series such as Smart Guy, Scruff, Let’s Stay Together, and Black-ish. Jason has also been recognized as the Young Simba’s singing voice in the 1994 animated musical drama, The Lion King. Similarly, he has appeared in various movies such as Freedom Song, Drumline, The Ladykillers, ATL, Love For Sale, Jada, Lottery Ticket, and Dysfunctional Friends. His recent movie appearance came as Willie the Silly DJ in the 2021 movie, AM Radio.

Weaver is currently appearing as Rashaad “Shaad” Marshall in the drama TV series, The Chi. Besides acting, he is also a recording artist and singer. He released his first album, Love Ambition on Motown Records in June 1995. Jason collaborated with hip-hop rapper, Chingy on the song, One Call Away in 2003. The hit single peaked as a Top 5 hit song in the U. S.

Jason appeared in an interview with Vlad TV in October 2019. In an interview, he said Disney offered him a whopping $2 million check for being the singing voice of Young Simba. However, at that time, his mom was not satisfied with the idea of her son receiving one flat rate. His mother was smart enough to realize Disney’s future revenue in over time. Weaver was in his teenage years at the time. After his mother’s intervention in a one-time settlement payment, he instead opted for royalties.

Weaver subsequently received far less amount than Disney’s initial offer of $2 million as his first check. He recalled getting close to $100,000 upfront as his first check including a share of royalties. Weaver seemed grateful toward his mother as he eventually made far more that the original offer of Disney.

You May Also Like:   Ned Beatty Net Worth: How Rich was the Actor Actually?

Jason Weaver is married to a lady named Myra Weaver. Along with his wife, he shares a son named Jaylen Zylus. As per the sources, he dated his present wife, Myra for a long time before tying the knot. They became the parents of their son, Jayson in 2001.

Jason Weaver’s personal worth is estimated to be around $4 million as of 2022. He received a Young Artist Award in 1993 for his debut with Laura Williams as a Young Simba in the 1994 movie, The Lion King. Likewise, he won the Young Artist Award in the category of Best Performance by a Young Actor in a Voiceover – TV or Movie. Weaver reportedly earns checks to this day as royalties for his work in the movie, The Lion King. His total earnings have in fact topped the original Disney’s $2 million offer.