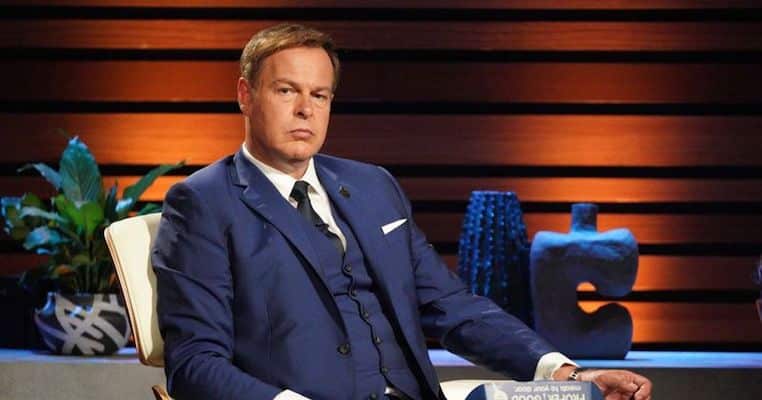 Peter Jones is a British businessman, entrepreneur, and reality personality. He has been involved in various industries such as leisure, mobile phones, television, retail, and property. Jones is best known for being the last remaining original investor on BBC’s reality program, Dragons’ Den. As of 2022, Peter Jones net worth is roughly around $400 million.

Peter Jones was born on March 18, 1966, in Berkshire, England. He spent his early days in Langley. When he reached 7, his family shifted to Maidenhead. Both his parents were working full-time in their business. Jones shared that when he was 7, he would sit in his dad’s chair and pick up the telephone pretending that he was closing a big deal. For his study, he attended the Desborough School. Thereafter, he joined The Windsor Boys’ School.

Jones served as an assistant tennis coach when he was just 12. After reaching 16 years of age, he launched his first business where he made personal computers and sold them under his own brand. However, he couldn’t gain enough profit from the business and sold it to IBM with a loss of £200,000. Peter mentioned in an interview with The Times that he failed in his computer business when he was in his 20s. Due to a loss in business, he had to give up his 3-bedroom house in Bray along with his cars.

You May Also Like:   Bob Baffert Net Worth: How Rich is the Racehorse Trainer in 2022?

Then, he moved back to his parents. Following that, he started working for the IT company, Siemens Nixdorf. He went on to set up his next business venture called Phones International Group in April 1998. Then, in 2005, along with Theo Paphitis, he purchased a gift experience company, Red Letter Days from fellow Dragon panelist, Rachel Elnaugh. Then, between 2004 and 2008, he founded other business ventures including an online retailer, Wines4Business.com.

Peter has likewise made investments in other business ventures such as a British bi-monthly magazine, Wonderland Magazine, and Square Mile International. In addition to that, he is the owner of a TV production company, Peter Jones TV. In 2011, he sold part of the Phones International Group, Wireless Logic for a whopping £38 million. He also owned the British photographic retailing company, Jessops in 2013.

Jones has also made appearances on several reality TV shows. He has been the sole remaining original Dragon on BBC’s reality program, Dragons’ Den. The reality show started in January 2005 and has produced 19 series to date. In the reality show, he was seen having regular conflicts in the Den with Scottish entrepreneur and former Dragon, Duncan Bannatyne.

Jones has also been a part of ABC’s reality series, American Inventor. The idea of the reality show was invented by Jones himself and later he sold his idea to the American Broadcasting Company. He was one of the judging panel on the show in 2007. Jones later appeared on GMTV in September 2006 to discuss about his new IV show, Tycoon and Dragon’s Den. The new ITV show was produced by the Peter Jones Television company.

Peter Jones is currently in a relationship with an interior designer, Tara Capp. Together, they share three kids named Natalie, Isabella, and Tallulah. His present lady love, Tara is a successful interior designer who has launched her own lifestyle e-commerce business, Truly. Previously, Jones was married to Caroline. From his first wife, he has two kids named Annabelle and William.

Peter Jones’ net worth is estimated to be around $400 million as of 2022. He has been the richest of all the Dragons for a long time. Jones purchased a 6-bedroom house worth £2.67 million in 2014. Later, he put his house for sale on the market for £3.1 million.

Additionally, he also owned a different Buckinghamshire estate that he purchased for £7 million in 2009. Jones also has a collection of several luxury sports and classic cars including an Alfa Rome Alfasud, which was also his first car.