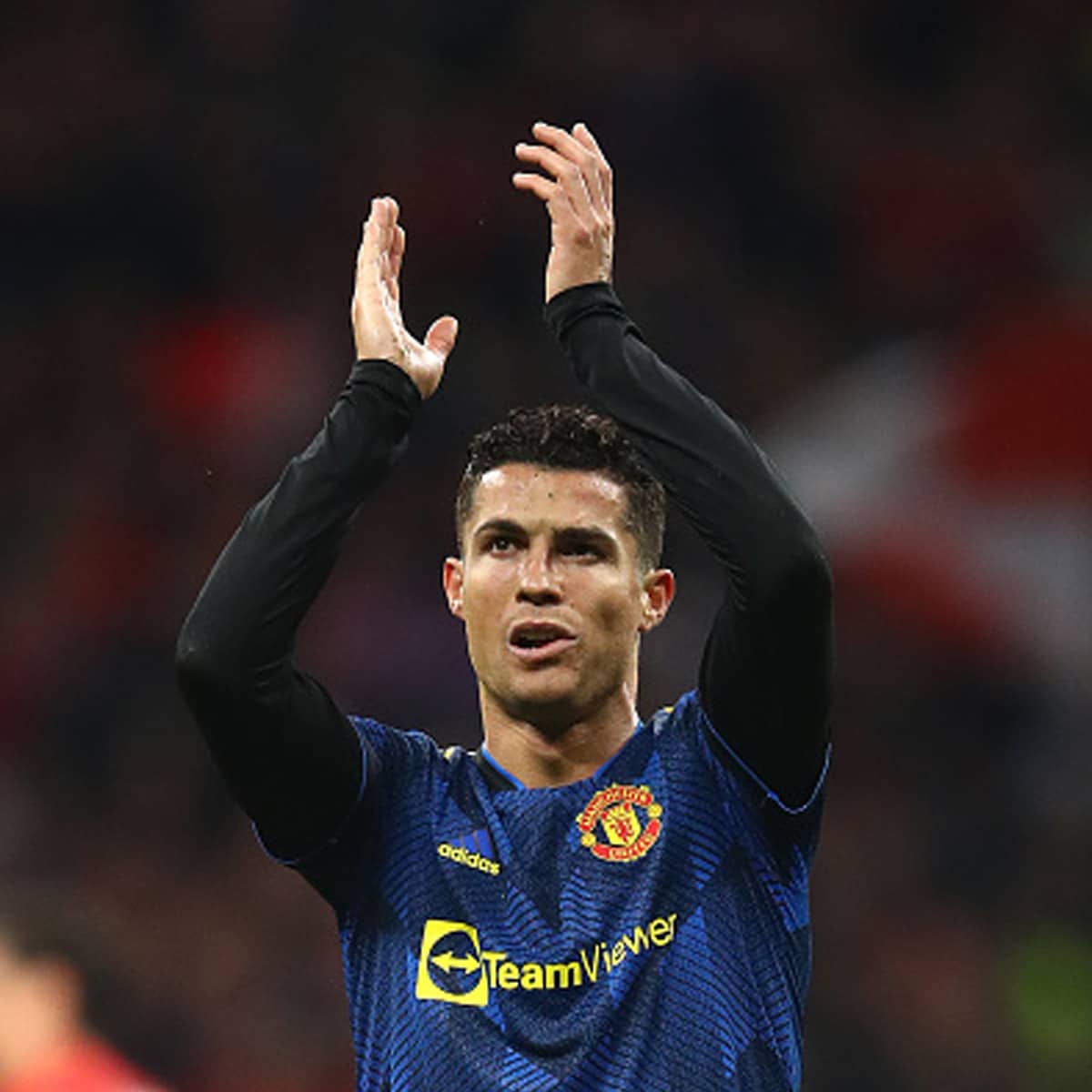 The 20 richest athletes on the entire planet according to their net worths can be found below. Competitors from all around the world and across a variety of different sports made their way onto the list.

We have gathered information from a plethora of different sources including Forbes, The Richest, Business Insider, and Celebrity Net Worth to determine the net worth figures of the richest athletes on the planet.

Note: This list is made up of exclusively active athletes. Meaning, players like the recently retired Tom Brady will not be included.

The first entry on the list goes to Northern Ireland’s Rory Mcilroy. Currently, the golfer is ranked number five in the world in his profession. In 2012, he became the second-youngest to ever attain the world’s top rank.

Through 20 victories on the PGA Tour, to go along with 14 wins on the European Tour, Mcilroy has made $70 million in career earnings thus far.

Add that with his lucrative Nike deal, which is rumored to be around $200 million, and you have one of the richest athletes on the planet as of 2022.

Since entering the league in 2003, Carmelo Anthony has put together what’s likely to be a Hall of Fame NBA career. The scoring forward has made millions through his contracts and endorsements.

For starters, his heftiest contract came with the New York Knicks when he signed a five-year deal worth $124 million in 2014. Meanwhile, his estimated career earnings come in at $262.5 million.

The game’s greatest shooter ever was drafted with the seventh pick in the 2009 NBA Draft by the Golden State Warriors. He’s a three-time champ, a two-time league MVP, and a future first-ballot Hall of Famer.

Curry has already made north of $250 million in salary over his 13-year career. Currently, he’s making $40 million per season under his contract.

It’s reported that he makes over $30 million a year just from endorsements. He has reached partnerships with brands such as Under Armour, Nike, and TCL. His signature Under Armour sneaker has been wildly popular.

The Seattle Supersonics selected Russell Westbrook out of UCLA with the fourth pick in the 2008 NBA Draft. The triple-double machine is a league MVP (2016-17).

Remarkably, before taxes, Westbrook has made over $338 million throughout his career. Now, he is making $41 million a year on his current contract.

The point guard has his own signature shoe line with the Jordan Brand at Nike, which has been extended through 2027.

James Harden, a.k.a “The Beard”, was taken with the third pick in the 2009 NBA Draft by the Oklahoma City Thunder. The southpaw guard is a league MVP (2017-18) as well as a seven-time All-NBA selection.

Over the course of his 15-year career, Harden has made roughly $268 million from his contracts.

On top of that, he has inked endorsement deals with brands such as Adidas, Beats Electronic, BodyArmor, Stance Socks, and State Farm Mutual Auto Insurance.

Throughout his storied tennis career, Rafael Nadal has won a record 21 Grand Slam singles titles. His total earnings dating back to his pro debut in 2001 come in at an estimated $127 million.

Moreover, he has reached partnerships with brands like Santander, Emporio Armani, Babolat, Heliocare, Telefonica, Banco Sabadell, Tommy Hilfiger, Mapfre, and many others.

The lefty has an insane luxury car collection in front of his mansion located in Mallorca, Spain.

Kevin Durant was taken out of the University of Texas by the Seattle Supersonics with the second pick in the 2007 NBA Draft. The forward won an MVP, two titles, to go along with a pair of Finals MVPs.

KD has reeled in $303 million throughout his storied NBA career. Not only that, but he has endorsements from such companies as 2K Sports, Degree, Master & Dynamic, and Nike.

The lone mixed martial artist on the list is none other than “The Notorious” Conor McGregor. The former two-division UFC champion is a household name due to his performances inside the cage as well as his antics outside of fighting.

Remarkably, he has made just over $25 million from fighting in the UFC octagon. That accompanies the $30 million he made from his one and only boxing bout against Floyd Mayweather.

As far as endorsements go, McGregor has deals with Monster Energy, Draft Kings, and Beats by Dre. Additionally, the Irishman has his own brand of whiskey named Proper No. Twelve.

As of 2022, the PSG forward is making a ridiculous $76 million per year. To break that down, Neymar earns $8 million a month, $1.85 million per week, and a little over three dollars every second.

In the past, he had deals with Nike, Gilette, Mastercard, and Beats by Dre.

Ken Block is an American professional rally driver. However, a good portion of his net worth has come from him co-founding and then selling the skateboard footwear company DC Shoes for $87 million in 2004.

Over the years, Block has worked with car dealers such as Subaru, Ford, and most recently, Audi.

Novak Djokovic comes in just one Grand Slam singles title behind Nadal (20). In total, he has raked in around $154 million in career earnings. He’s one of three tennis players to amass over $100 million in prize winnings.

All of his success has led to him receiving endorsements deals with French automaker Peugeot, clothing brand Lacoste, and Swiss watchmaker Hublot. In summation, Djokovic has $30 million worth of sponsorships.

The one and only female athlete to crack the top 20 richest athletes list is Serena Williams. Perhaps the greatest female tennis player of all time, Serena’s dominance has stretched over the span of a decade-plus.

As of 2022, she has won 23 Grand Slam singles titles. To go along with that, brands like Wilson, Gatorade, Delta Air Lines, IBM, Pepsi, Beats by Dre, JP Morgan Chase, Audemars Piguet, Bumble, Upper Deck, and Intel have all paid her to be their spokesperson.

Who knew that auto racing paid so handsomely? Well, Fernando Alonso can speak to that first hand as he has been making about $40 million a year from his salary and endorsements.

The decorated racer has inked endorsement deals with Citibank and Pirelli, while also launching his own lifestyle brand called KIMOA.

Lewis Hamilton is undoubtedly the most recognizable Formula 1 racer on the planet. He’s one of the richest athletes in general as well.

Hamilton has some lucrative endorsement deals under his belt too. Earning $12 million from them annually, the racer has partnerships with Tommy Hilfiger, Gran Turismo Sport, Bell Helmets, MV Augusta Motorcycles, Monster Energy, Pune, IWC, Sony, Bose, amongst others.

The six-time PGA major winner has done quite well for himself over the span of his 30-year career. In terms of career earnings, Mickelson has accumulated just under $100 million off of the PGA Tour.

In addition to the money he’s made on the course, the lefty has raked in even more loot off of it by way of endorsements. Ready for this, Mickelson has made over $800 million from his sponsors throughout his playing time.

Brands like Callaway, Intrepid Financial Partners, KPMG, Exxon Mobil, and Rolex have endorsed the three-time Masters winner. However, companies have been pulling their sponsorships recently as a result of controversial comments that the golfer made.

The richest tennis player on the planet is easily Roger Federer. In terms of prize money, the star has made $130.6 million over the course of his lengthy career.

Federer is also sponsored by many luxurious brands such as Credit Suisse, Mercedes-Benz, Rolex, and Wilson. Meanwhile, in 2018, Federer signed an insane 10-year, $300 million deal with Japanese apparel brand Uniqlo.

Brace yourself, Lionel Messi makes approximately $40 million off of his endorsement deals since 2021. Not only that, but the superstar currently earns $34 million per year from his salary.

Messi’s sponsors include powerhouse companies like Adidas, Gatorade, MasterCard, Lay’s, Pepsi, along with the brands Huawei, Hawkers, and Ooredoo.

Go figure, the two greatest soccer players of this generation enter the list with the exact same net worth. When it comes to the richest athletes, Cristiano Ronaldo isn’t far from the pinnacle.

Additionally, Ronaldo possesses endorsements from many luxurious brands such as Herbalife, Armani, Tag Heuer, Clear Haircare, Altice, DAZN, and Nike. He figures to make $45 million annually from such endorsements.

Yes, that’s correct, Tiger Woods is the second richest active athlete on the planet at the age of 46. In the 25 years that Woods has been on the PGA Tour, the legend has made an absurd $2.1 billion in inflated-adjusted earnings.

Oh and how about this for a list of impressive endorsers: Bridgestone, Discovery Communications, Inc., Hero MotoCorp, Monster Energy, Nike, Rolex, TaylorMade, and Upper Deck.

In 2020 alone, Woods tallied $60 million off of his sponsorships. For his four days of incredible golf at the 2019 Masters, which resulted in a victory, Woods won $2 million. For him, that is nothing.

Over the course of his career, LeBron has made $330 million from his contracts. Couple that with his earnings from endorsement deals, merchandise, licensing, and his media business, and you have a man close to joining the billionaire’s club.

His deals with AT&T, Beats, Blaze Pizza, GMC, PepsiCo, Rimowa, and Walmart bring him over $100 million annually. Additionally, his lifetime partnership with Nike nets him $30 million per year.

“The King” also launched his own production company named SpringHill Entertainment and his own media company called Uninterrupted. When it comes to the richest athletes, LeBron James reigns supreme.