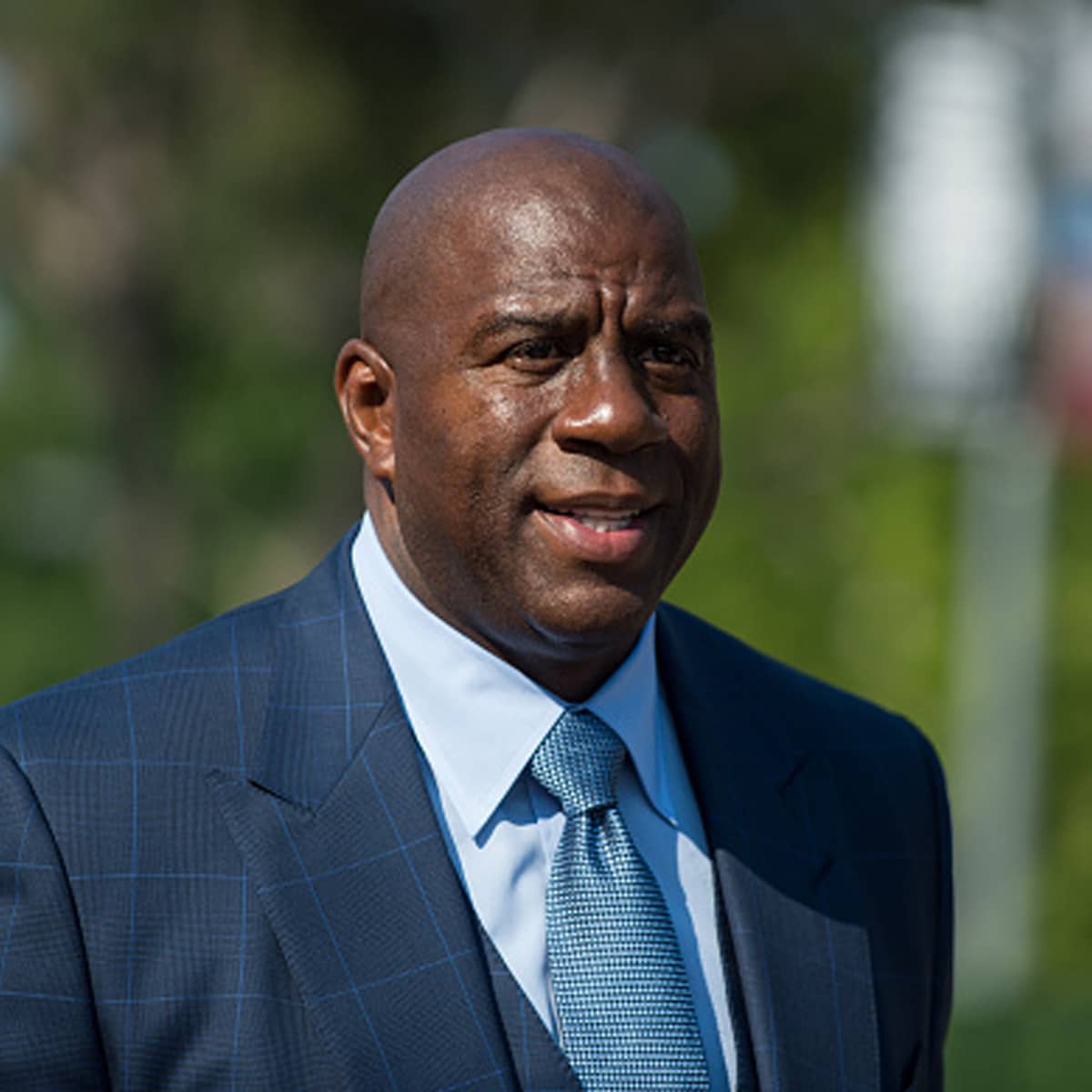 The 20 richest NBA players according to the net worths can be found below. Some of the following players are retired, while some are actively playing in the league. One of the names in the top three will surprise you.

We have gathered information from many different sources including Forbes, The Richest, and Business Insider to determine the net worth figures of the richest NBA players on the planet.

Before you begin reading the list, can you guess who the richest living NBA player in the world is? Also, try to guess who the surprise name towards the top of the list is because it is not a player you’d expect.

In 1995, Kevin Garnett was drafted straight out of high school by the Minnesota Timberwolves with the fifth overall pick.

According to Business Insider, KG made $326 million in total carer earnings. In 21 seasons played, Garnett won a championship, an MVP, and eventually was named to the NBA Hall of Fame.

Over the years, he inked endorsement deals with brands like Adidas, Nike, and AND1.

Gary Payton was drafted out of Oregon State University by the Seattle Supersonics with the second overall pick in the 1990 NBA Draft. The Hall of Famer won a championship in 2006 and was named Defensive Player of the Year in 1995-96.

In total, “The Glove” made a little over $104 million through his salaries. In addition to that, Payton made some money from his “Glove Wear” product line.

Dirk Nowitzki was drafted out of Germany with the ninth pick in the 1998 NBA Draft by the Dallas Mavericks. By the time he retired, Dirk won a title, an MVP, and was named to 12 All-NBA teams.

Forbes reports that the power forward raked in $242 million in career earnings. Moreover, he reached deals with brands like Nike and Panini during his playing days.

Tim Duncan was selected number one overall by the San Antonio Spurs in the 1997 NBA Draft. “The Big Fundamental” won five titles, three of which he was named MVP of, as well as a pair of regular-season MVP awards.

Arguably the greatest power forward of all time, Duncan amassed just shy of $246 million over the course of his career.

Also, he signed endorsements with top brands like Nike, Adidas, AT&T, and Bridgestone.

Dwight Howard was taken first overall straight out of high school by the Orlando Magic in the 2004 NBA Draft. The center is a three-time Defensive Player of the Year award winner.

The perennial all-star has made $234.5 million over the course of his career. He signed big multi-year deals with the Magic, the Los Angeles Lakers, and the Houston Rockets.

The big man has owned endorsements from Adidas, McDonald’s, Peak Sports, and Pixstory.

Yao Ming was drafted out of China in 2002 with the top pick in the draft by the Houston Rockets. Rapidly, he transformed into a global superstar, expanding the reach of the NBA into Asia.

In just eight years of playing because of injuries, Yao was named to eight all-star teams al with five All-NBA selections.

He made roughly $93 million in career earnings over the course of nine official years in the league. Impressively, he endorses Reebok and he also signed a multi-year global endorsement deal with McDonald’s. Lastly, he is a pitchman for household brands like Apple Computer Inc. and Visa.

Carmelo Anthony was taken out of Syracuse University with the third pick in the 2003 NBA Draft by the Denver Nuggets. He is a 10-time all-star and a six-time All-NBA player.

As far as earnings are concerned, Melo made over $260 million in career salaries. He inked big deals with Denver as well as the New York Knicks.

Additionally, he has been incredibly successful in terms of endorsements, signing with brands like Jordan Brand, Powercoco, Foot Locker, Isotonix, and watch maker Haute Time.

The game’s greatest shooter ever was drafted with the seventh pick in the 2009 NBA Draft by the Golden State Warriors. He’s a three-time champ, a two-time league MVP, and a future first-ballot Hall of Famer.

Curry has already made north of $250 million in salary over his 13-year career. Currently, he’s making $40 million per season under his contract.

It’s reported that he makes over $30 million a year just from endorsements. He has reached partnerships with brands such as Under Armour, Nike, and TCL. His signature Under Armour sneaker has been wildly popular.

Dwyane Wade was taken out of the University of Marquette by the Miami Heat with the fifth pick in the 2003 NBA Draft.

The future Hall of Famer made eight All-NBA teams, won three championships, including one Finals MVP award. His career earnings are estimated at $196 million.

Meanwhile, he has had endorsements with Gatorade, Hublot, New Era, and Panini. Furthermore, Wade has a lifetime deal with Li-Ning which included an equity stake in the company. He also purchased a minority stake in the Utah Jazz.

The Seattle Supersonics selected Russell Westbrook out of UCLA with the fourth pick in the 2008 NBA Draft. The triple-double machine is a league MVP (2016-17).

Remarkably, before taxes, Westbrook has made over $338 million throughout his career. Now, he is making $41 million a year on his current contract.

The point guard has his own signature shoe line with the Jordan Brand at Nike, which has been extended through 2027.

James Harden, a.k.a “The Beard”, was taken with the third pick in the 2009 NBA Draft by the Oklahoma City Thunder. The southpaw guard is a league MVP (2017-18) as well as a seven-time All-NBA selection.

Over the course of his 15-year career, Harden has made roughly $268 million from his contracts.

On top of that, he has inked endorsement deals with brands such as Adidas, Beats Electronic, BodyArmor, Stance Socks, and State Farm Mutual Auto Insurance.

Kevin Durant was taken out of the University of Texas by the Seattle Supersonics with the second pick in the 2007 NBA Draft. The forward won an MVP, two titles, to go along with a pair of Finals MVPs.

KD has reeled in $303 million throughout his storied NBA career. Not only that, but he has endorsements from such companies as 2K Sports, Degree, Master & Dynamic, and Nike.

David Robinson was picked first overall by the San Antonio Spurs in the 1987 NBA Draft. The center secured two NBA titles, a Defensive Player of the Year award, and an MVP.

As far as endorsements go, there isn’t much information given to the public. Yet, it’s assumed he has made some smart investments post-playing to make his net worth $215 million as of 2022.

Grant Hill was selected with the third overall pick in the 1994 NBA Draft by the Detroit Pistons. Injuries hindered his ceiling as a player, but he still managed to make five All-NBA teams.

Throughout his lengthy career, Hill amassed $140 million in salary earnings. He also signed a lifetime contract with Fila after he decided to hang it up.

After playing, the Duke product has made money as an analyst for networks like Turner Sports and NBA TV.

You May Also Like:   Top 20 Richest NFL Players Ranked by Their Net Worths

Hakeem Olajuwon was taken first overall in the 1984 NBA Draft by the Houston Rockets. “The Dream” won two titles, two Finals MVPs, a regular-season MVP, and a pair of Defensive Player of the Year awards.

Undoubtedly, one of the best centers ever, Hakeem made $110 million in total salary over his career.

Also, he held endorsement deals with LA Gear and Etonic early in his career before switching to Spalding. Furthermore, he made over $100 million in profits from the Houston real estate market.

Shaquille O’Neal was taken with the top pick in the 1992 NBA Draft by the Orlando Magic. “Diesel” is a four-time champ, a three-time Finals MVP, a league MVP, and a 15-time all-star.

Remarkably, Shaq is currently raking in about $16 million per year as an analyst working for TNT.

As a player, Magic only made about $22 million from his contracts. However, he has had many endorsements and partnerships with companies over the years.

Significantly, he previously had partnerships with Starbucks, 24 Hour Fitness, T.G.I Fridays, and AMC Theatres. Although he owned 105 Starbucks locations and a 4.5% stake in the Lakers, however, he sold both of them for a reported $100 million.

We’ve reached the biggest surprise on the list, Junior Bridgeman. He played 12 seasons after being selected eighth overall by the Lakers in the 1975 NBA Draft.

The vast majority of Bridgeman’s earnings have come after his playing days. He acquired much of his wealth through owning local Wendys and Chilis, which he sold in 2016. There was a time when he owned 160 Wendys and 118 Chilis restaurants.

Now, he owns both Ebony and Jet magazines. Moreover, he became a bottler for The Coca-Cola Company as President and CEO of Bridgeman Foods Inc.

Over the course of his career, LeBron has made $330 million from his contracts. Couple that with his earnings from endorsement deals, merchandise, licensing, and his media business, and you have a man close to joining the billionaire’s club.

His deals with AT&T, Beats, Blaze Pizza, GMC, PepsiCo, Rimowa, and Walmart bring him over $100 million annually. Additionally, his lifetime partnership with Nike nets him $30 million per year.

“The King” also launched his own production company named SpringHill Entertainment and his own media company called Uninterrupted.

The top spot on the richest NBA players list goes to none other than Michael Jordan. The Chicago Bulls took MJ with the third pick in the 1984 NBA Draft.

As far as career earnings are concerned, Jordan made roughly $94 million from his contracts. In the past, he was the spokesperson for industry giants Coca-Cola, McDonald’s, Wheaties, and Chevrolet. Currently, he is still partnered with Nike, Hanes, Gatorade, and Upper Deck.

Of course, the legend makes a ton of money from his Jordan Brand. At the end of 2019, it was estimated that the Nike Air Jordan brand was worth about $3 billion.

Top 20 Richest Rappers in 2022 Ranked by Net Worth