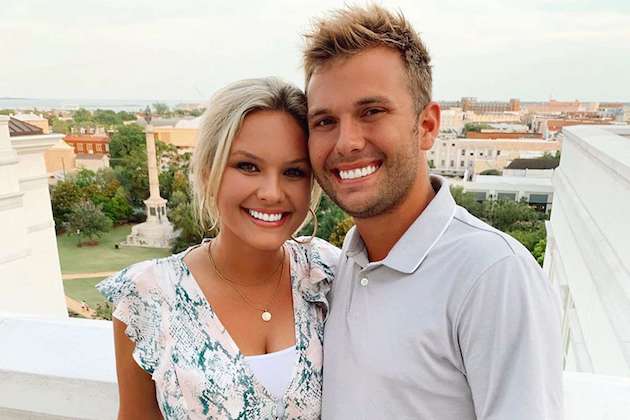 Chase Chrisley was born in June 1996 in South Carolina. He was born to a reality TV couple, Todd and Julie Chrisley. His father is a self-made multimillionaire real estate business tycoon. Chase grew up with two siblings, Savannah, and Grayson, and two half-siblings, Lindsie and Kyle Chrisley.

His sister, Savannah Chrisley is a beauty pageant competitor who won Miss Tennessee Teen USA in 2016. Likewise, his youngest brother, Grayson Chrisley is a budding entrepreneur who is trying to scale his sneaker business. Chase has not revealed any details on his academic achievement. However, it is believed that he studied in a private Christian school.

Chase is known to have an interest in sports and athletics from an early age. He even expressed his feelings to become a professional basketball player at some point in his life. Additionally, he always had a passion for candles since he was a little kid. He even wanted to release his own candle collection. His vision turned into reality after he released his first collection of beautifully scented luxury candle collections, the CCC-Chase Chrisley Collection.

Chase shared that he had always been passionate about candles since he was a little kid. While growing up with his mom, he always had romantic candles around the house. Due to that, he always felt overwhelmed with welcoming scents and he believed that candle scent can control the entire mood of the room. Chase apparently runs an E-commerce website that sells designer candles.

Chase is mostly recognized for his appearance on the USA Network series, Chrisley Knows Best. The reality series follows his multimillionaire father, Todd, and his family‘s day-to-day lives. Along with that, he and his sister, Savannah also appeared in their spin-off titled Growing up Chrisley. The latter reality series follows Chase and his sister, Savannah as they began an independent life and prove that they are now responsible young adults.

The Chrisley family’s three shows have been reportedly canceled in wake of Chase’s parents, Todd and Julie Chrisley’s prison sentences. As per the reports, the three popular shows, Chrisley Knows Best, Growing Up Chrisley and Love Limo are all canceled. However, according to the news outlet, the USA Network will air a shortened season 10 of Chrisley Knows Best in 2023. The several episodes were already filmed before Todd and Jullie were convicted of fraud.

The news broke out on Monday, November 21 that Todd was ordered to serve 12 years in prison, and Julie was given a sentence of 7 years. Additionally, the two were also given 16 months of probation. The Chrisley couple was indicted on 12 counts of tax evasion, and bank, wire fraud conspiracy in 2019. However, the couple denied all the allegations against them for years. According to them, the former employee, Mark Braddock was trying to get revenge on the family.

Chase Chrisley is currently dating his girlfriend, Emmy Medders. He is reportedly dating Medders since 2020. Chase eventually proposed to his girlfriend of 2 years on October 5, 2022, at First Horizon Baseball Stadium in Tennessee. While proposing to his girlfriend, he rented out the 12,000-seat stadium which had 175,000 rose petals on the field in the shape of a heart. Chrisley and Medder’s family members were also present on the special occasion. They were in fact witnessing the happy occasion hiding in the dugout.

Chase Chrisley’s net worth is estimated to be around $500 thousand as of 2022. he has most probably earned a considerable amount from being a part of the reality series, Chrisley Knows Best and Growing Up Chrisley. Additionally, he is also earning a good income from his candle collections business. Chase’s net worth has also been boosted over the years through his paid collaborations and sponsorship deals.

Haralabos Voulgaris Net Worth: How Rich is the Gambler Actually?

Greg Grippo Net Worth: How Rich is ‘The Bachelorette’ Star?