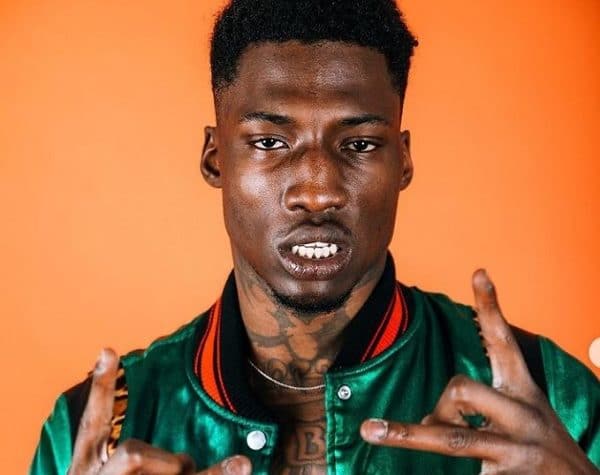 Ola Runt is an emerging American rapper from Atlanta. He is best known for his hit single “Feel Like Guwop” featuring Gucci Mane and “Mobbfather”. He received early recognition from the release of the remix song Crazy Story titled “Brazy Story”. As of  2022, Ola Runt net worth is estimated to be around $200,000.

Ola Runt stepped into this world on July 10, 1996, in Atlanta, Georgia, United States of America. He belongs to African-American ethnicity. He has not shared much detailed information about his parents. According to few sources, it is revealed that his parents were hustlers and his grandfather was a kind of vicious who frequently changed his job.

Ola was not very focused on his study since he was a kid. In fact, he left his high school study in grade 8. Though his mother wanted him to focus on his study, he never listened to her. The reason being he was not accompanied by good friends.

As he grew up older, he got indulged in criminal activities. He got arrested by police at 16 years of age on armed robbery charges. Ola spent 5 years in jail for his criminal act. After coming out of jail, he tried to spend normal life doing a regular job. However, he felt difficult to cope with his normal life and left the job in the end.

Ola was struggling to find a correct path and he started roaming around the street like in the past. But, his father came as a savior this time and told him to give it a try in music. Hearing a valuable suggestion from his dad, he started working on songs and released them on Soundcloud and YouTube.

In the initial phase of his music career, Runt released few songs like Church Cry, Hannibal, Donald Trump, 93 NIGHTZ, What It Cost, Outta Here and Out of Reach. In May 2019, he released a remix version of KingVon’s song Crazy Story naming it “Brazy Story”. The song gave him initial notice in the music field.

In April 2020, Ola came with the new song titled “MobbFather”. As the song hit the floor, it started getting overwhelming responses on all platforms. After few hit songs, he created other singles and released them on different music platforms.

Ola’s next big hit came after he released the song titled “Feel Like Guwop”. The song also features Gucci Mane. Ola reached the peak of his career with the song. After that, he kept on working on his other songs. He released his most recent song titled “Stray Dawgs” in February 2021.

The 25-year-old rapper from Atlanta currently stands at a height of around 5 feet 10 inches or 175 cm tall and weighs around 75 kg or 165 pounds. His body stats like chest size, waist size, and arms size are not available at the moment. Likewise, his hair color and eye color are both black.

Ola Runt’s present relationship status is still a mystery. Some times back on his Instagram, he appeared with his son. That makes us assumed that is he married or is in a relationship with someone. Though, his mysterious lady love’s name has not got revealed yet.

Ola Runt has successfully amassed an estimated net worth of around $200 thousand by 2022. He has generated all of his earning from his music career. Ola is still coming with his amazing singles which will raise the bar of his career and personal wealth for sure in the next few years.

An error has occurred, which probably means the feed is down. Try again later.
Related Topics:
Don't Miss