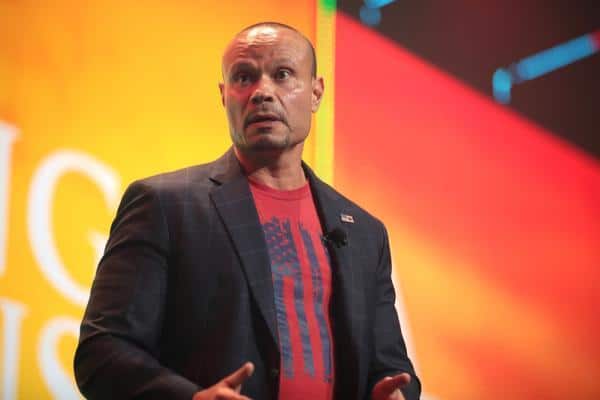 Dan Bongino is an American political commentator, politician, author, radio talk show host, and former Secret Service Agent. As of 2022, Dan Bongino net worth is estimated to be $9 million.

Daniel John Bongino was born on December 4, 1974, in New York City. He went to Archbishop Molloy High School and then attended Queens College where he received both bachelor’s and master’s degrees in psychology. Bongino then went to Pennsylvania State University where he received a Master’s in Business Administration.

Regarding his personal life, Dan Bongino is married to Paula Andrea who was born in Colombia. Together they have two daughters and they currently reside in Palm City, Florida.

Dan Bongino Net Worth and How He Make Money?

Before joining the US Secret Service, Bongino worked for the New York City Police Department for around 4 years. In 1999, he then joined Secret Service as a special agent. In 2006, he was assigned to the Presidential Protection Division during George W. Bush’s second term. He remained active on duty after Barack Obama became president. In May 2011, he decided to leave and run for the U.S. Senate.

In 2012, he ran unsuccessfully for the U.S. Senate in Maryland. He won the Republican primary with 33.8% of the vote but lost against the incumbent Democrat Ben Cardin with 26.6% in a general election.

Bongino has written several books to his name. His first one “Life Inside the Bubble” describes his career as a secret service agent. It discusses his experiences in protecting presidents George W. Bush and Barack Obama. He then launched his second book titled “The Fight: A Secret Service Agent’s Inside Account of Security Failings and the Political Machine” in 2016. Bongino also published a book titled “Spygate: The Attempted Sabotage of Donald J. Trump” in which he describes a theory alleging spying on Donald Trump by Barack Obama’s administration.

In addition to that, Bongino appears frequently on media shows. He often appears as a guest host for both the Sean Hannity and Mark Levin radio shows as well as on their FOX news programs. In December 2019, he launched the website ‘Bongino Report’ as an alternative to the conservative website Drudge Report. He also has his own YouTube channel where he shares his conservative views for his fans.

Dan Bongino Wealth over the years

Dan Bongino Net Worth compared to other conservatives

John Fetterman Net Worth: How Rich is the Politician Actually?