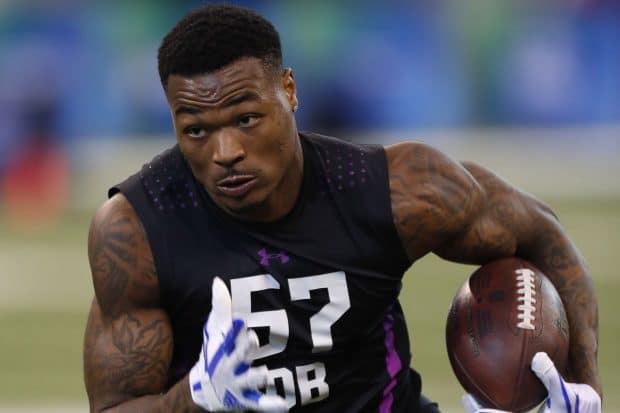 Derwin James is an American football player who plays in position strong safety for the Los Angeles Chargers of the National Football League. As of 2022, Derwin James net worth is estimated to be $3.5 million.

Born on August 3, 1996, in Haines City, Florida, James attended Auburndale High School where he started playing football. He then transferred to Haines City High School in his hometown. He was considered as a five-star recruit by Rivals.com and was ranked as the fifth-best player overall in his class. James decided to play college football at Florida State University.

He went to Florida State in 2015 as a backup but eventually became a starter. As a freshman, he played in 12 games recording 91 tackles, 4.5 sacks, four passes defended, two forced fumbles, and two fumble recoveries.

His sophomore year was cut short because of his knee injury. He played only two games with 11 tackles and an interception. James was granted a redshirt for next year. In 2017, he played in 12 games, recording 84 tackles, 2 interceptions, 11 passes defended, and a sack. At the end of the year, he decided to forgo his two years of eligibility and enter the NFL draft.

Derwin James was selected in the first round of the 2018 NFL Draft by the Los Angeles Chargers. He signed a four-year, $12.38 million contract including a signing bonus of $7.09 million.

James made his professional debut against the Kansas City Chiefs and recorded three combined tackles and broke up two passes. He was named to his first Pro Bowl in his rookie year and was ranked No. 31 on the NFL Top 100 players of the 2019 list. For his 2019 season, he played only 5 games due to a stress fracture in his right foot.