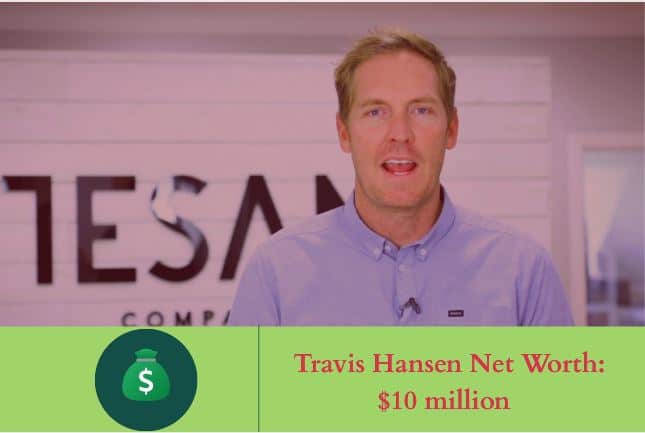 Travis Hansen is an American-Russian retired basketball player and entrepreneur. He is known for playing with the Atlanta Hawks of the National Basketball Association. As of 2022, Travis Hansen net worth is estimated to be $14 million.

Born on April 15, 1978, in Utah, Hansen started playing basketball while he was at Mountain View High School. During his time there, he averaged 18.6 points per game, 7.5 rebounds per game, and 7.5 assists per game. He was also the team captain when his school was named Region Champions and Consolation Champions in 1996.

During his time at BYU, he was a two-time All-MWC selection, MWC Defensive Player of the Year, and two-time All-District selection.

In 2003, Hansen was selected by the Atlanta Hawks in the NBA draft. He played a total of 41 games in his first season, starting four, averaging 3 points per game. However, due to a stress fracture in his right foot, he was unable to play and missed the next 40 games. His career-high was against the Bolton Celtics, where he played 41 minutes and scored 14 points along with 6 rebounds and 4 assists.

After one season with Atlanta Hawks, he signed a two-year deal with TAU Ceramica, with whom he won the 2005 Spanish Supercup, the 2006 Spanish King’s Cup, and back-to-back appearances in EuroLeague Final. Hansen then went on to play for Russian team Dynamo Moscow and Khimi, and Spanish team Real Madrid.

After retiring from basketball in 2011, he has been active in several entrepreneurial activities. In 2013, he co-founded the company called “Life Credit”. He is also the founder of Tesani Companies. It is a US-based holding company that starts, buys, and invests in other great businesses.

Hansen has also been involved in philanthropic activities. In 2007, Hansen and his wife LaRee founded the Little Heroes Foundation. It was later renamed Sunshine Heroes Foundation. The foundation helped built 10 children’s centers around the world including in places like Africa, Russia, Thailand, Nepal, Panama, and Nicaragua.

Regarding his personal life, Hansen is married to LaRee. Together, they have five children and reside in Mapleton, Utah.