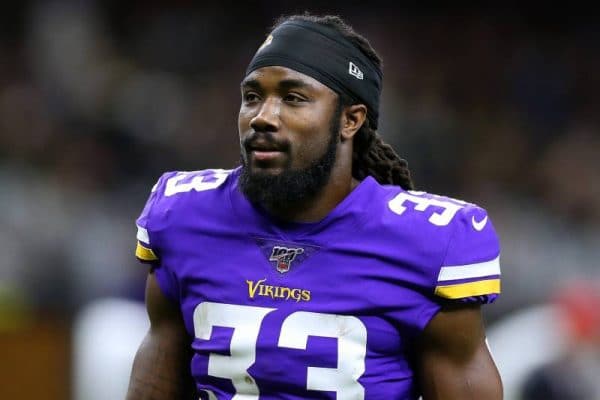 Dalvin Cook is an American NFL player who plays as running back for the Minnesota Vikings of the National Football League. As of 2022, Dalvin Cook net worth is estimated to be $20 million.

Cook was born on August 10, 1995, in West Little River, Florida. He went to Miami Central High School where he started playing football. In his junior year, he didn’t play much of football but as a senior in 2013, he rushed for a country-best 1,940 yards and 34 touchdowns on 177 carries and three passes interception on defense. He led his team to the Class 6A state championship with a win over Seffner Armwood. He was named Mr. Florida Football that year.

For the 2016 season, he ended his career with 4,464 rushing yards. He also helped his team to win Orange Bowl against the University of Michigan. A few hours after winning the trophy, he announced he would forgo the senior season in order to enter the NFL Draft.

Dalvin Cook was drafted by the Vikings in the second round of the 2017 NFL Draft. His first NFL game came against the New Orleans Saints where he held rushing record held by Adrian Peterson by rushing 127 yards on 22 carries. In his rookie season, he finished with 354 rushing yards.

2019 was the biggest year of his professional career. In a match against the Dallas Cowboys, he rushed 26 times for 97 yards and a touchdown and caught 7 passes for 86 yards. For his brilliant performance, he was named the NFC Offensive Player of the Week. He finished the 2019 season with 1,135 rushing yards and 13 rushing touchdowns along with 53 receptions for 519 receiving yards in 14 games.

You May Also Like:   Harris English Net Worth: How Rich is the Golfer Actually in 2022?