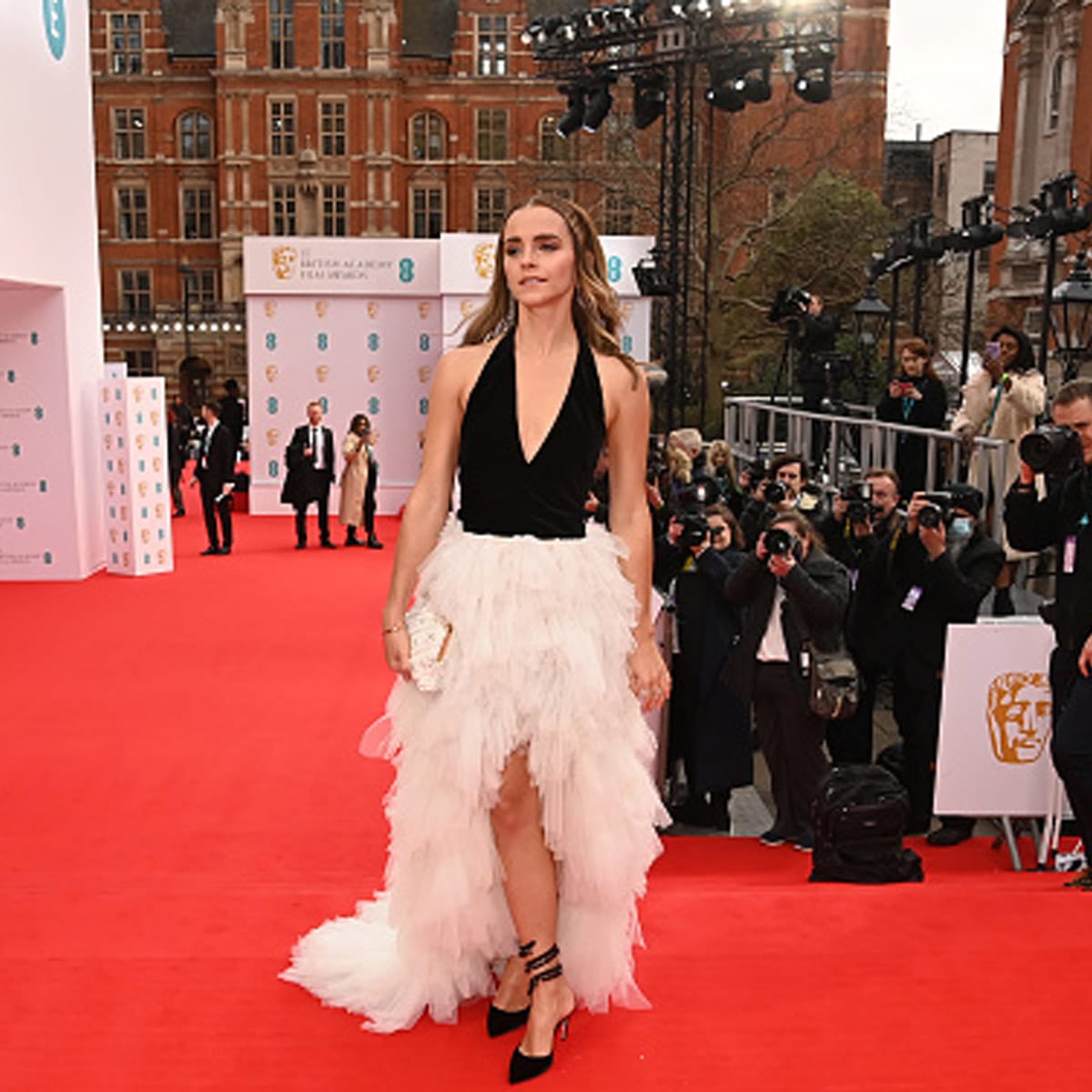 The top 20 richest Harry Potter actors ranked by their net worths can be found below. One of the world’s most profitable movie franchises spawned several of today’s notable entertainers.

We have collected information from several credible sources such as Forbes, The Richest, and Celebrity Net Worth to determine the net worths of the richest Harry Potter actors on earth.

Before you begin reading, can you guess which actor ranks second on the list despite only appearing in one installment of the franchise?

Robbie Coltrane is a Scottish actor, comedian, and writer. His rise to fame came from portraying Rubeus Hagrid in the Harry Potter film series. Overall, Coltrane appeared in all eight of the franchise’s installments.

His other notable movie roles include Mona Lisa (1987), Let It Ride (1989), Nuns on the Run (1990), and Ocean’s Twelve (2004). Meanwhile, Coltrane starred in the BBC miniseries Tutti Frutti alongside Emma Thompson.

Domhnall Gleeson is an Irish actor, director, and screenwriter. Coming from a family of actors, Gleeson gained wider recognition for his portrayal of Bill Weasley in the Harry Potter film series. Actually, he acted alongside his father Brendan who played Alastor Moody.

2015 was a massive year for Gleeson as he landed roles in both Ex Machina and Star Wars: The Force Awakens. He would go on to appear in two additional installments of the galactic epic.

David Tennant is a Scottish actor who has a wide-ranging work history. He joined the Harry Potter franchise in 2005 as Barty Crouch Jr. in Harry Potter and the Goblet of Fire.

Aside from that, Tennant is known for his starring role as the tenth incarnation of the Doctor in the BBC series Doctor Who. He played the title character in the Royal Shakespeare Company’s film adaptation of Hamlet as well.

Bonnie Wright is an English actress, model, director, activist, and author. Impressively, Wright’s acting debut came in the form of Ginny Weasley at the age of 10 in Harry Potter and the Sorcerer’s Stone. In total, she appeared in all eight of the franchise’s movies.

Additionally, she has founded her own production company, directed works including music videos, been an environmental activist, and even modeled.

Warwick Davis is an English actor, comedian, filmmaker, and television presenter. Over the years, he has appeared in notable movie franchises such as Leprechaun, Star Wars, and Harry Potter.

Insanely, Davis is the highest-grossing supporting actor of all time with his top-earning movie being Star Wars: The Force Awakens ($2,065,478,084). Lastly, he was in all eight Harry Potter films portraying Professor Filius Flitwick.

You May Also Like:   Jimmie Walker Net Worth, Age, Bio, Wife, and Kids

Imelda Staunton is an English actress and singer who played Dolores Umbridge in the Harry Potter films The Order of the Phoenix and The Deathly Hallows – Part 1.

She starred in a variety of plays early in her career. Most notably in Sweeney Todd, Into the Woods, and The Wizard of Oz.

Matthew Lewis is an English actor who played the role of Neville Longbottom in all eight Harry Potter movies. Outside of that, most of his work has come on television and on stage.

Lewis has popped up in British series like Heartbeat, The Syndicate, Bluestone 42, and Ripper Street. Also, he performed in plays such as Agatha Christie’s Verdict and Our Boys.

Jason Isaacs is an English actor who has been in blockbuster films like The Patriot, Black Hawk Down, Peter Pan, and of course, Harry Potter. Isaacs joined the franchise in its third installment and remained an active player in the series until its eighth and final movie.

Recently, Isaacs picked up a leading role alongside Sophia Bush in the drama series Good Sam.

Maggie Smith is an English actress with an extensive career both in film and on stage. Remarkably, she is one of the few entertainers to receive the highest achievement in film, television, and theatre.

Smith received fame and critical acclaim for portraying Minerva McGonagall in all eight Harry Potter films. Moreover, she won Academy Awards for her performances in The Prime of Miss Jean Brodie (1969) and California Suite (1978).

Tom Felton is an English actor who played Draco Malfoy in all of the film adaptations of the best-selling Harry Potter fantasy novels by J. K. Rowling. He received three MTV Movie Awards, a Teen Choice Award, and a Scream Award for his performance.

Aside from his breakout role, Felton has acted in Rise of the Planet of the Apes, From the Rough, The Apparition, as well as several other movies. Also, he has released five musical EPs.

Ralph Fiennes is an English actor, film producer, and director. Prior to playing the main antagonist in the Harry Potter films, Fiennes earned credibility acting in movies like Schindler’s List and The English Patient.

According to online sources, Fiennes was paid roughly $30 million for portraying Lord Voldemort in five of the Harry Potter films. He has been in other blockbusters such as Red Dragon, Clash of the Titans, The Lego Batman Movie, and a few others.

Emma Thompson is a British actress and screenwriter who has won a pair of Academy Awards and two Golden Globes. She played Professor Sybill Trelawney in three Harry Potter films.

Meanwhile, her other notable film credits include Love Actually, Nanny McPhee, Beauty and the Beast, Late Night, and Cruella.

One of the most recognizable celebs on the list of the richest Harry Potter actors is Gary Oldman. The English actor and filmmaker is one of the highest-grossing actors of all time, with his movies tallying over $11 billion worldwide.

You May Also Like:   Leah Remini Net Worth, Age, Bio, and Ethnicity

One of cinema’s best villainous actors, Oldman has played the antagonist in films like True Romance, The Fifth Element, and Leon: The Professional. Oldman portrayed Sirius Black in four Harry Potter films.

Rupert Grint is an English actor who gained international fame by playing one of the three main characters in the Harry Potter film franchise. According to Celebrity Net Worth, Grint earned roughly $70 million (after inflation) in base salary for portraying Ron Weasley.

Notably, Grint played Frank Finger in the stage production of It’s Only a Play on Broadway.

Kenneth Branagh is a British actor and filmmaker. He has directed and acted in several film adaptations of William Shakespeare’s plays, including Henry V, Othello, and Hamlet.

As far as his involvement with Harry Potter is concerned, Branagh portrayed Gilderoy Lockhart in the Chamber of Secrets.

His other notable acting gigs include Valkyrie, Dunkirk, Tenet, Death on the Nile, and others.

Helena Bonham Carter is an English actress who has made several collaborations with director Tim Burton, her former domestic partner. Those works include Big Fish, Corpse Bride, Charlie and the Chocolate Factory, Sweeney Todd, and Alice in Wonderland.

Also, who could forget her role as Marla Singer in the 1999 classic Fight Club? Carter then played Bellatrix Lestrange in four of the Harry Potter films.

Emma Watson is an English actress and activist who has been ranked among the world’s highest-paid actresses by Forbes and Vanity Fair. That’s mostly due to her being paid roughly $70 million for her portrayal of Hermione Granger in the Harry Potter film series.

Notably, the actress has inked endorsement deals over the years with prominent brands such as Calvin Klein, Lancôme, Dolce & Gabbana, Burberry London, and a handful of others.

Robert Pattinson is an English actor who gained worldwide recognition for portraying Edward Cullen in the mega-popular Twilight film series. Celebrity Net Worth claims that he took home about $25 million in base salary for the ladder two Twilight films.

Reportedly, Pattinson was only paid $3 million for starring in The Batman (2022). Prior to receiving his leading roles, Pattinson portrayed Cedric Diggory in Harry Potter and the Goblet of Fire.

Expectedly, Daniel Radcliffe is the wealthiest of all the richest Harry Potter actors. Actually, the English actor raked in a lucrative $95 million for the eight films according to CBS.

For the role of Harry Potter, Radcliffe garnered a plethora of awards including a couple of Teen Choice Awards, MTV Movie Awards, a Scream Award, and a People’s Choice Award.

At his peak, Radcliffe was reeling in roughly $15 million annually just from his acting credits.

Christina Ricci Net Worth: How Rich Is the Actress in 2022?

Top 20 Richest Broadway Stars Ranked by Their Net Worth 2022