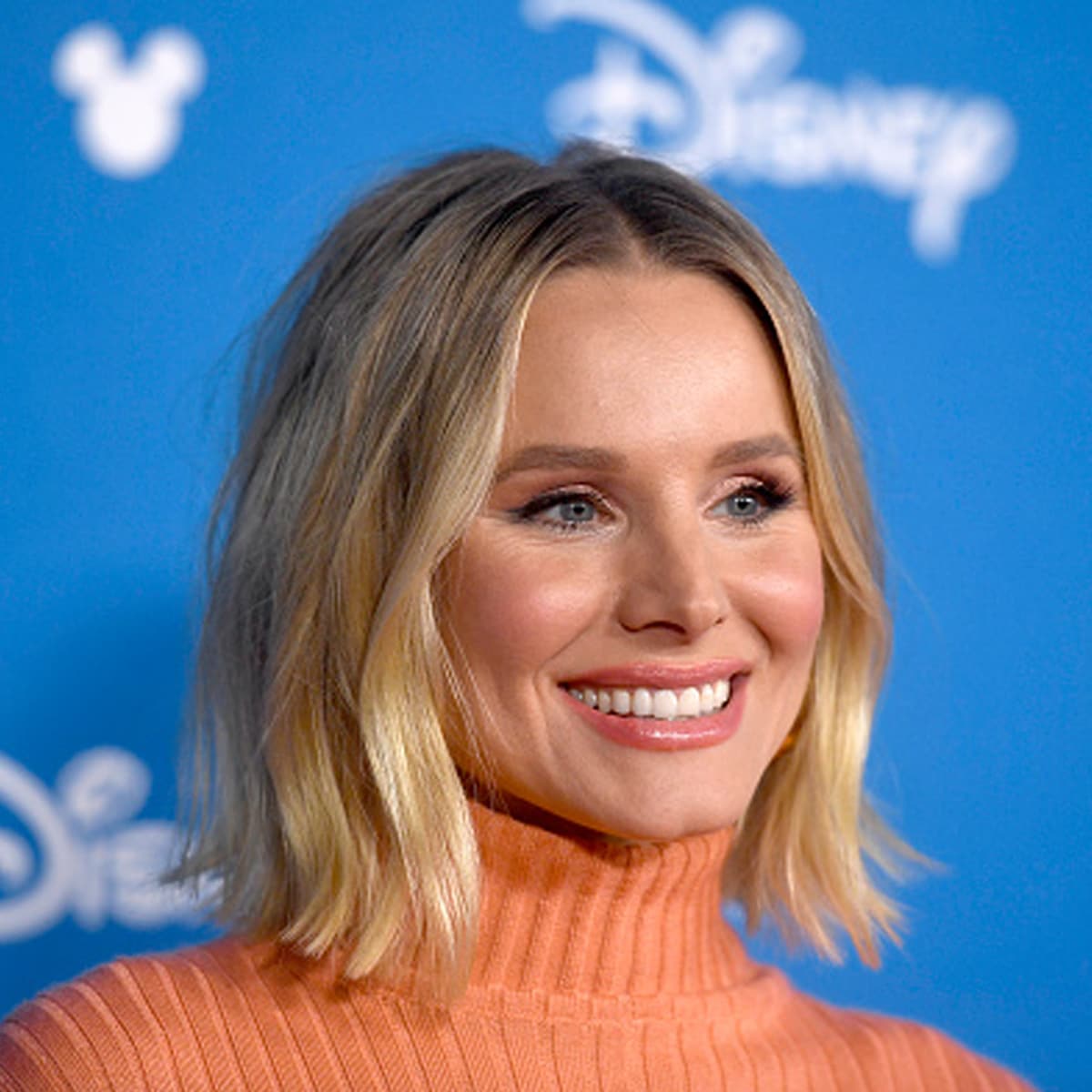 The top 20 richest Broadway stars on the planet according to their net worths can be found below. All of these performers dazzle viewers on stage, netting them millions along the way.

We have gathered information from several credible sources such as Forbes, The Richest, and Celebrity Net Worth to come up with the net worths of the richest Broadway stars on earth.

Before you begin reading, can you guess the undisputedly most famous entry on the list?

The 20 richest Broadway stars in the world living today ranked by their 2022 net worths:

Daveed Diggs is an American actor, singer-songwriter, screenwriter, and film producer. His Broadway credits include Hamilton and Freestyle Love Supreme.

Meanwhile, Diggs was awarded a Tony Award in 2016 for Best Featured Actor in a Musical (Hamilton). Aside from Broadway, Diggs has acted in film and on television as well as carved out a music career for himself.

Jonathan Pryce is a Welsh actor who is best known for his stage performances in Broadway plays like Comedians, Miss Saigon, and Dirty Rotten Scoundrels.

Moreover, Pryce has won several awards throughout his illustrious stage career. Notably, he was awarded Outstanding Actor in a Musical (Miss Saigon) as well as a pair of Tony Awards for his roles in Miss Saigon and Comedians.

Benjamin Walker is an American actor and stand-up comedian who most recently appeared on Broadway in the form of “Patrick Bateman” in the musical adaptation of American Psycho.

Prior to that, Walker gained recognition from starring in Abraham Lincoln: Vampire Hunter.

His other Broadway appearances include All My Sons, Cat on a Hot Tin Roof, Bloody Bloody Andrew Jackson, Les Liaisons Dangereuses, and Inherit the Wind.

Matthew Morrison is an American actor, dancer, and singer-songwriter. He is best known for starring in the Broadway production of Hairspray. Additionally, Morrison played Will Schuester on the Fox television show Glee.

According to Celebrity Net Worth, Morrison was reeling in about $80,000 per episode at the height of Glee. His other Broadway works include Footloose, The Rocky Horror Show, The Light in the Piazza, and most recently, Leaving Neverland.

Patti LuPone is an American actress and singer who is most recognized for her work in stage musicals. Impressively, she has won two Tony Awards as well as a pair of Grammys.

Furthermore, the performer has appeared in well over a dozen different plays on Broadway.

Her most reputable roles came in the plays such as Accidental Death of an Anarchist, Sweeney Todd, Gypsy, The Anarchist, and War Paint.

Lea Michele is an American actress, singer, songwriter, and author. Her work on Broadway dates back to when she was a child, appearing in productions of Les Misérables, Ragtime, and Fiddler on the Roof.

Then, Michele gained fame by playing Rachel Berry on the Fox series Glee. In doing so, she won four People’s Choice Awards, three Teen Choice Awards, and a Satellite Award.

Like Matthew Morrison, Michele made roughly $80,000 per episode of Glee during its peak.

Taye Diggs is an American actor who turned heads with his Broadway performances in Rent and Hedwig and the Angry Inch. He served as a replacement in the plays Wicked and Chicago as well.

Diggs has made millions from his television roles over the years. His longest-tenured series were Private Practice, Murder in the First, Kevin Hill, Empire, and All American.

Kristin Chenoweth is an American actress and singer who has made waves in musical theatre, film, and television. She has won a Tony Award, a Primetime Emmy, and several other awards for her work in theatre.

Incredibly, Chenoweth has obviously acted, but she has released eight studio albums as well.

Her Broadway appearances include Wicked, Steel Pier, You’re a Good Man, Charlie Brown, The Apple Tree, and Epic Proportions, amongst a few others.

Idina Menzel is an American actress and singer who is one of the most celebrated Broadway performers of her generation. Originally, her stage career took off after playing the role of “Maureen” in Rent.

Then, she won a Tony Award for her role as “Elphaba, the Wicked Witch of the West,” in the smash musical, Wicked. Lastly, Menzel has acted on-screen, released albums, and performed solo concerts throughout her career.

Zachary Quinto is an American actor and film producer who made his Broadway debut in 2013 in the Tony Award-winning production of The Glass Menagerie.

Meanwhile, he played Spock in a trio of Star Trek films, along with acting in movies like Hitman: Agent 47, Margin Call, and Snowden. Also, he received an Emmy nod for his role as Dr. Oliver Thredson in American Horror Story: Asylum.

Harvey Fierstein is an American actor, playwright, and screenwriter. The four-time Tony Award winner was inducted into the American Theater Hall of Fame in 2007.

His most notable theatre work includes the Torch Song Trilogy, La Cage aux Folles, and Hairspray. Moreover, he has acted in films like Mrs. Doubtfire and Independence Day. Also, he garnered a nomination for a Daytime Emmy for his role on the television show Cheers.

Tommy Tune is an American actor, dancer, singer, theatre director, producer, and choreographer. Incredibly, he has won 10 Tony Awards as well as the National Medal of Arts and received his own star on the Hollywood Walk of Fame.

As a performer, Tune has been in Baker Street, A Joyful Noise, and Bye Bye Birdie. Meanwhile, he directed works like Stepping Out, Grand Hotel, and The Will Rogers Follies.

Julie Andrews is an English actress, singer, and author who is one of the most recognizable names on the list of the richest Broadway stars. She is the winner of an Academy Award, two Primetime Emmy Awards, three Grammy Awards, and six Golden Globe Awards.

Her most famed Broadway performances came in Doctor Dolittle, Camelot, and My Fair Lady. Wildly, Andrews only made $225,000 for The Sound of Music (1965) according to IMDB.

Bernadette Peters is an American actress, singer, and children’s book author. The critically acclaimed Broadway performer is known for her starring roles on stage in the likes of Mack and Mabel, Sunday in the Park with George, Song and Dance, as well as Into the Woods.

Over the years, Peters has been nominated for seven Tony Awards, four Emmy Awards, and three Golden Globe Awards, winning once.

Of all the entries on the list of the richest Broadway stars, no one is more famous than James Earl Jones. He has been dubbed “one of America’s most distinguished and versatile” actors.

Throughout his career, Jones has won three Tony Awards, two Primetime Emmy Awards, and a Grammy Award. Then, he was inducted into the American Theater Hall of Fame in 1985.

Lastly, his biggest Broadway credits include Driving Miss Daisy and Cat on a Hot Tin Roof.

Kristen Bell is an American actress whose two notable Broadway performances came in The Adventures of Tom Sawyer (2001) and The Crucible (2002).

After getting her feet wet on television, Bell has popped up in a plethora of comedy films such as Couples Retreat, When in Rome, You Again, Bad Moms, and A Bad Moms Christmas.

According to Parade, her salary for voicing Princess Anna in the smash hit Frozen hasn’t been revealed. Yet, the movie raked in over $1.2 billion at the global box office.

Angela Lansbury is an Irish-British actress and singer who has played dozens upon dozens of film, theatre, and television roles. Remarkably, her career has spanned over four decades.

Currently, she has 14 Broadway credits to her name. Most will recognize Lansbury for her performances in Anyone Can Whistle, The King & I, and A Little Night Music.

Lin-Manuel Miranda is an American actor, singer-songwriter, playwright, and filmmaker. Impressively, he is the creator of the musicals In the Heights as well as Hamilton.

Notably, he earned composer and singer credits on the mega Disney film Moana (2016).

Diane Keaton is an American actress who enters the list as the wealthiest of all the richest Broadway stars with a staggering net worth of $100 million.

Her biggest Broadway roles both came in the late 1960s in the form of Play It Again, Sam and Hair. Moreover, she is known for her work with Woody Allen, who became her partner briefly in the 1970s.

Keaton’s role as Kay Adams-Corleone in The Godfather trilogy led to widespread recognition.

Top 20 Richest HGTV Stars Ranked by Their Net Worth 2022