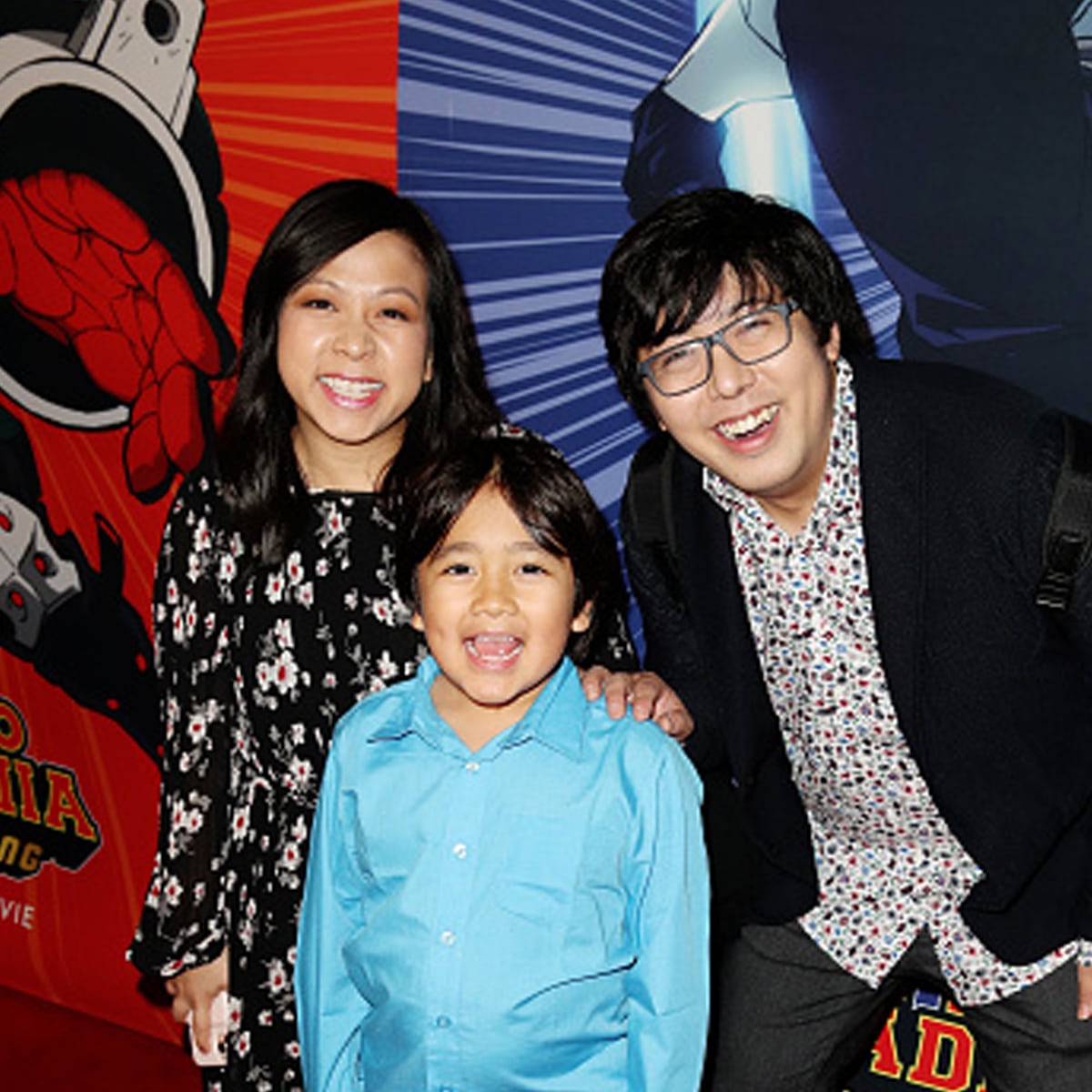 The top 20 richest kids on earth ranked by their net worths are below. Most on the list achieved their figure through inheritances, but a few entries became rich on their own merit.

We have collected information from several credible sources such as Forbes, Celebrity Net Worth, and The Richest to determine the net worths of the richest kids in the world.

Before you begin reading, can you guess the six kids who became millionaires on their own?

The top 20 richest kids on the planet living today are ranked by their net worths:

Suri Cruise is the 15-year-old daughter of Tom Cruise and Katie Holmes. Her parent’s combined net worth reaches the $625 million mark, mostly from her father.

Additionally, Suri is one of the most famous teenagers in the world and it appears as though she is living in New York with her mother. She is said to have a passion for fashion so perhaps there’s a career for her there in the future.

Dannielynn Hope Marshall Birkhead is an American reality television personality and child model who is the daughter of Anna Nicole Smith and Larry Birkhead. In 2008, she was declared sole heir to her late mother’s estate, which was estimated to be worth $700,000.

Growing up, Dannielynn was in a modeling campaign for Guess Kids. In recent years, she has appeared on television in series like Access Hollywood, Entertainment Tonight, The Millionaire Matchmaker, as well as a handful of daytime talk shows.

Darci Lynne Farmer is an American ventriloquist and singer who earned her spot on the list of the richest kids all on her own. In 2017, she won America’s Got Talent after awing the world with her ventriloquism talents.

Afterward, Farmer has ventured out on three different tours, including the 2019 Darci Lynne and Friends: Fresh Out of the Box tour. Also, she has appeared on shows such as America’s Got Talent: The Champions, Kids Baking Championship, and Little Big Shots, amongst others.

True Thompson is a three-year-old who has a massive inheritance coming from her parents. Her father is long-time NBA big man, Tristan Thompson, while her mother is socialite superstar Khloe Kardashian.

The combined net worth of True’s parents is a staggering $100 million as of April 2022.

Millie Bobby Brown is a British actress who’s best known for playing the role of “Eleven” in the wildly popular Netflix sci-fi drama series, Stranger Things. According to Deadline, she took home over half a million for the first two seasons of the show.

Meanwhile, that same source claims she received a raise for the third season, which yielded her $250,000 an episode. Aside from that, Millie boasts 48.2 million followers on Instagram to go along with 679,500 on Twitter.

Valentina Paloma Pinault is the 14-year-old daughter of Francois-Henri and Salma Hayek. Her father is chairman and CEO of Kering as well as president of Groupe Artémis. His net worth is a lucrative $7 billion according to Celebrity Net Worth.

Notably, her mother is an actress and producer who boasts a net worth of $200 million. In case you didn’t know, Pinault’s Kering company owns Gucci, Yves Saint Laurent, and Balenciaga.

Stormi Webster is the eldest child of media personality Kylie Jenner and recording artist Travis Scott. Incredibly, her mother is the world’s youngest self-made billionaire according to Forbes. Her dad has deep pockets too, possessing a net worth of a cool $60 million.

The four-year-old has been in the spotlight since her birth and she will certainly remain there.

Charli D’Amelio is an American social media personality and dancer who was is the first person to earn both 50 million and 100 million followers on TikTok.

Meanwhile, Forbes reported that she was the second-highest earning TikTok personality in 2019. Then, she appeared on both the Forbes “30 Under 30” list and on Fortune’s “40 Under 40” list in 2020.

Anastasia Radzinskaya, also known as Nastya and Like Nastya, is a Russian-American YouTuber who currently possesses an insane 90.5 million subscribers on her YouTube channel. That accompanies an outlandish 73.7 billion total views.

However, that doesn’t even scratch the surface of her following. Overall, she and her parents operate 11 different channels. In total, she has 268 million subscribers on her channels. Just in 2019, she reeled in $18 million according to Forbes.

Archie Harrison Mountbatten-Windsor is the son of Prince Harry, Duke of Sussex, and Meghan, Duchess of Sussex. Reports vary on what their combined net worth is, yet it’s estimated to be over $100 million.

The four children of media personality Kim Kardashian and legendary artist Kanye West are named North, Saint, Chicago, and Psalm. The four kids will one day split an outrageous inheritance.

That’s due to their parents’ wild net worths. First, Kim has a net worth of $1.8 billion as of 2022. Then, Kanye slightly exceeds that with a total worth of roughly $2 billion.

Ryan Kaji is a 10-year-old YouTuber who is famous for his channel named Ryan’s World (formerly Ryan ToysReview). There, he makes videos geared toward children that have garnered him a ton of attention.

Currently, his main channel possesses 32.2 million subscribers. Coinciding with that is his additional subs by way of his other channels.

Taimur and his brother Jehangir Ali Khan are quickly becoming one of Bollywood’s most adorable sibling duos.

Emme Maribel and Maximilian David Muniz are the two children of singer/actress Jennifer Lopez and singer/songwriter Marc Anthony. J.Lo’s net worth is a remarkable $400 million, while Marc’s is a respectable $80 million.

“They’re amazing, first of all,” says Lopez. “And they’re just now, they’re adults. They’re like little adults and they have their own lives and they have all their own ideas about the world already.”

Knox Leon and Vivienne Jolie are the two eldest children of actors Brad Pitt and Angelina Jolie. Both staples within Hollywood, Pitt and Jolie’s combined net worth is roughly $420 million.

Outside of the royal family, there are few entries on the list of the richest kids ahead of them.

Blue Ivy Carter is the 10-year-old daughter of power couple Jay-Z and Beyonce. They rank in the top five wealthiest pairings within the U. S. with a combined worth of $1.8 billion.

Their daughter has received her fair share of attention over the years by accompanying them at several high-profile events. Crazily, Blue Ivy appeared on the Billboard charts the night she was born after her dad sampled her crying on the song Glory.

Nothing but royalty from her on out. Prince Louis of Cambridge is a member of the British royal family as he is the third and youngest child and second son of Prince William, Duke of Cambridge, and Catherine, Duchess of Cambridge.

Moreover, Louis is fifth in the line of succession to the British throne. Still, he is only three.

Moulay Hassan bin Mohammed is the Crown Prince of Morocco and the elder child of King Mohammed VI of Morocco and Princess Lalla Salma. In 2013, she began participating in official engagements alongside his father.

Prince George of Cambridge is a member of the British royal family and the eldest child of Prince William, Duke of Cambridge, and Catherine, Duchess of Cambridge.

He is third in the line of succession to the British throne, behind his grandfather Prince Charles and his father.

Princess Charlotte of Cambridge is a member of the British royal family and the second child and only daughter of Prince William, Duke of Cambridge, and Catherine, Duchess of Cambridge. Meanwhile, she is fourth in the line of succession to the British throne.

The royal family’s wealth gets passed down through generations causing so many of its members to appear at the top of the richest kids list.