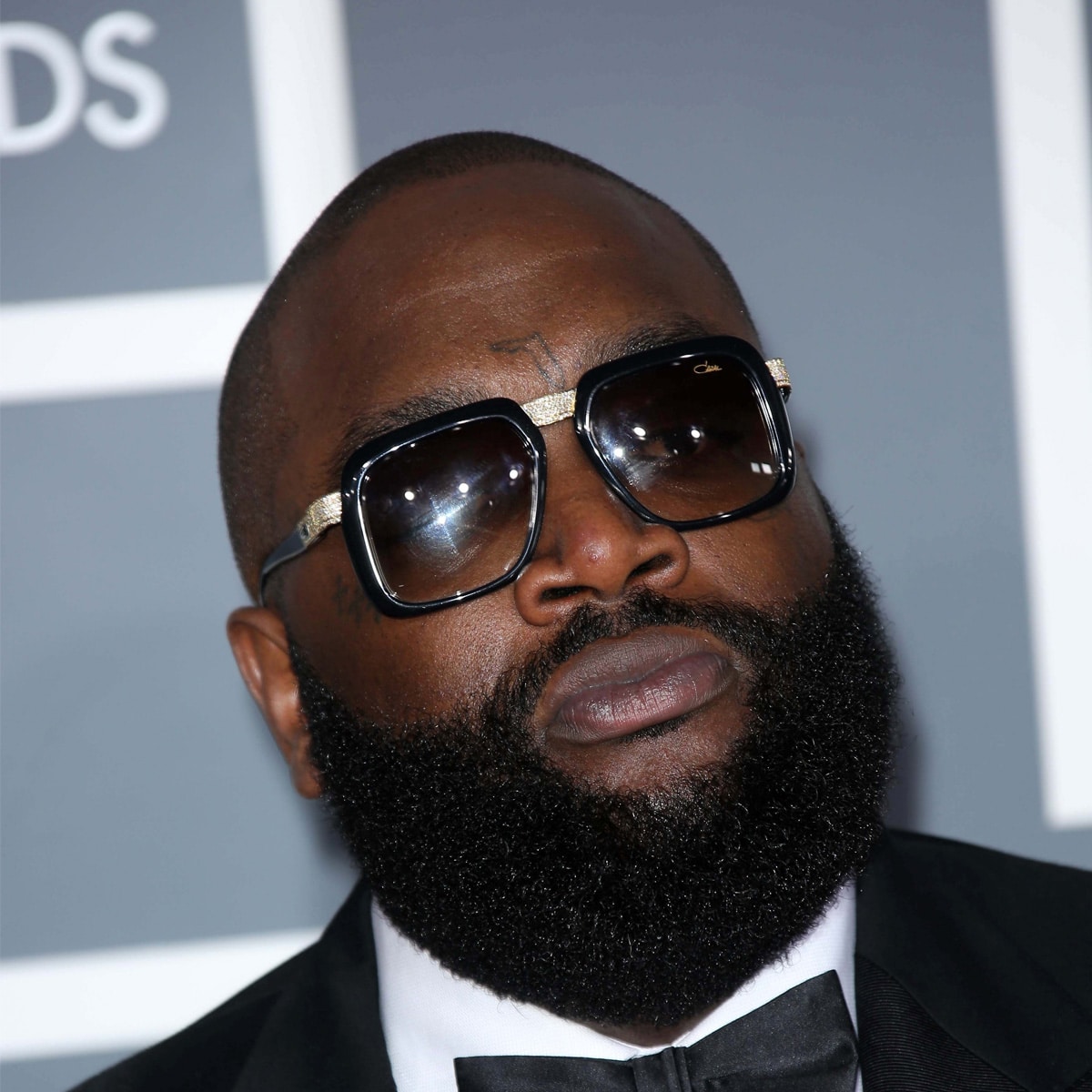 Rick Ross is an American rapper and songwriter who is best known for repping Florida and heading the record label Maybach Music Group (MMG). He’s been a staple in hip hop for nearly two decades.

Calling Rick Ross just a rapper would be a massive understatement as he’s a bonafide entrepreneur. For starters, Ross bought into several locations of a fast-food chain named Wingstop. Over the years, the rapper also partnered with the brands Reebok and 1800 Tequila.

In 2009, Ross founded his own record label, naming it Maybach Music Group. In doing so he helped launch the careers of Meek Mill, Wale, French Montana, and others. The label has had seven albums debut atop the Billboard 200 chart.

How much money is Rick Ross worth?

Ross achieved a net worth of over a million for the first time in 2007. He’s increased that figure all the way up to a present-day $40 million.

His most successful year was 2016 when he made roughly $10 million. Expectedly, he’s slowed down a bit in recent years, making an average of $4.5 million since 2018.

As far as rap is concerned, Ross has been widely successful. Since dropping Port of Miami in 2006, Ross has released a total of 11 solo studio albums, five of which debuted at number one. Currently, the rapper receives 13.2 million monthly listeners on Spotify.

How many Wingstop’s does Rick Ross own?

The rapper bought into the fast-food chain in 2017 and he’s currently the owner of 30 different Wingstop locations.

Since buying in, Ross had added significant value to the company. In the recent chicken wing shortage, he and the restaurant pivoted to “Thighstop”.

Rick Ross was born William Leonard Roberts II in Clarksdale, Mississippi to parents William and Tommie. He has one known sister named Tawanda “Renee” Roberts. After being born in Mississippi, Ross’s mother moved him and his sister to the impoverished neighborhoods of northern Miami; specifically Cape Coral.

Ross graduated from Miami Carol City Senior High School and attended Albany State University in Georgia on a football scholarship. From ages 19 to 21, Ross worked as a correctional officer before resigning in 1997. He’d later drop out of college to pursue rap and that’s around the same time he began selling drugs to make money.

Originally, Ross took the name Teflon Da Don before changing his name to Rick Ross in the mid-2000s, deriving from the former drug kingpin “Freeway” Rick Ross. He began making appearances and garnering recognition alongside rapper Trick Daddy on his tour and albums.

His debut album entitled Port of Miami dropped in 2006 and it debuted atop the Billboard 200 album chart. It took just two months for the project to reach certified gold status.

In 2008, he’d release his second album called Trilla, also debuting number one on the charts. By this point, Ross was considered one of the hottest young rappers in the game.

In 2009, Ross dropped Deeper Than Rap which would again debut at the peak of the Billboard 200 album chart. Despite not quite reaching gold status, the project received generally positive reviews and it continued Ross’s rise in hip hop.

Two albums would come from Ross in the next couple of years. The first was God Forgives, I Don’t with the second being Mastermind. Both projects were nominated for awards and kept Ross as relevant as ever.

Perhaps Ross’s first hiccup pertaining to album perceptions was his 2014 album Hood Billionaire. The project received mixed reviews and sold around half of what he’d normally sell until that point.

Since 2015, Ross has kept a solid pace, dropping four more albums: Black Market, Rather You Than Me, Port of Miami 2, and Richer Than I Ever Been, which came out in December of 2021.

To this point, the 45-year-old has four children by the names of Toie Roberts, William L. Roberts III, Berkeley Hermes Roberts, and Billion Leonard Roberts. Tia Kemp is the mother of two of them and Briana Camille is the mother of the other two.

Details of Ross serving as a correctional officer actually surfaced in 2008 by The Smoking Gun. Ross later admitted it as factual.

Ross has suffered from seizures in the past and he was put on life support after being hospitalized in 2018.

Ross once tipped the scales at 350 pounds, but he’s managed to shed around 200 pounds since 2014. He’s remained trim to this day which he credits to his doctor for urging him to change his diet and eating habits.

Schoolboy Q Net Worth: How Rich is the Rapper Actually?