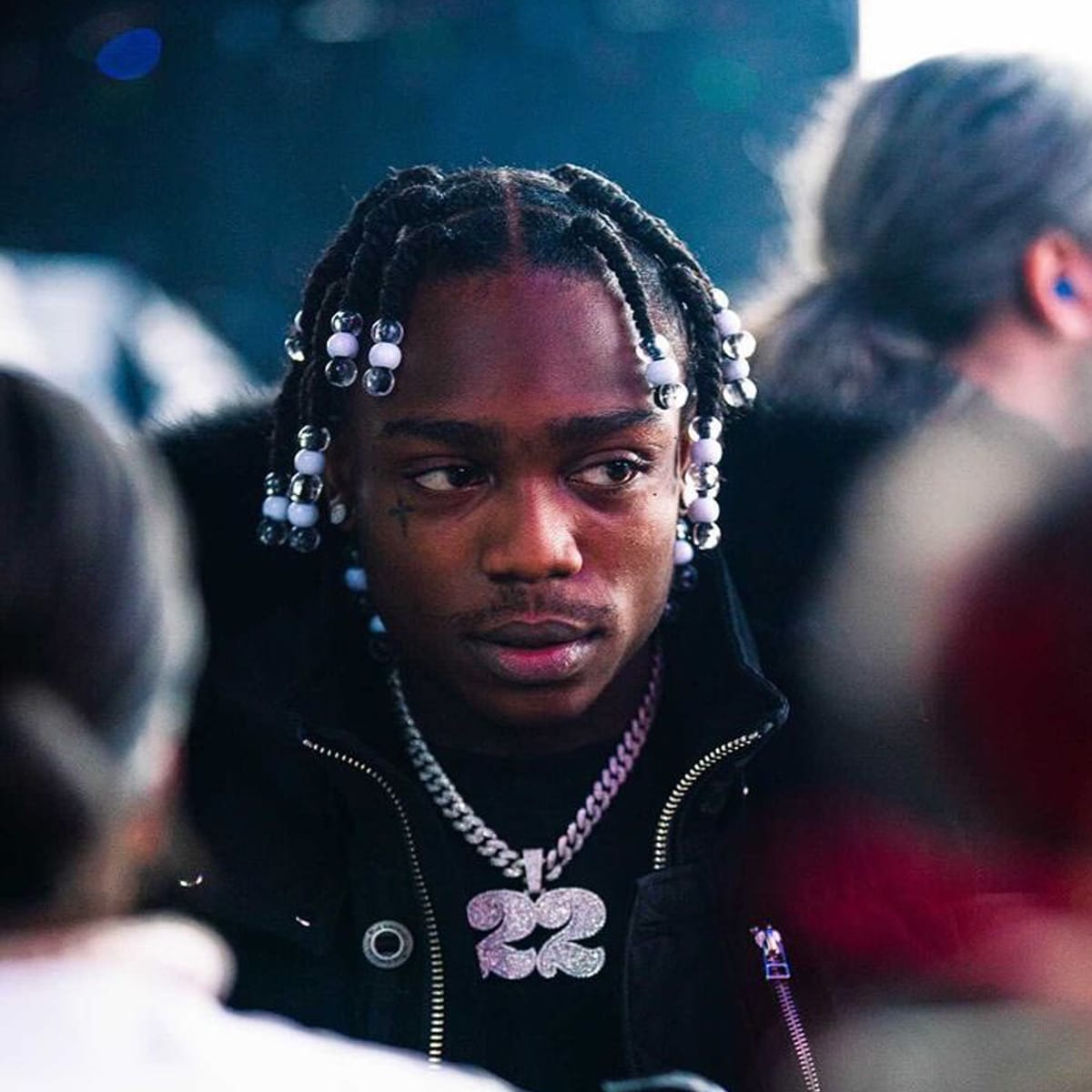 22Gz is a Guyanese-American rapper and songwriter who is best known for playing a part in popularizing the Brooklyn drill scene. The 24-year-old has been making noise since 2016 when his singles Blixky and Suburban hit the streets.

22Gz is still young in the game, but he’s already made a decent chunk of money through his music. Most notably, from a handful of his singles that went viral such as Sniper Gang Freestyle and Suburban Pt. 2, which have amassed 19 million and 30 million views respectively.

22 Da General also jumpstarted his own line of merchandise. In addition to that, there appear has toured since 2019 alongside artists like Kodak Black, Calboy, and Roddy Rich. He has tour dates lined up for 2022 as well.

As it currently stands, 22Gz receives 2.1 million monthly listeners just on Spotify. Thus far, he’s released all of his mixtapes under the management of Atlantic Records.

22Gz was born on November 29, 1997, in the East New York section of Brooklyn, New York. Sadly, his father was shot and killed just months before he was born. Also, his older brother was sentenced to 16 years in prison.

The rapper was raised in the Flatbush section of Brooklyn. Specifically, 22Gz grew up on Nostrand Avenue’s 1800 block. Interestingly enough, the 22 in his stage name is pronounced “tutu”, referring to 2 Lane Avenue in New Orleans, where his parents discovered they were pregnant with him.

22 Da General attended Transit Tech High School in Brooklyn. Unfortunately, his mother moved away for work purposes, forcing 22Gz to go live with his older sister. Growing up, he had his fair share of run-ins with the law. He also had a passion for basketball with dreams of making it to the NBA. When that didn’t pan out, he pursued rapping.

Believe it or not, 22Gz’s entertainment career started on the New York City Subway when he would perform showtime dance routines.

In a past interview, the young rapper said he grew up listening mostly to Meek Mill and Future. His sound has also been inspired by Jadakiss, 50 Cent, Jay-Z, and Chief Keef. 2016 was the year that 22Gz began catching momentum.

That year he dropped the songs Blixky and Suburban, gaining a following through his YouTube music videos. The latter is considered a pivotal track in expanding the Brooklyn drill scene. At this point, 22Gz was in hip hop’s limelight.

In 2018, he signed to Kodak Black’s Sniper Gang label, a subsidiary of Atlantic Records. Later that year, he’d collab with Kodak on the track titled Spin the Block. The following year, 22Gz dropped his debut full-length mixtape titled The Blixky Tape.

The tape is packed with 12 tracks including the famed Sniper Gang Freestyle. The song garnered a ton of attention, especially amongst the Brooklyn rap scene. Around this time, fellow BK spitter Sheff G released his twist on the hit Suburban, with his track No Suburban, causing 22Gz to respond. After they traded insults on Twitter, Sheff dropped a diss track, No Suburban Part 2.

Since 2019, 22Gz has released a trio of mixtapes. After The Blixky Tape, the rapper dropped Growth & Development as well as The Blixky Tape 2. His career has really taken off, which can be seen in his Spotify-wrapped statistics.

You May Also Like:   Sada Baby Net Worth: How Rich is the Rapper?

Hypebeast praised the mixtape Growth & Development, saying, 22Gz has “riotous energy, bringing forth aggressive lyrics and militant deliveries that continue to sculpt out his fast-paced rise”.

As far as the public is aware, 22Gz is not married nor does he have any children. He is of Guyanese descent.

Interestingly, 22Gz along with fellow New York rappers Casanova, Pop Smoke, Sheff G, and Don Q were removed from the Rolling Loud Concert after NYPD asserted the possibility of increased violence if they were to perform.

As of today, the rapper is not behind bars. However, that wasn’t the case in 2017 when he served five months in jail on second-degree murder charges related to a shooting in Miami, Florida.

The charges were later dropped. Yet, they stemmed from an incident in which 22Gz (passenger) and his friend (driver)

22Gz is known for having ongoing beefs with the Woo’s, including rappers Pop Smoke and Fivio Foreign. Earlier in 2021, he made an appearance on Hot 97 to freestyle on Funk Flex’s show. Also, his track No Suburban Part 2 has achieved certified gold status.

Dave East Net Worth: How Rich is the Rapper Actually?