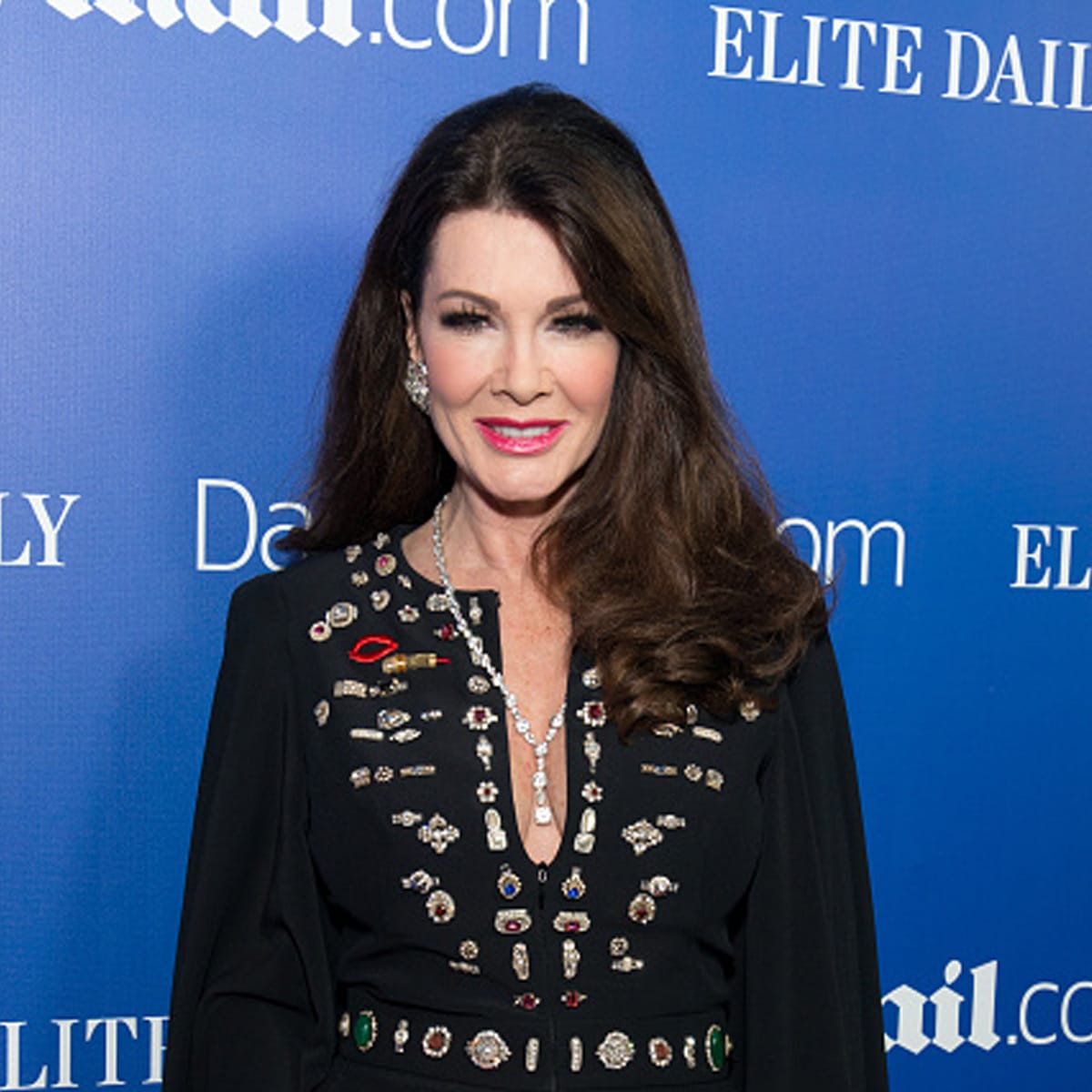 The 20 richest real housewives in the world according to their net worths can be found below. Each of the television personalities listed are a multi-millionaires. Although, one is far wealthier than the rest.

We have gathered information from a variety of sources such as Forbes, The Richest, and Celebrity Net Worth to determine the net worths of the richest YouTubers in the world.

Before you begin reading the list, can you guess who the two reality television stars with net worths of over $100 million are?

Ramona made her television debut in March 2008 on the Real Housewives of New York. Over a dozen seasons later, Singer is still active, making $500 thousand per season according to Cheat Sheet.

Reportedly, Singer recently asked Bravo for more money, but it’s unclear if her request was granted as of yet.

Dorinda Medley starred on the Real Housewives of New York from season six through season 12. Then, she was fired by the network for “breaking the fourth wall” in an argument with a fellow castmate.

At the time, Medley was making $250 thousand per season according to Editor Choice.

While living in London, Medley launched her personal clothing brand called DCL Cashmere. In fact, celebrities/royalty such as Joan Collins and Princess Diana supported her line.

After joining the cast of the Real Housewives of Orange County at the start of season nine, Beador remains a core member of the show.

It was reported by Radar Online that Beador is pulling in just over $584 thousand a season. Interestingly, the same report noted that she only made $31 thousand on season 12 before receiving a massive pay raise.

Unlike the previous women listed, the majority of Luann de Lesseps’ net worth comes from her previous marriage to Count Alexandre de Lesseps, who is worth about $50 million.

Page Six reports that Lesseps is paid $20 thousand for each scene that she appears in.

Her continued appearances on the Real Housewives of New York along with her hefty divorce settlement has elevated Luann’s net worth figure.

Kandi joined the Real Housewives of Atlanta cast back in season two and she remains a mainstay. Currently, she is raking in a whopping $2.3 million per season.

Additionally, Burruss earns a profit from her restaurants in Atlanta called Old Lady Gang, as well as the checks from the Grammy-winning songs she’s written such as TLC’s No Scrubs and Destiny’s Child’s Bills, Bills, Bills.

Jill is considered an OG of the Real Housewives of New York, after debuting when the series premiered back in 2008. At the time of her departure, Zarin was making $200 thousand a season.

On top of that, Zarin married into her fortune after tying the knot with Bobby Zarin, the owner of Zarin Fabric Warehouse.

She’s also a real estate agent, a businesswoman, as well as an actress on various other shows like White Collar on the USA Network.

You May Also Like:   Sherri Shepherd Net Worth: How Rich is the Actress Actually in 2022?

Tinsley can thank both her family’s wealth and her divorce settlement for her riches. Aside from that, Editor Choice confirms that she earned $300 thousand per season in her time on the Real Housewives of New York.

Yet, Tinsley has several other endeavors that have made her money over the years. Notably, her Riccime by Tinsley Mortimer clothing line, her own reality show called High Society, and her many published books.

Yolanda is known for being the mom of supermodels Gigi and Bella Hadid as well as being on four seasons of the Real Housewives of Beverly Hills. Radar Online determines that she was making $500 thousand each season by the time she left.

Yet again, one of the richest real housewives gained the majority of her worth through a divorce settlement. In Yolanda’s case, she finalized her divorce from Mohamed Hadid in 2000, before having a second divorce in 2017 from David Foster.

Adrienne starred on the first three seasons of the Real Housewives of Beverly Hills before getting fired. She is said to have made $200 thousand per season throughout her time on the show.

Meanwhile, she is the heir to Maloof Companies, which owns music, television, and movie production companies, along with basketball teams and hotels.

In fact, the Maloof’s own two percent of the Palms hotel and casino in Las Vegas. She has also been a part of several other businesses over the years.

According to Cheat Sheet, Radziwill was making around $500 thousand per season while starring on the Real Housewives of New York.

On top of her time on reality TV, Carole has worked as a journalist for Glamour magazine. Also, she has written a couple of books. Actually, her book titled What Remains: A Memoir of Fate, Friendship and Love made the New York Times bestseller list.

Despite only appearing in two seasons of the Real Housewives of Beverly Hills, Grammer has done quite well for herself. Reportedly, she made a total of $200 thousand for her time on the show.

Moreover, Grammer made a ridiculous sum of between $30 and $50 million when she settled her divorce with her husband Kelsey Grammer. Not only that, but she received property from the settlement.

Dubrow starred in five seasons of the Real Housewives of Orange County, where she was paid $300 thousand per season according to Editor Choice.

Furthermore, she managed to marry into wealth as well. Her husband Terry Dubrow is reportedly worth $50 million as of March 2022.

Before her reality TV stint, Heather was an actress, even appearing in episodes of Married With Children and That’s Life.

It’s known that Stracke is worth millions and that she is one of the richest real housewives, but it’s not confirmed how much money she makes per season on Real Housewives of Beverly Hills.

Interestingly, she is personal friends with both Domenico Dolce and Stefano Gabbana, even having fittings in the designer’s private homes.

The bulk of Margaret’s wealth comes from her successful Macbeth Collection clothing line, which she launched back in 1999. However, she did pretty well for herself starring on the Real Housewives of New Jersey too.

Josephs is by far the wealthiest of all the richest real housewives on the series. Her entrepreneurial instincts and passion for fashion are what made her a multi-millionaire as of 2022.

“I renovate, elevate, and sometimes I instigate”

Dorit has been a mainstay on the Real Housewives of Beverly Hills dating back to the airing of season seven. Now, she is comfortably making $100 thousand a season on the series.

Notably, Kemsley started her own swimwear clothing brand called Beverly Beach as well as her own bridal collection named Nektaria, which she profits off of. Lastly, Dorit operates a self-titled fashion/swimwear company.

The television star is married to a millionaire named Paul Kemsley, who is a successful real estate developer and celebrity manager in his own right.

Lea is a businesswoman out of Miami, Florida who has made the majority of her worth outside of television. Although, she did star on the Real Housewives of Miami.

Additionally, Black has created and sold over 400 different beauty products since starting her Sudden Youth Skincare brand in 1985. Also, she went on to establish the Lea Black Beauty and Lea Black CBD Beauty Skincare line of products.

Black is married to criminal defense attorney Roy Black, who is a multi-millionaire, adding to Lea’s net worth figure.

gAppearing in nine seasons of the Real Housewives of New York, Frankel is one of the most known alums of the series. Incredibly, she was making $1 million per season at one point, which is equal to about $40 thousand an episode.

A lot of Frankel’s money is derived from her being the CEO and founder of the company Skinnygirl. Selling cocktails and deli meats have made Frankel one of the richest real housewives alive.

According to Radar Online, Vanderpump was earning $500 thousand per season over the course of her 10 on the Real Housewives of Beverly Hills.

Remarkably, Vanderpump also makes $1 million per season on the show Vanderpump Rules and an additional $500 thousand for executive producing the series.

Also noteworthy is the fact she married a man named Ken Todd, who is a renowned restaurateur and is worth about $100 million.

Debuting on the Real Housewives of Beverly Hills in season (2010), Richards is the longest-reigning woman left, while earning $500 thousand a season the past several years.

Reportedly, Richards was even making about $134 thousand back in the first season when everyone else was earning significantly less money.

Moreover, Richards has made money over the years through her fashion and other business ventures. Also, she is married to Mauricio Umansky, who’s worth about $40 million.

The wealthiest of all the richest real housewives is undoubtedly Kathy Hilton. It should be noted that the bulk of Kathy’s worth comes from her husband’s outlandish fortune.

In 2012, Hilton launched the Kathy Hilton Collection, a line of cocktail and party dresses. The high-end dresses were sold in over 400 stores around the country.

Meanwhile, Kathy and her husband invested in and profited heavily off of the real estate industry. In fact, they bought an estate in the Hamptons for 2.4 million in 1999. They would then frequently rent it out for $350 thousand a pop.

Kyle Forgeard Net Worth: How Rich Is the YouTuber in 2022?

Lilly Singh Net Worth: How Rich Is the Entertainer in 2022?