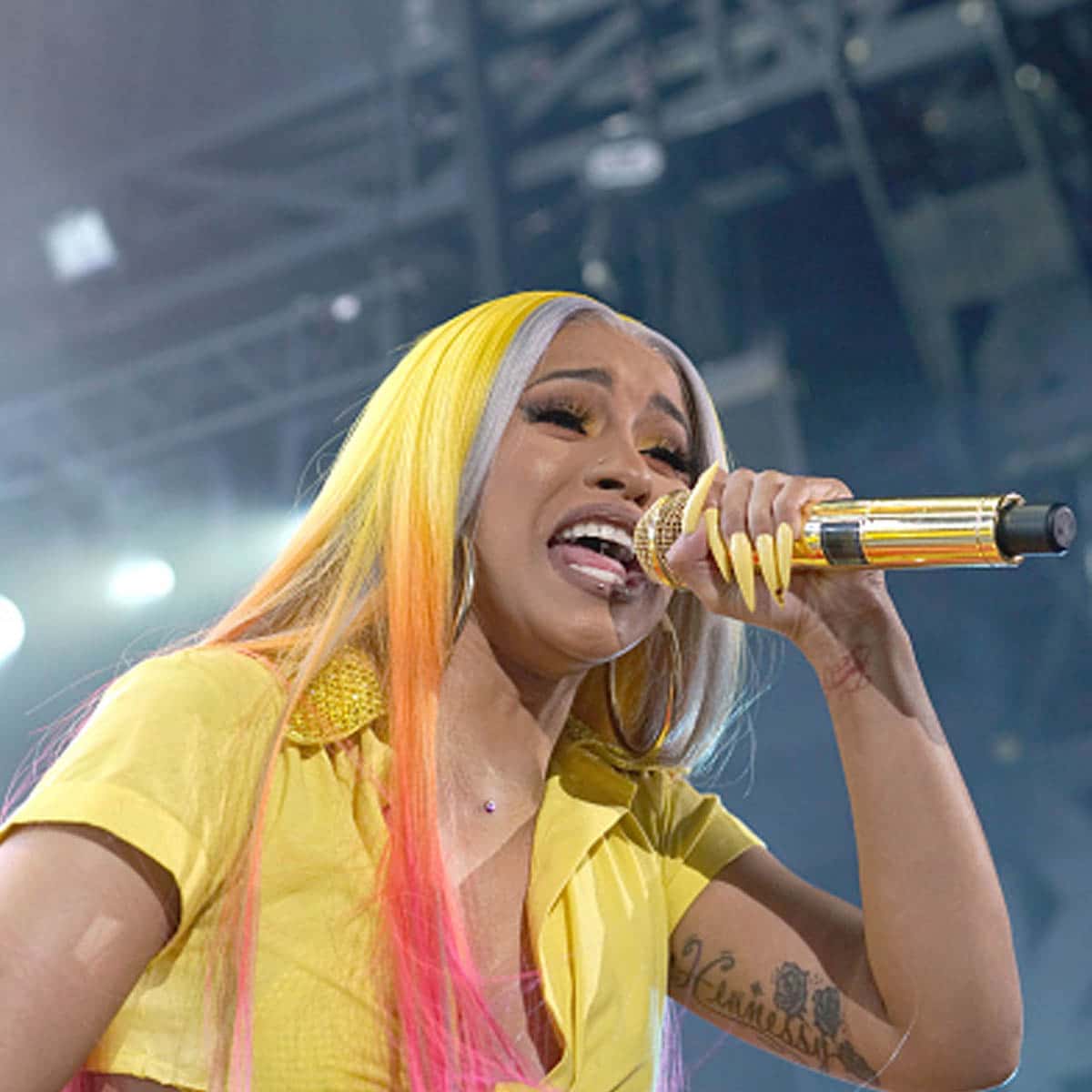 The top 20 richest female rappers ranked by their net worths are below. All of these behind-the-mic spitters are top earners in their craft, but one contemporary stands above the rest.

We have gathered information from several credible sources such as Forbes, The Richest, and Celebrity Net Worth to determine the net worths of the richest female rappers on the planet.

Before you begin reading, can you guess the three female MCs who are worth over 50 million?

The 20 richest female rappers in the world living today according to their 2022 net worths:

Young M.A. is an American rapper who first rose to widespread fame with her single Ooouuu, which went quadruple-platinum. Now, the song’s music video has 379 million views on YouTube, while boasting over 250 million streams on Spotify.

Moreover, she was featured on the Forbes 30 Under 30 list in 2018. Lastly, Young M.A. has also earned money from her two full-length albums and coinciding tours.

Foxy Brown is an American rapper who has sold over 25 million records over the course of her career. Bursting on the scene in 1996, Foxy’s debut tape titled Ill Na Na achieve platinum status by selling upwards of 7 million copies.

Perhaps the most impressive part about the rapper’s career is the fact she sold that many records with just four albums and 16 official singles. Brown profited off of featuring on other artists’ tracks like Nas, Jay-Z, and Puff Daddy.

Remy Ma is an American rapper who rose to popularity in the mid-2000s by associating with Fat Joe. Her biggest hits thus far include All the Way Up, Ante Up (remix), and Lean Back.

Remy has made a decent chunk of change from television over the years as well. In 2015,  she joined the cast of the VH1 reality series Love & Hip Hop: New York. Additionally, she appeared on Empire, Queen of the South, along with hosting a late-night talk show, State of the Culture.

Azealia Banks is an American rapper who has earned her worth in a variety of ways. Due to her music not necessarily flying off the shelves, Banks has ventured into modeling, acting, and entrepreneurial ship.

Though, she did ink a record deal worth $1 million with Entertainment One in 2018. Notably, Banks launched her own online store called “CheapyXO”, featuring skincare products and other merchandise.

Saweetie is an American rapper who has really come on strong in the past few years since releasing singles like Icy Grl, My Type, Tap In, and Best Friend featuring Doja Cat.

Currently, without even releasing an album, Saweetie is getting 15.3 million monthly plays just on Spotify.

Doja Cat is an American rapper, singer, songwriter, and record producer who is currently receiving an astounding 56.2 million monthly listeners on Spotify.

Furthermore, Doja has a solid presence on both TikTok and YouTube where she earns money.

Bhad Bhabie is an American rapper, songwriter, and internet personality who garnered widespread attention with her appearance on Dr. Phil in 2016 where she coined the phrase, “Cash me ousside, how ’bout dah?”.

Since then, she started releasing music, even becoming the youngest female rapper ever to appear on the Billboard Hot 100. Moreover, she signed with Atlantic Records while also appearing in a reality show, starting her own makeup brand, and going on to.ur

Trina is an American rapper, songwriter, television personality, and actress who has been a force in the game since the turn of the century. Her debut album titled Da Baddest Bitch came out in 2000 to reasonable commercial success.

Moreover, she has inked high-profile endorsement deals with companies like Coach, Puma, Revlon, Nike, amongst a few others. Megan is a tour headliner at this point as well.

MC Lyte is an American rapper, DJ, actress, and entrepreneur who is considered one of the pioneers of female rap. Actually, she was the first female solo rapper to achieve a gold certification, which came with her single Ruffneck.

The award-winning artist has done her fair share of acting throughout the years. Most notably were her roles in Train Ride (2000), Civil Brand (2002), and Girl’s Trip (2017).

DJ Spinderella is an American DJ, rapper, and producer as well as the first entry from Salt-N-Pepa on the list of the richest female rappers.

Spinderella and her group managed to sell over 15 million copies over the years, making them one of the highest-selling rap acts of all time.

Iggy Azalea is an Australian rapper, singer, songwriter, and model who topped the charts in 2014 with her hit song Fancy. Thus far, Iggy has sold north of 70 million records while receiving a respectable 8.7 million monthly listeners on Spotify.

Also, the rapper has reached partnerships with brands like Monster Electronics and Postmates.

Eve is an American rapper, singer, actress, and television presenter who first received fame by appearing on DMX’s Ruff Ryders’ Anthem as well as The Roots’ You Got Me.

In total, she has released four studio albums and her debut LP, Let There Be Eve…Ruff Ryders’ First Lady, went double platinum. Also, she has acted in three Barbershop movies.

Her first Billboard Hot 100 number-one single as a featured artist came on Travis Scott’s Franchise in 2020.

Cheryl James is an American rapper and songwriter who is “Salt” from the hip hop group Salt-N-Pepa. She, like the aforementioned Spinderella, sold tens of millions of records.

In addition to that, James starred on the VH1 reality series The Salt-N-Pepa Show, which ran for two seasons.

The third and final member of Salt-N-Pepa to enter the list of the richest female rappers in Sandra Denton, or “Pepa”. She is a Jamaican-American rapper and actress who was also a supporting cast member on the music reality television show Growing Up Hip Hop.

Cardi B is an American rapper and songwriter who has already sold over 75 million copies of her music. Interestingly, she became the creative director of Playboy magazine in 2022.

Currently, she is the female rapper with the most number-one singles (5) on the Billboard Hot 100. Over the years, Cardi has reached endorsement deals with companies such as Pepsi, Amazon’s Alexa, Reebok, and Fashion Nova.

Lastly, she signed a multi-million dollar recording deal with Atlantic Records in 2017.

Missy Elliott is an American rapper, singer, songwriter, and record producer who has won four Grammy Awards as well as sold over 30 million records as of this point.

Notably, she has earned money from sponsorships with brands like Coca-cola, Sprite, Virgin mobile, Gap, M.A.C Cosmetics, Doritos, and many more.

Missy has earned millions from her tours in addition to her many appearances on television and in film.

Queen Latifah is an American rapper, actress, and singer who actually just sold 2 million records throughout her career. Yet, the bulk of her money derives from her acting roles.

Throughout the years, she has landed roles in movies like Beauty Shop, Hairspray, Girls Trip, as well as installments of Ice Age and Barbershop.

Recently, Latifah landed a lead role as Robyn McCall in the CBS television series The Equalizer.

The wealthiest of all the richest female rappers is undoubtedly Nicki Minaj. She is a Trinidadian-born rapper, singer, songwriter, and actress who has sold over 100 million units of her music. Currently, she is receiving 40.3 million monthly listeners on Spotify.

Furthermore, she has had five different songs garner over 500 million streams on that outlet.

In 2012, Nicki signed a seven-figure deal with Pepsi in order to debut a new beverage. Additionally, she has partnered with brands like Beats By Dre, M·A·C Cosmetics, and Adidas.

Top 20 Richest Country Singers Ranked by Their Net Worth 2022