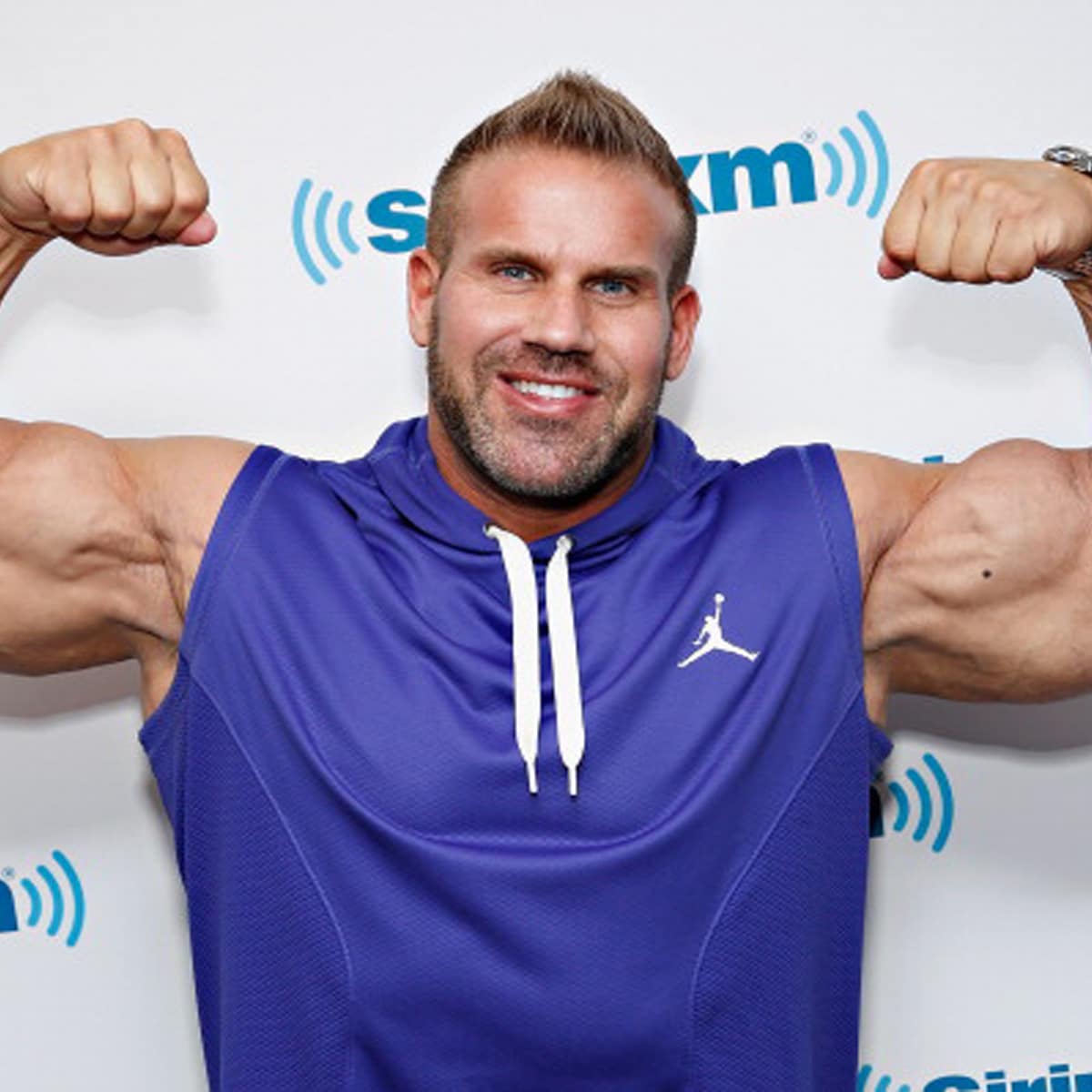 The top 20 richest bodybuilders according to their net worths are below. Each of these weightlifters is a millionaire, including one who transformed into a global superstar.

We have gathered information from numerous credible sources such as Forbes, Celebrity Net Worth, and The Richest to determine the net worths of the richest bodybuilders on earth.

Before you begin reading, can you guess the entry who is a certified cinema icon?

The 20 richest bodybuilders ranked by their 2022 net worths:

Jeff Seid is a 25-year-old IFBB Pro, fitness model, entrepreneur, and social media celebrity who has dedicated over a decade of his life to bodybuilding thus far.

Currently, Seid boasts 4.1 million followers on Instagram along with 91,800 Twitter followers. Also notable is the fact that he possesses 1.3 million subscribers on his YouTube channel as of April 2022.

Over the years, Greene inked endorsement deals with brands like Flex, Ryderwear, and REDCON1. Moreover, he launched a supplement brand called Dynamik Muscle as well as a training program called The 5P.

Steven Cook, known professionally as Steve Cook, is an American professional bodybuilder who owns a pair of Mr. Olympia top 10 finishes. Also, he is known for his YouTube channel, which currently has 1.31 million subs to go along with over 192 million total views.

Additionally, Cook is the co-owner of the fitness app Fitness Culture and accompanying gym in Utah. Lastly, he was a coach on season 18 of The Biggest Loser on USA Network.

Mike Chang is a fitness legend who is recognizable to most within the bodybuilding world.

Commendably, Chang is the founder of “Flowtribe”. A workout and meditative program that aims to help those dealing with anxiety and overthinking overcome their struggles.

Lazar Angelov is a Bulgarian bodybuilder and model who rose to fame when online fitness first became a hit. He was easily one of the original and most popular fitness stars/influencers.

Furthermore, Angelov has an impressive 5.8 million Instagram followers. From 2006 up until recently, he’d been competing in different competitions, getting on the podium of each one he took part in.

You May Also Like:   Top 20 Richest Esports Players Ranked by Their Net Worth 2022

Christian Guzman is an American who is now known as being one of the most popular bodybuilders in the world. He is a gym owner as well as a buzzing social media personality.

Guzman launched his own fitness program a few years ago focusing on people’s personal goals.

Michael O’Hearn is an American bodybuilder, personal trainer, actor, and model who has been featured on over 500 magazine covers over the years. Actually, he was Fitness Model of the Year seven times.

O’Hearn is a four-time Mr. “Natural” Universe titleholder. Impressively, he is the only individual to be a Gladiator in both the original and the revamp of American Gladiators.

All the while, he only just retired after the 2020 Mr. Olympia at the age of 50. In fact, Jackson is the second oldest male bodybuilder ever to win an open IFBB pro show.

Mike Rashid is an entrepreneur, retired boxer, and fitness enthusiast who began his boxing journey at the age of 12. As an amateur, he managed to secure several bronze gloves, silver gloves, and even a pair of National Golden Gloves.

Rashid has launched his own nutrition program as well, called Trifecta Nutrition. Apparently, he is an avid investor in NFTs in addition to being an influencer of social media.

As it stands today, Yates has the fifth most Mr. Olympia wins in history. Moreover, he has penned an autobiography, co-authored a second book, in addition to releasing workout videos.

Lastly, Yates has opened gyms and launched supplement companies by the names of CNP Professional and DY Nutrition.

Of the entries on the list of the richest bodybuilders, the Hodge Twins are the most unique. They are an American stand-up comedy and conservative political commentary duo consisting of twin brothers Keith and Kevin Hodge.

Originally, they rose to fame through their YouTube channel, but they have since branched out into performing stand-up comedy. They are certified International Sports Sciences Association (ISSA) trainers and CheatSheet rated them as the fourth best fitness YouTube channel.

Lee Haney is an American former IFBB professional bodybuilder who shares the all-time record for most Mr. Olympia titles at eight with Ronnie Coleman.

You May Also Like:   Richest Airlines Ranked by Their Net Worth 2022

The Georgia native was actually appointed chairman of the President’s Council on Physical Fitness and Sports by former President Bill Clinton.

Phillip Jerrod Heath is an American IFBB professional bodybuilder who is a seven-time Mr. Olympia winner. Actually, he won consecutively from 2011 to 2017.

Meanwhile, Heath has won a plethora of other bodybuilding competitions throughout his career. On top of that, he has competed in professional wrestling under the TNA banner.

Prior to that, Strydom secured four IFBB professional titles. Years ago, he launched his own Strydom Wear which was originally manufactured in America but has since moved operations to Asia.

Ronnie Dean Coleman is an American retired professional bodybuilder who is regarded as one of the greatest bodybuilders of all time after winning the Mr. Olympia title eight years in a row.

Furthermore, he held the record for most wins as an IFBB professional with 26 titles until it was broken by Dexter Jackson.

His success as a weight lifter led to several brand endorsements over the course of his career.

Afterward, Ferrigno hit the big screen in the form of playing the Hulk in the CBS television series The Incredible Hulk. Since then, he has appeared in the sitcom The King of Queens and the 2009 comedy I Love You, Man.

Notably, Cutler has graced the cover of fitness magazines like Muscle and Fitness, Flex, and Muscular Development.

Since retirement, he has focused on his bodybuilding supplement business called Cutler Nutrition.

Richard Gaspari is an American retired professional bodybuilder and former member of the IFBB who placed second at the 1986, 1987, and 1988 Mr. Olympia competitions.

In 2004, he was inducted into the IFBB Hall of Fame. A staple within the bodybuilding industry for decades, Gaspari is now amongst the richest bodybuilders of all time.

Arnold Schwarzenegger is an Austrian-American actor, producer, former bodybuilder, and former politician who is best known for dominating the film industry in the 1980s/1990s.

Starring in mega films like Terminator, Predator, Commando, Total Recall, and many others turned Arnold into a worldwide superstar.

Interestingly, it’s been reported that Schwarzenegger made $21,428 for every word he said in the Terminator 2 movie.

Arnold is considered to be amongst the most important figures in the history of bodybuilding,

Top 20 Richest NFL Owners Ranked by Their Net Worth 2022