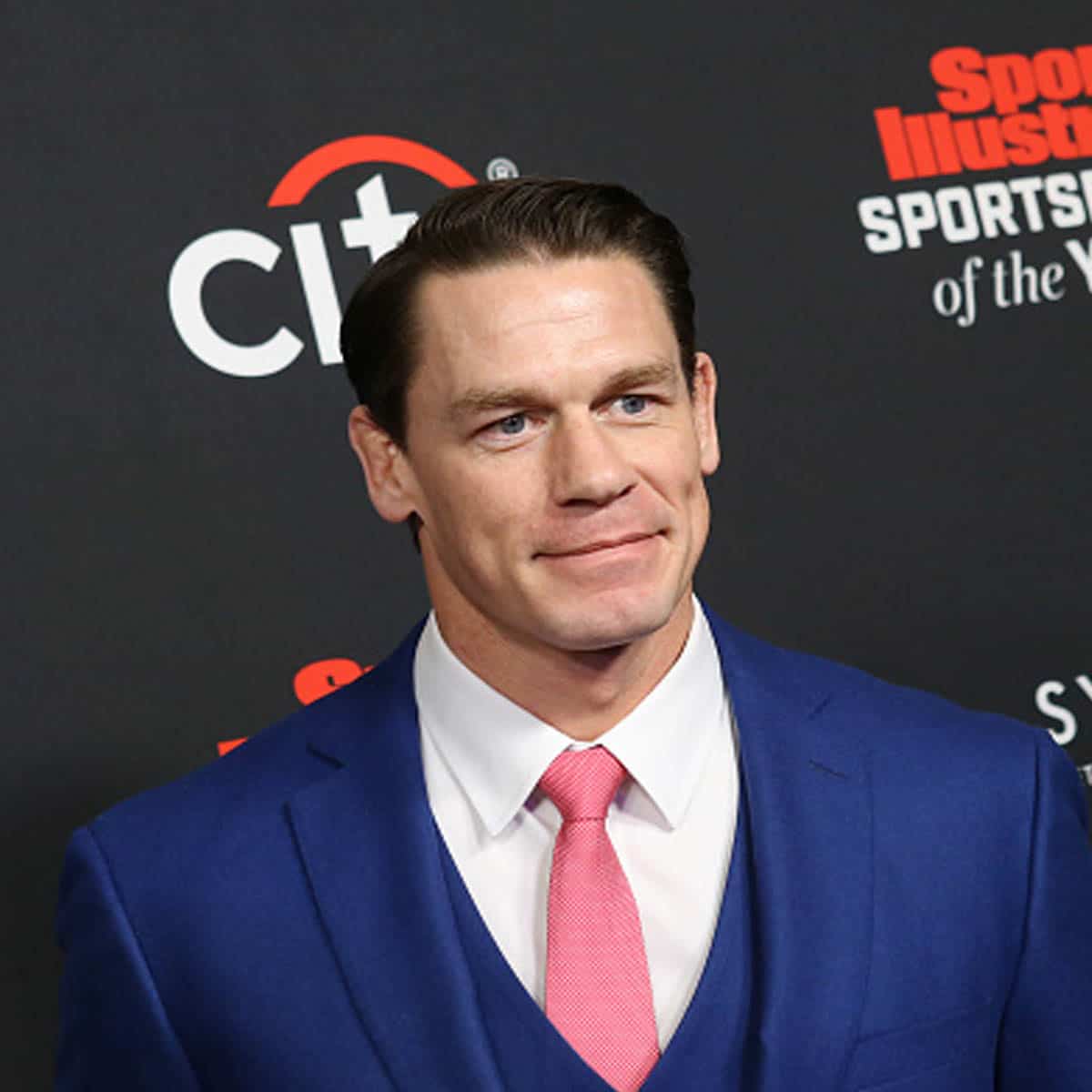 The top 20 richest wrestlers in the world ranked by their net worths can be found below. All of these entertainers have made millions inside the ring, including one who became a billionaire.

We have gathered information from several credible sources such as Forbes, Celebrity Net Worth, and The Richest to determine the net worths of the richest wrestlers on the planet.

Before you begin reading, can you guess the ex-wrestler who is worth over a billion dollars?

The 20 richest wrestlers on earth living today according to their 2022 net worths:

Brianna Monique Danielson, known professionally as Brie Bella, is an American professional wrestler and TV personality who is currently serving as an ambassador for the WWE.

Bella and her sister signed to the promotion in 2007, debuting that year together as “The Bella Twins”.

According to Total Sportek, Bella is making about $300,000 annually on a one-year rolling contract.

Leati Joseph “Joe” Anoaʻi is an American professional wrestler who is currently signed to WWE. Moreover, he performs on the SmackDown brand under the ring name Roman Reigns.

Wrestling Observer Newsletter reports that Reigns pulls in $5 million per year from the WWE.

Adam Joseph Copeland is a Canadian professional wrestler and actor who is signed to the WWE on the Raw brand under the ring name Edge. Also, the legend is still earning $3 million a year on a part-time deal with WWE.

The four-time WWE champion has an endorsement deal with the brand Slim Jim as well.

At this point in his life, Jarrett co-hosts a podcast with Conrad Thompson called My World with Jeff Jarrett.

David Michael Bautista Jr. is an American actor and former professional wrestler who is best known for being a WWE star for many, many years.

During the peak of his wrestling career, Bautista was earning over $800,000 each year. Then, he jumped into acting, appearing in films like Guardians of the Galaxy, Dune, and Stuber.

Additionally, Bautista has held endorsements with several brands, most notably with Smirnoff.

William Scott Goldberg, better known mononymously as Goldberg, is an American professional wrestler, actor, and former American football player. He competed in both the WCW and the WWE.

Also, Forbes claims that Golberg rakes in as much as $2 million for each match he wrestles in Saudi Arabia. Meanwhile, he was once making $2.5 million annually as a part of the WCW.

Paul Donald Wight II is an American professional wrestler and actor who is currently signed to All Elite Wrestling as an in-ring performer as well as a commentator.

Moreover, Big Show once earned an annual salary of $850,000, but that doesn’t include his profits from pay-per-views or his endorsements, and merchandise sales.

Michael Francis “Mick” Foley is an American actor, author, retired professional wrestler, and color commentator who is acting as a company ambassador for the WWE.

Interestingly, Foley made a good chunk of his worth by penning a successful series of autobiographies and children’s books.

Mark William Calaway, better known by the ring name The Undertaker is an American actor and retired professional wrestler who was rumored to be making $2.5 million each year during the peak of his WWE career.

In addition to making money from his merchandise sales, The Undertaker has done well for himself through investing in real estate with his business partner Scott Everhart.

Michael Shawn Hickenbottom, better known by his ring name Shawn Michaels, is an American retired professional wrestler who is considered one of the greatest wrestlers of all time.

The “Heartbreak Kid” has made good money from merchandise sales as well as his endorsement deals with Under Armour, Can-Am Spyder, EyeBlack, amongst others.

Christopher Keith Irvine, better known by the ring name Chris Jericho, is an American-Canadian professional wrestler and singer who is currently signed to All Elite Wrestling.

Furthermore, sources differ on what Jericho’s salary is at this point, but figures range from $500,000 all the way up to $3 million.

Over the years, Jericho has been the lead singer of the heavy metal band Fozzy along with appearing on television in the form of hosting. He was a contestant on Dancing with the Stars in 2011 also.

Through the years, Keibler landed numerous acting gigs including making appearances in George Lopez, The Comebacks, How I Met Your Mother, Blue Mountain State, and many others.

Kurt Steven Angle is an American retired professional wrestler and Olympic gold medalist in American freestyle wrestling who is currently signed with WWE.

Furthermore, Angle was inducted into the International Sports Hall of Fame back in 2016.

Meanwhile, he has appeared in dozens of different on-screen works over the years.

Terry Eugene Bollea, better known by his ring name Hulk Hogan, is an American retired professional wrestler and television personality who is one of the most famous to ever do it.

Easily the most popular wrestler of the 1980s, Hogan managed to ink several endorsement deals as well as appear in numerous commercials, including one at Super Bowl 48.

You May Also Like:   Richest Airlines Ranked by Their Net Worth 2022

Additionally, Hogan has opened a handful of restaurants on top of launching his own nutrition brand called Hogan’s Nutrition.

Steve Austin is an American television host, actor, and retired professional wrestler who made between $5 and $12 million during his days inside the ring.

A big reason why “Stone Cold” appears on the list of the richest wrestlers is his extensive acting career. Over the years, Austin has received roles in films like The Longest Yard, The Expendables, The Condemned, and several others.

John Felix Anthony Cena is an American professional wrestler and actor who is currently signed to the WWE. Currently, Cena pulls in $5 million each year from competing in the ring.

Cena has profited heavily from his endorsement deals with the likes of Capri Sun, Fruity Pebbles, Gillette, Gold’s Gym, Hefty, along with others.

Meanwhile, has transformed into a respected actor, appearing in movies like The Marine, Daddy’s Home 2, Bumblebee, Blockers, as well as Fast & Furious.

Paul Michael Levesque is an American business executive, actor, and retired professional wrestler who is better known by his wrestling name Triple H.

Currently, he is working as the executive vice president for Global Talent Strategy & Development of WWE. On top of that, Triple H is the executive producer of the NXT brand.

During his peak years, he was making over $3 million annually when it was all said and done.

Stephanie McMahon Levesque is an American businesswoman and retired professional wrestler who is serving as the chief brand officer of WWE.

Additionally, she appears as an authority figure on the Raw, NXT, and SmackDown brands.

The wife of Triple H earned $2.2 million in 2020 through her base salary, stock rewards, incentives, and additional compensations.

The biggest global megastar to appear on the list of the richest wrestlers is undoubtedly Dwayne “The Rock” Johnson.

Johnson has starred in blockbuster movies such as Jumanji: Welcome To The Jungle, Fast and Furious 6, Hobbs & Shaw, along with dozens of other films. Reportedly, “The Rock” makes roughly $20 million per acting role at this point in his career.

While his official WWE salary is not confirmed, it’s fair to assume he was making seven figures yearly at the peak of his wrestling career.

Of the wealthy entries on this list of the richest wrestlers, Vince McMahon sits atop them all.

According to Forbes, McMahon took the WWE public in 1999, and now it’s broadcasted in roughly 150 countries and more than 30 languages.

Meanwhile, the WWE rakes in nearly $1 billion in annual revenue. McMahon serves as chairman and CEO of the entertainment company.

Related Topics:RichestSportsThe RockTop 20WWE
Up Next