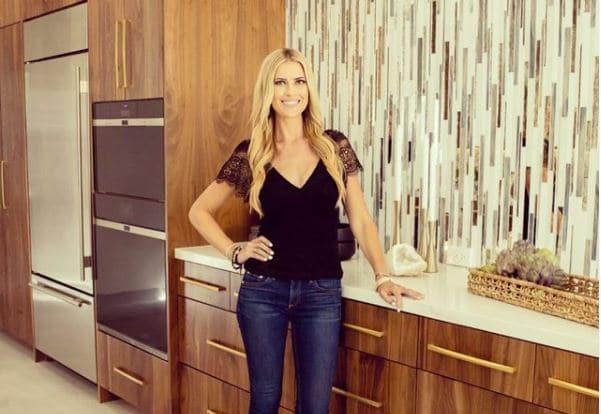 Christina Haack is an American real estate investor and television personality. Haack is best known for being part of the show as a co-host called Flip or Flop which is about real estate alongside her previous partner named Tarek El Moussa. As of 2022, Christina Haack has an estimated net worth of $15 million.

Christina was born on July 9, 1983, and grew up in Southern California. After Christina completed her college education, she started to work in the real estate industry. Christina has a sister named Carly, who is ten years younger.

Christina Haack Net Worth and Career

Along with Tarek, who would become her future husband, they would start a company called the El Moussa Group which was focused on real estate. Through a business partnership, they made one of their early investments by buying a property in a Santa Ana, California for a total of $115,000. They would later sell the property for around 30% profit. They would continue to make a series of investments not only in California but in other places in the U.S. as well such as Arizona.

However, Christina later separated from the business which is still being run by Tarek in 2018. Before that, they were a couple who were living together. When the 2008 housing bubble collapsed, it hit their business very badly as well because of which they mentioned in an interview how they had to downgrade their lifestyle.

It was in 2011 that Tarek would make an audition clip to HGTV where he showed the entire process of house flipping that occurs. To their amusement, Tarek and Christina were perceived to be great for a new show, and thus in 2012, they would be signed by HGTV in order to make a show about flipping houses called Flip or Flop. The show started in 2013 and gradually started to gain popularity.

As time went on, the show did get more popular but so did the personal differences between Tarek and Christina. As a result, Christina is currently focusing on her own show which is called Christina on the Coast where she is seen helping to renovate both her house as well as that of other people.

Christina married Tarek in 2009 and together, they have a daughter and a son. However, their differences started to increase after the birth of their second child. Eventually, they decided to split in 2016 with the divorce finally being finalized in 2018.

Christina had started to date Ant Anstead, a television presenter in 2017 and the two would tie the knot in 2018. Together with Anstead, they also have a child named Hudson London Anstead. However, in 2021 news started to surface that Haack had Anstead had divorced.

Christina is now in a relationship with a new guy named Joshua Hall. He is a realtor based in Austin, Texas.

As of 2022, Christina Haack has an estimated net worth of $15 million. She has been able to earn through the success of the real estate shows she has been involved in getting paid as much as $50,000 per episode by HGTV for her own show. She has now purchased a new $10.3 million beachfront house in Dana Point, California.