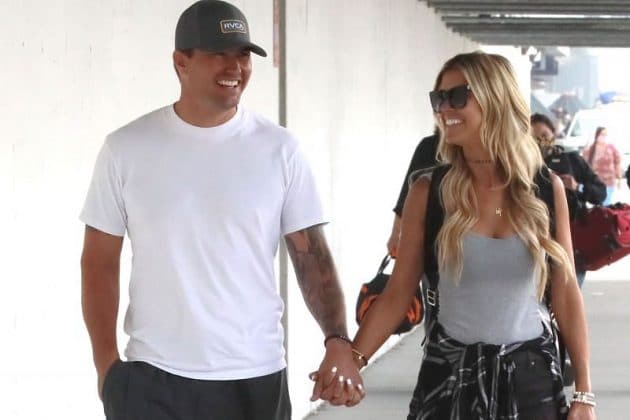 Joshua Hall is a realtor based in Austin, Texas who was previously a police officer. Hall has been in the midst of media attention because of his relationship with Christina Haack who has made a name for herself by appearing in her current show called Christina on the Coast. As of 2022, Joshua Hall net worth is estimated to be around $4 million.

Joshua Hall grew up in Southern California alongside his two sisters. Their family eventually settled there but had been moving constantly since his father was serving in the military. He attended Quartz Hill High School from where he graduated in 1999. Hall then furthered his studies by attending Santa Monica College.

Joshua Hall Net Worth and Career

Hall has not been working as a realtor throughout his life. In fact, he had previously worked for around 16 years as a police officer in California.

Hall had realized that his passion lied in helping other people which is the reason he became part of the law enforcement. However, his career would come to an early end after incurring injuries on duty. Hall has mentioned that he takes pride in his service of helping people in their difficult situations.

This led to his shift towards real estate where he started the profession after attaining a license in Texas. He is currently working as a realtor for the brokerage called Spyglass Realty where he is especially focusing on the Greater Austin area.  The reason that Hall chose Austin is that he mentioned how he fell in love with the city after visiting it in 2017.

You May Also Like:   Erwin Bach Net Worth: How Rich is Tina Turner's Husband Actually?

Joshua Hall was previously married to a woman named Chelsea. However, their relationship would come to an end that started a new chapter in his life with Christina Haack. The two had initially met some years before in a real estate conference. But, it was only after Christina’s divorce to ex-husband Ant Anstead was finalized that Christina would make their relationship public.

Christina mentioned how she had met Hall after being in a calm state of mind removing all of her previous anxiety with the help of a spiritual coach. The two felt an instant connection and recently even took a trip together to Mexico.

Hall is a big dog lover and also is a big fan of the Green Bay Packers. Having famous people in his life is not new to Hall at all since both of his younger sisters have been in the spotlight over the years. His sister Stacie Adams is well known for the role she played in the film called The Hills. His other sister Jessica was a Playboy model and has also been present as a host for the reality series called Burned. Furthermore, she is also the host of a podcast called Flashbacks.

As of 2022, Joshua Hall has an estimated net worth of $4 million. He might have earned the majority of that money as a real estate agent. On the other hand, his new girlfriend Christina Haack has a personal fortune of around $8 million.

Joel Osteen Net Worth: How Rich is the American Pastor Actually?

Ben Baller Net Worth: How Rich is the Actor & Jeweler Actually?