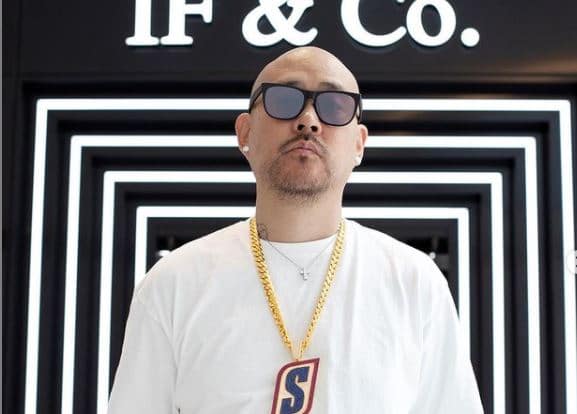 Ben Baller is a Korean-American Jeweller, DJ, and music producer. He is the founder of Icee Fresh., which creates extravagant diamond-encrusted jewelry. Ben has made a diamond-encrusted belt buckle for King of Pop, Michael Jackson. He is also known for his 21 platinum albums. As of 2022, Ben Baller net worth is estimated to be around $100 million.

Ben Baller was born on the 27th of January, 1973 in Los Angeles, California, United States. He belongs to Korean descent. His father has served as a history professor at UCLA, and his mother has worked as a dress contractor. Ben has two siblings. His elder sister, Jeanne Yang is working as a celebrity stylist. Likewise, his elder brother, David Yang is working in a different profession as he chose to become a video game producer.

Regarding his education detail, he has studied at Beverly Hills Hugh School. Later on, he attended the University of California, Berkeley. He has also studied at the San Francisco State University, from where he earned a graduate degree in Fine arts in Cinematography.

Ben started off his career working as a nightclub DJ, where he primarily played disco, funk, and hip-hop music. He began his journey as a professional DJ in 1993. Ben has likewise worked as a VP of the A&R record label. In addition to that, he has served at Priority Records and Aftermath Entertainment. At the same time, he earned fame from all around the world as an avid sneaker collector.

As a record executive, he has 21 albums credit to his name, which includes the hit album he has given with Jay-Z and Dr. Dre. He has likewise produced a reality TV series, for which he received a Webby Award in the category of the best new reality show.

Ben worked as a professional DJ until 2004, after which he jumped into the diamond chains business. His family was actually involved in the jewelry business for over 4 decades. Along with his uncle, and cousin, he launched the company named Icee Fresh. Ben added a new twist to the business landing iced-out pieces for the music’s biggest stars.

Through his over ten years of experience, Ben has become a known jewelry designer in the present time. He also likes to be called the best jeweler in the world. Ben is mostly recognized for creating extravagant diamond-encrusted jewelry. To date, he has made extraordinary jewelry designs for the famous NBA, NFL, and Hip-Hop personalities. He was in fact awarded the Coveted Jeweler of the Year award in 2017.

Ben Baller is married to Nicolette Lacson, who is a known American Filipino model. She is also a manufacturer of swimwear. Ben tied the knot with Nicolette in 2012. Their wedding ceremony took place at the Casa Del Mar based in Santa Monica. He shares two sons; London and Ryder, and a daughter, Kaia with his wife Nicolette.

Ben Baller has amassed the total net worth amount of $100 million by 2022. He owns and co-owns different companies such as he owns 85% share in a cannabis company, VVS PENS. The company was generating an annual revenue of $25 million before it was sold for $45 million.

Likewise, he owns a company named BBDTC, through which he is generating an annual revenue of $10 million. He also owns a 51% share in a custom jewelry designing company, If And Co. In addition to that, Ben reportedly owns a house worth $6 million, and a condo worth $3 million. He also has a different collection of cars worth around $2 million.

Joshua Hall Net Worth: How Rich is Christina Haack’s Boyfriend?

DeAnne Stidham Net Worth: How Rich is LuLaRoe Co-Founder in 2022?