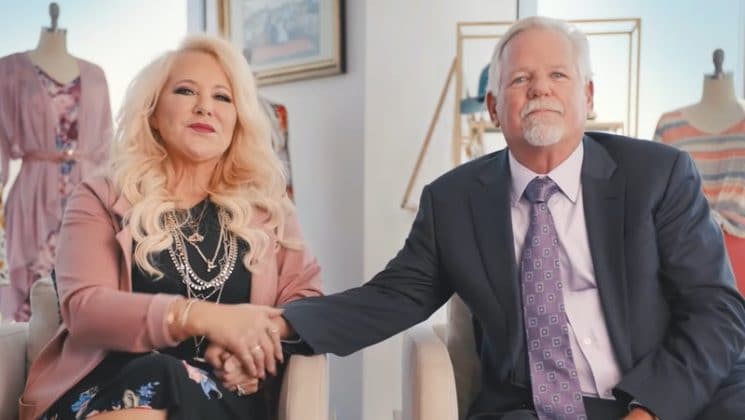 After starting in 2013, the company soon started to grow tremendously which led to their sales crossing $1 billion in 2016. Yet, the company, later on, started to face different allegations regarding their product quality as well as started getting a lot of complaints from the product sellers they worked with which has led to several lawsuits worth millions of dollars.

DeAnne comes from a family with a background in business with her maiden name being Startup. Her great grandfather was William Startup who is known to have opened the first-ever candy business in England.

Furthermore, his father Elbert Startup is the founder of the American Family and Femininity Institute. DeAnne grew up in a family that included a total of 10 siblings with herself having a twin sister as well.

DeAnne Stidham Net Worth and Career

Since DeAnne used to go to church, there would be women who would buy boutique clothes from her since they wanted to look elegant while going to church. However, with bigger competitors, this small business of DeAnne wasn’t taking off. One day, one of her daughters had requested DeAnne to make her a Maxi skirt. At first, DeAnne hesitated and mentioned that it might be better if she went and bought one. However, those in the market were not feeling comfortable for her taller daughter.

You May Also Like:   Binh Ho Net Worth: How Rich is the 'House of Ho' Star Actually?

As a result, DeAnne created a Maxi skirt for her daughter and soon her friends started to ask where she got it. She received more than 40 orders because of this. Within six months, DeAnne had been able to sell more than 20,000 such skirts while they were still operating from their home. Her husband, Mark was involved in his line of contracting work but with the growth of the business, he also would come aboard to help DeAnne.

This is when LuLaRoe was born in 2013 which has been derived from the names of her granddaughters such as Lucy, Lola, and Monroe. One of the goals that the company started with seeing the existing gap in the market was that there should be more options for comfortable clothing that is modest as well. This modesty has also inspired the values that DeAnne adopted from the church.

After meeting in 1998, DeAnne and Mark have been together ever since. LuLaRoe is known to have hired most of their senior management team from the family itself considering the huge number of offspring that are present of DeAnne and Mark.

In the new docuseries on LuLaRoe called LuLaRich, it is even mentioned that on the 6th floor where the management worked, 85% of the people there were from the Stidham family itself.

As of 2022, DeAnne Stidham has an estimated net worth of $50 million. Having made $2.3 billion in sales at its peak, the Stidham family has a combined net worth of $100 million with DeAnne alone being worth $50 million. If it were not for the different allegations and lawsuits that the company faced in the last couple of years, her net worth would probably have been a lot higher.

You May Also Like:   Amr Zedan Net Worth & Wiki: How Rich is Amr Zedan Actually?

In 2021, LuLaRoe had to pay $4.74 million in settling a Washington lawsuit along with severe damage to the brand image of LuLaRoe.

Ben Baller Net Worth: How Rich is the Actor & Jeweler Actually?

Tom Ford Net Worth: How Rich is the Fashion Designer Actually?