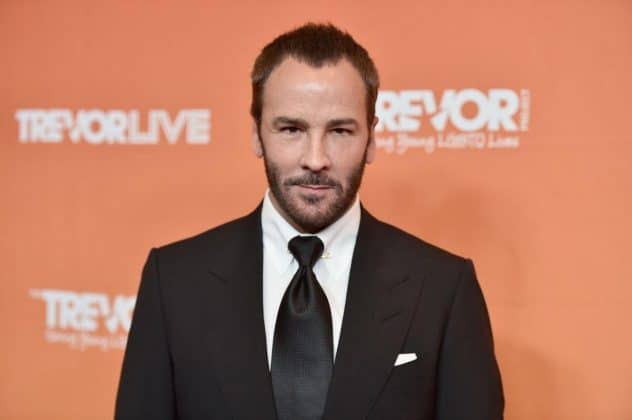 Thomas Carlyle Ford, better known as Tom Ford is a 60 years old American fashion designer and film director. Ford is the creator of the Tom Ford brand. He is also recognized as the director of the Academy Award-nominated movies “A Single Man”, and “Nocturnal Animals”. As of 2022, Tom Ford net worth is estimated to be roughly $500 million.

Tom Ford was born Thomas Carlyle Ford on the 27th of August, 1961 in Austin, Texas, United States. He was born to his parents, Thomas David Ford, and Shirley Burton. Ford grew up in two places Houston, and San Marcos. When he was 11, his family shifted to a new place, Sante Fe, New Mexico.

Regarding his education, he studied at St. Michael’s High School. Later, he attended the Santa Fe Preparatory School from where he earned his graduate degree in 1979. He has also studied at Bard College, but, he didn’t study there for long and dropped out.

Then, he joined New York University where he studied art history. Ford quickly drop out of the University after studying for a year, and from then, he started focusing on acting in TV commercials. He has also studied at Parsons The New School for Design. Ford studied fashion in his final year at The New School, however, in the end, he graduated in architecture.

Ford got the golden opportunity to excel in the fashion world after he was hired as Gucci’s chief women’s ready-to-wear designer. Then, he moved to Milan, Italy. Within six months of time, Ford expanded his role at Gucci as a menswear and shoe designer.

By reaching 1993, he was made an in-charge of designing 11 product lines. During that time, he had worked 18 hours a day. He was promoted to a new role as a Creative Director of Gucci in 1994. Tom was named the Creative Director of Yves Saint Laurent (YSL) after it was acquired by Gucci in 1999. Tom decided to part ways with Gucci in April 2004. He parted ways with the luxury fashion house after putting everything for 15 years.

Tom came up with his own line of menswear, beauty accessories named Tom Ford label in 2005. Besides his experiences in the fashion lines, he has also made a major contribution to the entertainment industry. He launched his film production company named Fade to Black in March 2005.

Ford directed his first movie titled “A Single Man” in 2009. The movie received nominations at many prestigious award ceremonies. In 2016, he directed a movie titled “Nocturnal Animals”, which was an adaptation of Austin Wright first published novel “Tony and Susan”. The movie earned positive reviews from critics and audiences. It also won the Grand Jury Prize at the world’s oldest film festival, Venice Film Festival.

Tom Ford was married to Richard Buckley, who has served as an editor in chief of a lifestyle magazine, Vogue Hommes International. Ford and Richard had their first meeting at New York Fashion show in 1986. Since the first time they came face to face in the elevator, they knew that they are made for each and soon the pair started dating.

Ford got wed to Buckley in 2014 after same-sex was legalized in the United States. The pair shares a son together named Alexander Jack Buckley Ford, who was born in September 2012. Their son, Jack was born through gestational surrogacy.

Tom lost his longtime partner, Richard Buckley on September 19, 2021, after he passed away due to natural causes. Ford and their son, Jack was present with Richard at his last moment.

As of 2022, Tom Ford’s personal wealth is estimated to be a mammoth $500 million. He has gathered a vast chunk of money from serving as a creative director of Gucci Group, and the YSL brand. Ford owns a huge Holmby Hills Mansion worth $40 million in Los Angeles. He also owns a 20,000-acre ranch worth around $48 million in Santa Fe New Mexico.

DeAnne Stidham Net Worth: How Rich is LuLaRoe Co-Founder in 2022?

Obi Cubana Net Worth: How Rich is the Nigerian Businessman?