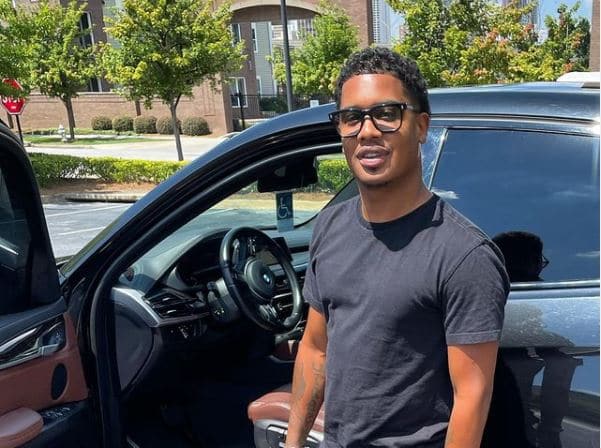 Tracy Richardson, who is better known as Tracy T, is an American rapper who is best known for creating singles such as Swagger Right Check as well as releasing the albums Millionaire Nightmares and Time Machine. As of 2022, Tracy T net worth is estimated to be around $1.2 million.

As per one of the interviews that Tracy did, he mentioned how he had it in his mind that he would become a rapper one day when he heard the song called Gin and Juice by Snoop Dogg. Tracy was only six years old at that time but this seed left in his mind would later mature into really pursuing rap.

By the time that he was 14 years old, he started to rap a lot but mentioned that during that stage of his life, he only had the support of his grandmother and had to struggle a lot in order to progress in his life.

Tracy T Net Worth and Career

Tracy T released his debut single called Swagger Right Check back in 2009. He went on to release several more songs including working on collaborations with artists such as Yowda in creating works such as Narcos and 50 Shades of Green.

Furthermore, taking inspiration from the hit film The Wolf of Wall Street, Tracy created the single called The Wolf of All Streets which was very relevant at that time. Some of his more recent works include Million Nightmares as well as Never 2 Late which was released in 2020 and became a big hit especially online.

Over his career so far, Tracy has already worked with successful personalities in the industry such as Rick Ross, and has also started his own music label run independently called Money Bound Entertainment. Furthermore, he is also said to be running a clothing line with the same theme.

Tracy T currently stands at a height of 5 feet 10 inches or 178 cm tall and weighs around 75 kg or 165 pounds. His body stats like chest size, waist size, and arms size are not available at the moment. Likewise, his hair color and eye color are both black.

In 2021, Tracy and Kash Doll made public that they were seeing each other. Kash Doll is also a rapper who has become known for her successful singles such as Ice Me Out as well as For Everybody.

This brought a lot of attention towards Tracy since Kash is the more known person online among fans. There were even rumors that started to become viral which mentioned that Tracy was cheating on Kash which was completely false.

Their relationship has strengthened more and more with the two announcing that Kash was pregnant. As per one of Tracy’s Instagram posts, he might have a son but this is not confirmed since he looks very young to have an 18-year-old son. Nevertheless, he had gifted this person a 2022 K5 GT as an appreciation gift so he is probably very close to Tracy.

In his life, one of the darkest moments came in December of 2009 when he was shot multiple times. This was a fatal incident that could have even led to his death but thankfully he survived the incident.

However, the recovery process took time as he even had to learn to walk again. Furthermore, this also affected his career since he would have chest pains when he was doing the performances. It could also be this reason that Tracy decided to start a music label so that he could focus more on management rather than being a core performer.

As of 2022, Tracy T has an estimated net worth of $1.2 million. He has accumulated this fortune through his rap career and his music label.

G Herbo Net Worth: How Rich is the Rapper Actually in 2022?

Lil Yachty Net Worth: How Rich is the Rapper Actually in 2022?