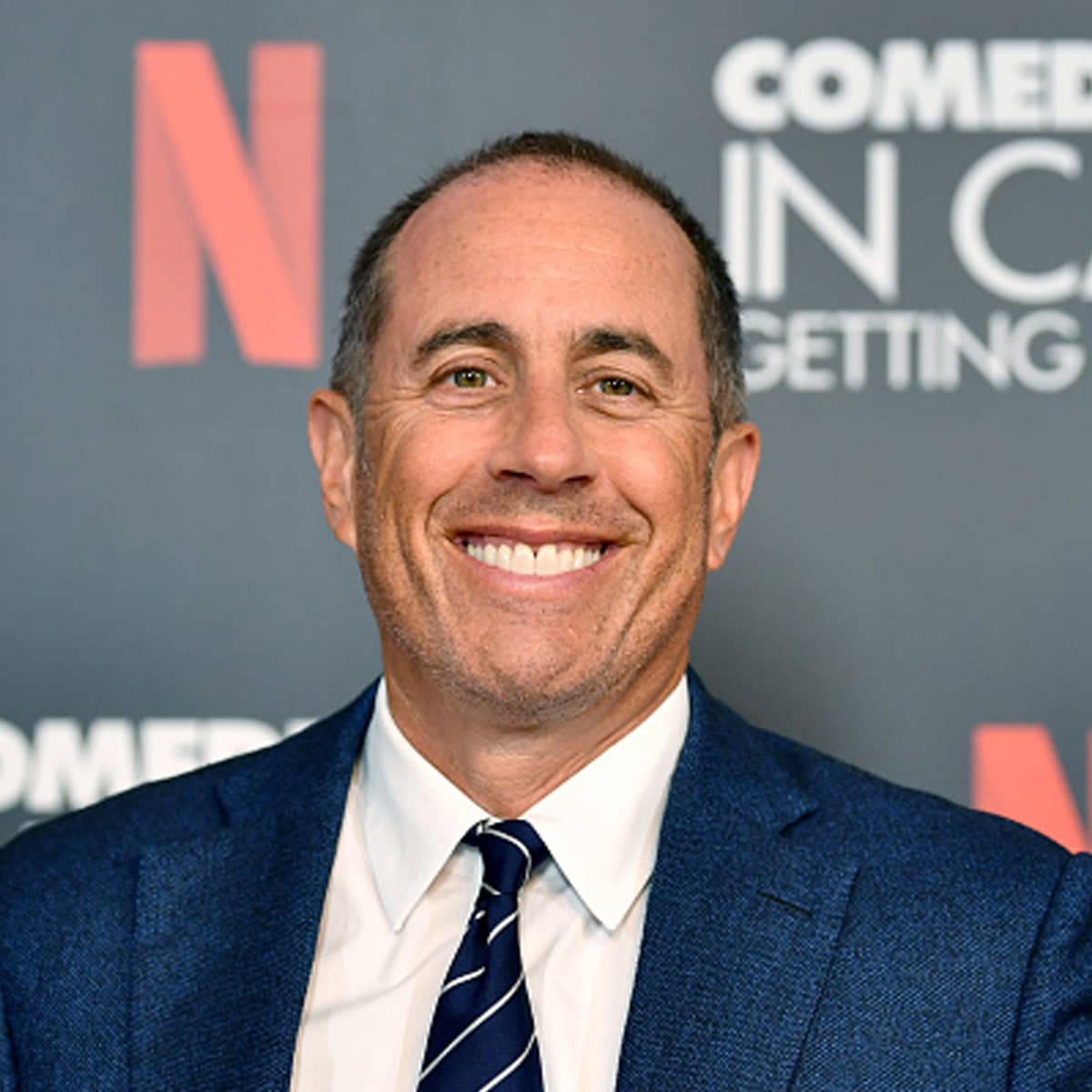 The 20 richest actors on the planet according to their net worths can be found below. Each of them are staples of the industry, but a few names on the list may surprise you, including the actor who takes the top spot.

We have gathered information from a variety of sources such as Forbes, The Richest, and Celebrity Net Worth to determine the net worths of these on-screen entertainers.

Before you begin reading the list, can you guess who the richest actors in the world are?

Robert Downey Jr. is an American actor and producer who is best known for starring in Marvel’s Iron Man film series. From 2013 to 2015, Forbes listed Downey as Hollywood’s highest-paid actor.

His movies have grossed billions worldwide, making him one of the richest actors on the planet as of 2022. Marvel has been especially kind to Downey as he’s made over $100 million playing roles in their movies.

Brad Pitt is an American actor and producer who is best known for starring in mega-films like Fight Club, Ocean’s Eleven, Seven, and many more.

He is an Academy Award winner as well as a multi-time receiver of the Golden Globe Awards. Undoubtedly, he is one of the most recognizable actors of the last century.

According to Refinery29, Pitt made roughly $10 million for Seven Years In Tibet, around $17.5 million each for Fight Club, Meet Joe Black, and Troy, and then an incredible $30 million for Ocean’s Twelve.

Michael Douglas is an American actor and producer who is best known for portraying Gordon Gekko in Oliver Stone’s 1987 film Wall Street. Actually, he even produced the highly-acclaimed 1975 movie One Flew Over the Cuckoo’s Nest.

Easily, his prime was in the 1990s when he produced and starred in many box office hits. In addition to success at the box offices, Douglas has garnered critical acclaim for many of his roles.

Mark Wahlberg is an American actor, producer, and former rapper who is best known for becoming an A-list name in the industry since the beginning of the 21st century. From 2000 to 2003, he appeared in The Perfect Storm, Planet of the Apes, and The Italian Job.

He has starred in many successful films spanning several different genres. Many will remember him for his appearances in The Departed, The Other Guys, Ted, The Fighter, and many more. He has also delved into businesses outside of entertainment.

Will Smith has been a millionaire since he was 20 years old and he is currently one of the richest actors in Hollywood. He has starred in box office smashes like Men In Black and Bad Boys.

However, he has received critical acclaim for his roles in movies like The Pursuit of Happiness, Seven Pounds, Ali, and Concussion. Many will still remember him for being The Fresh Prince both on-screen and behind the mic.

Clint Eastwood is an American actor, director, and producer who is one of the longest, hardest working people in the industry. Originally, he made a name for himself in the western film genre.

Yet, he has expanded his range into dramas, biographical films, and even comedies. Remarkably, the 91-year-old is still active to this day, keeping him one of the richest actors in the business.

Arnold Schwarzenegger is an Austrian-American actor, producer, former bodybuilder, and former politician who is best known for dominating the film industry in the 1980s/1990s.

Starring in mega films like Terminator, Predator, Commando, Total Recall, and many others turned Arnold into a worldwide superstar.

Interestingly, it’s been reported that Schwarzenegger made $21,428 for every word he said in the Terminator 2 movie.

Jackie Chan is a Hong Kong-born Chinese actor, filmmaker, and stunt man who is best known for starring in action comedies where he always conducts his own stunts.

The global star has become one of the richest actors due to his consistent work output. He is a star in Asia as well as America.

Amitabh Bachchan is one of the biggest names within the Bollywood film industry. His work has made him one of the richest actors in the world, regardless of industry.

Many note him as influencing the current Bollywood movie scene. His net worth of $400 million puts him up there with the biggest stars in Hollywood.

Not only does Bachchan act in films, but he also invests in them. However, not just movies, he invests in TV commercials, TV show hosts, and properties as well.

Tom Hanks’s films have grossed more than $4.9 billion in North America and more than $9.96 billion worldwide, making him one of the highest-grossing actors ever.

His legendary roles in Forrest Gump, Philadelphia, Saving Private Ryan, and Catch Me If You Can are just scratching the surface of what he has accomplished as an actor.

For doing the voice-acting of the character Woody in the Toy Story film franchise, Hanks earned a whopping $15 million.

Jack Nicholson has been active within the industry for over five decades. Impressively, he has dominated in drama films along with comedies throughout his career.

The six-time Golden Globe Award winner is recognized for his roles in The Shining, A Few Good Men, Anger Management, Batman, and man more.

Reportedly, Nicholson earned $6 million for playing Joker in the 1989 Batman film. In addition to that, he made a lucrative amount of money from receiving a piece of the coinciding merchandise sales.

Jennifer Lopez is an American singer, actress, and dancer who is best known for appearing in dramas, thrillers, and romantic comedies.

Her net worth of $400 million makes her the richest actor (female) in the world. Notably, she has made a good chunk of her income aside from acting, but her acting profile is nothing to scoff at.

Surprisingly, Lopez claims she basically starred in and produced the movie Hustlers for free. Of course, she made was paid for box-office sales after the film’s release though.

Adam Sandler has been a staple in the world of comedy dating back to the 1990s. His films Happy Gilmore, Billy Madison, The Waterboy, Big Daddy, and The Longest Yard are all cult classics.

Recently, he got into dramas, which is highlighted with his 2019 award-winning movie Uncut Gems.

In 2014, Netflix gave Sandler an insane four-movie contract worth $250 million. It’s estimated that he has earned an average of $20 million per movie throughout his career.

You May Also Like:   Top 20 Richest Directors Ranked by Their Net Worth 2022

Few can stack up with Sylvester Stallone when it comes to action movies. Movies like Rocky, First Blood, Demolition Man, and The Expendables have made him a real-life action hero.

With a net worth of $450 million, Stallone continues to exude dominance in the film industry. After the first Rocky was such a smash hit, Stallone took home a total of $30.5 million for the next three movies.

Mel Gibson has made a name for himself both on-screen and behind the camera. Acting in movies like Mad Max and Lethal Weapon made him a household name.

Then, he directed classics like Braveheart, The Passion of the Christ, and Apocalypto. Mel is one of the most versatile entertainers we have in the industry.

This sounds wrong, but it isn’t, reports indicate that Gibson brought home somewhere in the ballpark of $400 million for The Passion of the Christ.

Once widely considered the sexiest man on the planet, Clooney is a multi-time award-winning actor. His roles in Ocean’s Eleven, From Dusk Til Dawn, The Perfect Storm, and Gravity, made him a very well-respected actor.

His starring roles in dozens and dozens of Bollywood films has made him a worldwide star. Khan is a businessman in addition to being an actor. In recent years, Khan has been hosting television shows and events, which has yielded him a significant sum of money.

Impeccably, Tom Cruise’s films have grossed over $4 billion in North America and over $10.1 billion worldwide. The movie star is best known for starring in movies like Mission Impossible, Top Gun, The Last Samurai, Rain Man, Oblivion, and man more.

For playing the role of Maverick in the movie Top Gun, Cruise earned $13 million upfront. Remarkably, he made up to $100 million in total from Mission Impossible 2. Lastly, he tallied $75 million from the fourth installment of the franchise, Ghost Protocol.

The co-creator and co-writer of the most popular sitcom of all time is Jerry Seinfeld. The comedian has become a legend in his niche, being considered one of the greatest comics ever.

Seinfeld ran for nearly a decade and it is still syndicated presently. Jerry also created the popular series Comedians in Cars Getting Coffee, which can be found on Netflix.

You read that correctly, Tyler Perry is the richest actor in the world as it stands today. Surprising to some, Perry has made his way to the top of the list through consistent, successful work.

Frequently, you will see him star in his own movies, which can be seen in Tyler Perry’s House of Payne series. He is the only actor to surpass the billion net worth figure.

Perry’s Madea series has been a box office juggernaut since its introduction back in 2005. In summation, the franchise has totaled $558,593,220 at the box office.

Add in a deal with ViacomCBS that pays him $150 million per year and you have the richest actor in the world as of 2022.

Top 20 Richest Rappers in 2022 Ranked by Net Worth