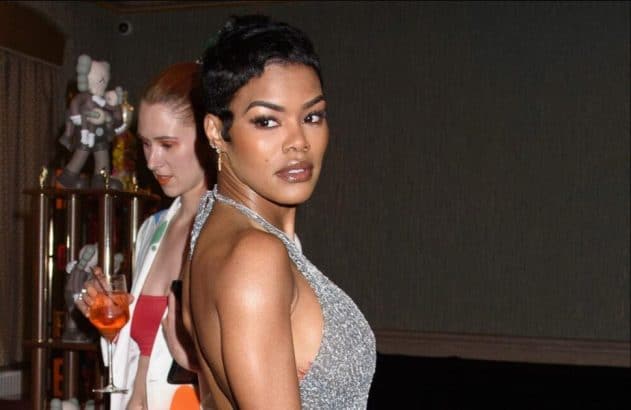 Teyana Taylor is an American singer-songwriter, actress, and model. She is best known for being part of the television show called ‘Teyana and Iman’ along with her husband Iman Shumpert who is a professional basketball player. As of 2022, Teyana Taylor has an estimated net worth of $6 million.

Taylor has written songs for artists such as Usher and Chris Brown and has also appeared in many top runaways in her modeling career.

Teyana’s mother raised her and is currently acting as her manager as well. When she was only 15 years of age, she was the choreographer for a music video called Ring the Alarm which was performed by Beyonce. Then in 2007, Teyana signed a recording deal with Star Trak Entertainment which was associated with Pharell Williams.

Teyana Taylor Net Worth and Career

Teyana released her debut single which was called Google Me which managed to reach number 90 in Billboard’s Hot R&B/Hip Hop songs. She then went on to release her debut mixtape called From a Planet Called Harlem. With her growing popularity, Teyana started to get into acting with her start coming in Stomp the Yard: Homecoming. At the same time, she helped to put some vocals into Kanye West’s songs such as Dark Fantasy and Hell of a Life.

In 2011, she then made an appearance in the film called Madea’s Big Happy Family which was originally a play. She continued contributing to the songs of many top artists and in 2014 would announce the release of her debut album called VII which debuted at number 19 on the Billboard 200. Since then she has collaborated with artists such as Chris Brown as well as Adina Howard for different projects.

In 2019, Teyana was part of several hit projects including the song called Morning as well as the We Got Love. That same year, she announced her third studio album which was called The Album. This album was finally released in June of 2020 during the pandemic.

Teyana has over 13 million followers on Instagram because of which she often does brand endorsement deals with many top brands all over the world. One of her partnerships was with Adidas where they collaborated on releasing two pairs of sneakers. The first pair released was called Harlem GLC’s which was a huge success with Teyana holding the record for it being the fastest-selling sneaker in the history of Adidas Originals.

Teyana and Iman Shumpert announced their marriage in 2016 and have two children together. Their life is documented in their show called Teyana and Iman where different parts of their lives are shown on how they are juggling between the sports career of Iman, the modeling projects of Teyana, and also raising a family at the same time. Teyana also loves to work out and even created a workout program called Fade 2 Fit for her fans.

You May Also Like:   Raphy Pina Net Worth: How Rich is Raphy Pina Actually in 2022?

As of 2022, Teyana Taylor has an estimated net worth of $6 million. Teyana has kept her hands busy in different projects over the years because of which there was never a shortage of work in her career.

Josh Groban Net Worth: How Rich is the Singer Actually in 2022?

Ana Barbara Net Worth: How Rich is the Mexican Singer Actually?