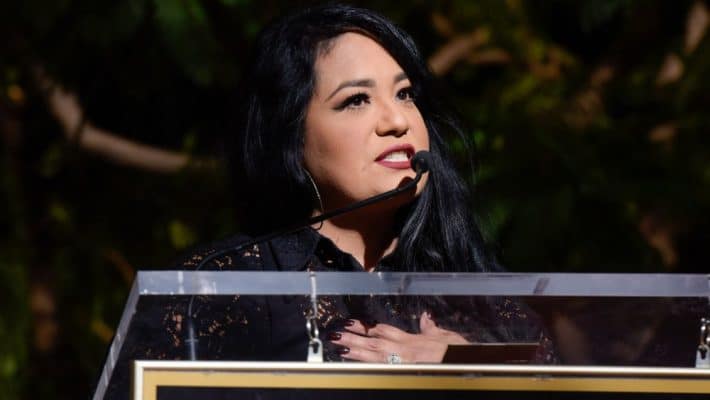 Suzette Quintanilla is an American musician, actress, and producer. She is best known for being an elder sister of famous American Latin singer, Selena Quintanilla-Perez. Suzette played the drum on a Tejano band, Selena y Los Dinos until Selena was murdered in 1995. As of 2022, Suzette Quintanilla net worth is estimated to be around $3 million.

Suzette is an executive producer of the biographical drama, Selena: The Series. The second part of the series started premiering on Netflix on May 4, 2021.

Suzette Quintanilla was born on 29th June 1967 in Lake Jackson, Texas, United States. She was born to parents, Abraham Quintanilla Jr. and Marcella Samora. Her father, Abraham Quintanilla is a singer, who formed a band, Selena y Los Dinos. She has an elder brother, A. B. Quintanilla, who played the guitar, and her younger sister, Selena was a lead singer in the band.

Suzette’s part in the band was to play drums and percussion. She also gave backing vocals. The band has been one of the popular groups in the United States selling over 80,000 copies in Texas alone before Selena was signed to the recording label, EMI Latin.

She was one of the pillars of the band, who played drum until her sister was killed in 1995. Following that, she started working on preserving Selena’s legacy. She is currently looking after the family’s music production company, Q Productions as CEO and President.

You May Also Like:   Jimmie Allen Net Worth: How Rich is the Country Singer Actually?

In addition to that, she is heading the management of Selena Museum, located in Corpus Christi, Texas. She is also coordinating the licensing for other ventures, which includes the best-selling, Selena MAC Cosmetics Collection.

Suzette is currently in limelight after the second season of the biographical drama series, Selena: The Series was premiered on Netflix. In early episodes of the series, Suzette’s wedding ceremony and married life has been highlighting part. At the wedding party, the murderer of Selena, Yolanda Saldivar was seen as a bridesmaid.

Following Yolanda’s presence at the wedding party, viewers have started posting their reactions on Twitter. Yolanda was considered a close family friend, and she even started a fan club for the late singer, Selena in 1991. Being close to the family members, there would be no surprise that she would make a presence in her wedding party.

Suzette Quintanilla is married to Bill Arriaga, who was her longtime boyfriend before tying the knot in 1993. The couple shares a son together, Jovan, who reached 23 years of age in march 2021. According to Suzette, her son, Jovan’s smile gives a resemblance to her late sister, Selena.

As of 2022, Suzette Quintanilla’s personal wealth is estimated to be roughly $3 million. She has earned the hefty sum from managing the family’s music production company, Q Productions. Moreover, she also earns some amount from managing the Selena online store.

Chris Perez Net Worth: How Rich is Selena Quintanilla’s Ex-Husband?