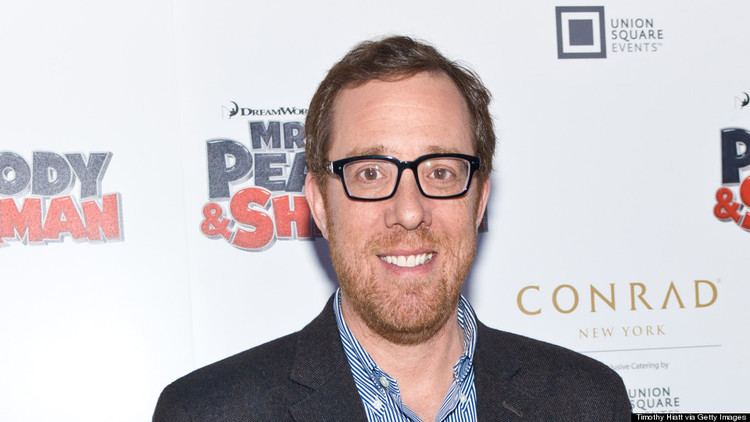 Rob Minkoff is an American movie director, producer, animator, and screenwriter. He is best recognized as a co-director of two Academy award-winning Disney animated movie “The Lion King”. Rob is also known as a director of “Stuart Little”, “Stuart Little 2”, and “The Forbidden Kingdom”. As of 2022, Rob Minkoff net worth is estimated to be around $30 million.

Rob Minkoff was born on the 11th of August, 1962 in Palo Alto, California, United States. He was born to Jewish parents, Jack Robert and Tola Fay Minkoff. Regarding his education, he earned a high school degree from Palo Alto High School. Later, he joined the California Institute of Arts, from where he majored in the Character Animation department in the early 1980s.

Rob got a big break in 1983 as he was selected by Walt Disney Animation Studios to work in an Animated fantasy movie “The Black Cauldron”. In 1986, he worked as a supervising animator for the animated mystery adventure movie “The Great Mouse Detective”. Following that, he was appointed as a character designer for the animated musical movie “The Brave Little Toaster”.

His next work as a character animator came in 1989 released a musical fantasy animated movie “The Little Mermaid”. After that, he directed two Roger Rabbit shorts; “Tummy Trouble” in 1989 and “Roller Coaster Rabbit” in 1990. Rob also gave his animation ideas for the movie “Beauty and the Beast”, as he was a crucial part of pre-production script development. In 1992, he directed Mickey Mouse’s short “Mickey’s Audition”.

Rob’s all hard work paid off when he got an opportunity to direct the animated musical drama movie “The Lion King”. He directed the movie along with Roger Allers. The movie later received 2 Academy awards; Best Original Score and Best Original Song. His next directorial movie came in 1999 titled “Stuart Little”. The movie was his first-ever live-action movie, which was loved by the audience.

Minkoff even directed the second part of the movie “Stuart Little 2” in 2002. The movie was a mixture of computer animation and live-action, which turned out to be a big hit. In 2003, he directed another live-action movie “The Haunted Mansion”. Rob gave another box office success movie titled “The Forbidden Kingdom” in 2008. The movie features Jackie Chan and Jet Lee in lead roles.

Rob tried different genres of movies in 2011 by directing a crime comedy movie titled “Flypaper”. However, the movie didn’t become successful at the box office. In 2014, he came up as a director of the computer-animated comedy movie “Mr. Peabody & Sherman”. The movie became a big hit in the office earning $275.7 million worldwide.

Rob Minkoff is a married man, who tied the knot with an entrepreneur, Crystal Kung on September 29, 2007. Crystal is presently appearing on the 11th season of the reality show, The Real Housewives of Beverly Hills.

You May Also Like:   Todd Bridges Net Worth, Age, Bio, Job, and Family

Rob met her first time during a party in 2003, which was organized in his office. After that, they had their first date at the premiere show of the animated movie “Finding Nemo”. Rob put a marriage proposal to Crystal in 2006 on the occasion of Valentine’s Day. The pair shares two children; a son Max and a daughter, Zoe.

As of 2022, Rob Minkoff’s personal wealth is estimated to be around $30 million. On the other side, his wife Crystal Minkoff’s net worth is estimated to be around $1 million. Additionally, she will be making around $100,000 for her RHOBH first season. Rob has also produced an animated movie “Blazing Samurai”, which is scheduled to release soon in 2021.

Peter Dante Net Worth: How Rich is the Actor Actually in 2022?

Norm Macdonald Net Worth: How Rich was the Comedian Actually?