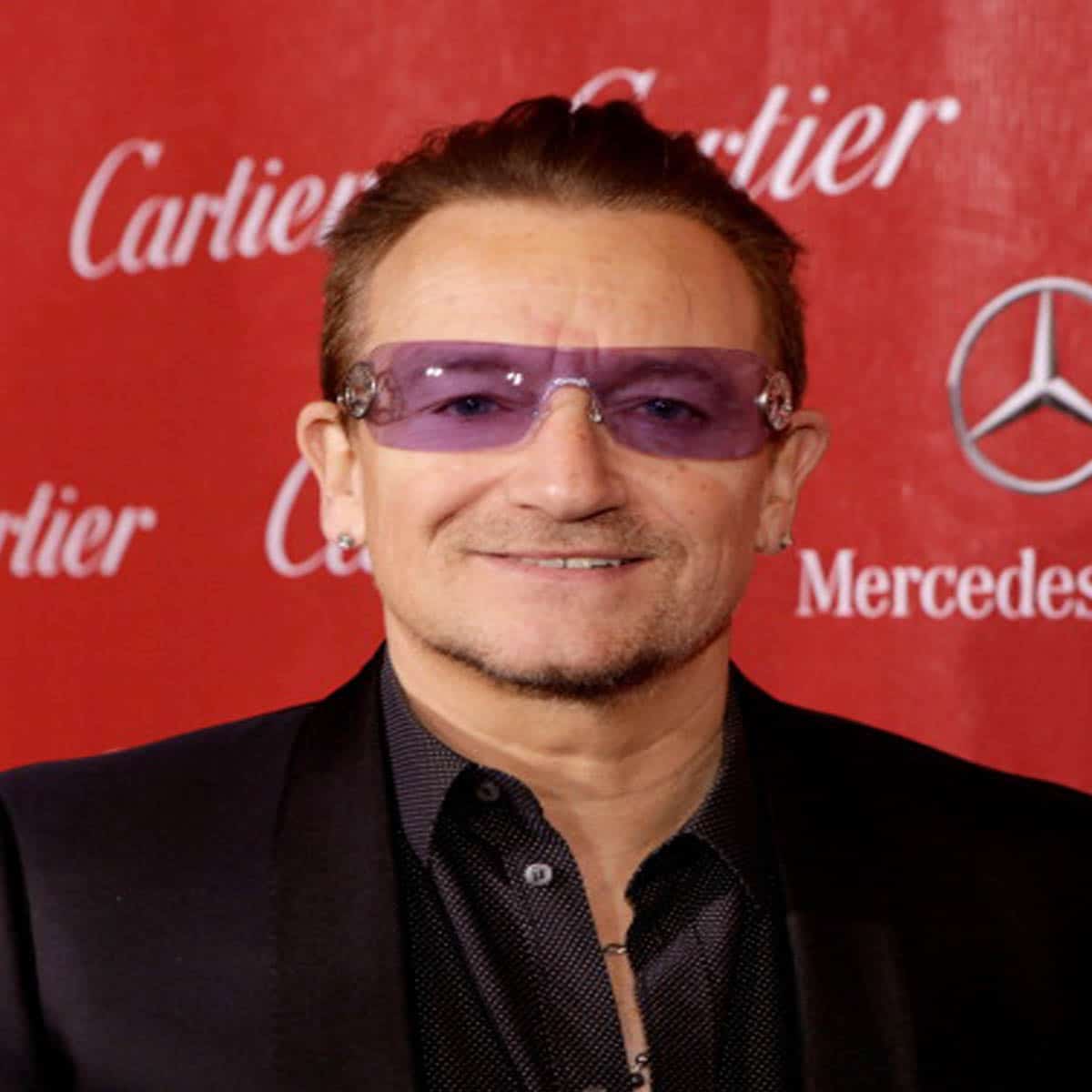 The top 20 richest rockstars in the world according to their net worths can be found below. All of these musicians are the top earners in the world, but one remains far above the rest.

We have gathered information from a variety of credible sources such as Forbes, The Richest, and Celebrity Net Worth to determine the net worths of the richest soccer players on the planet.

The 20 richest rockstars living on planet earth today according to their 2022 net worths:

James Hetfield is best known for being the lead singer, guitarist, and songwriter for the mega-popular heavy metal band, Metallica. He, along with Lars Ulrich, co-founded the band.

Incredibly, Metallica is the third highest-selling band/artist in the United States, having moved over 110 million copies worldwide.

Hetfield and the band have been touring consistently since the mid-1980s, and they’re still at it.

Robbie Williams is an English singer, songwriter, musician, and record producer who is most famous for being a member of the pop group Take That as well as his successful solo career.

Moreover, Williams is one of the best-selling British artists of all time, selling over 75 million records sold worldwide. Furthermore, he once broke a world record when he sold 1.6 million concert tickets in one day.

Dave Matthews is an American singer, songwriter, musician, actor, and record label owner who is the lead vocalist for the immensely popular Dave Matthews Band.

The two-time Grammy Award winner has sold over 33 million albums in the United States.

Also, Billboard reports that the Dave Matthews Band sold more tickets to its shows than any other band on the planet, moving an insane 11,230,696 tickets between 2000 and 2009.

Bjorn Ulvaeus is a Swedish songwriter, composer, musician, writer, and producer who is a member of the musical group ABBA.

Since their first hit Waterloo release in 1972, ABBA has sold 385 million albums worldwide.

Aside from working with the group, Bjorn has composed musicals such as Mamma Mia! and Mamma Mia! Here We Go Again.

Anni-Frid Lyngstad is a Norwegian-Swedish singer, songwriter, and environmentalist who is most famous for being one of the founding members and lead singers of ABBA.

Meanwhile, Lyngstad went on to have a successful solo career as well, with her 1996 album Djupa andetag peaking atop the charts in Sweden.

Roger Waters is an English songwriter, singer, bassist, and composer who is most known for co-founding the legendary rock band known as Pink Floyd.

In total, the band has north of 250 million records globally. Also, their The Dark Side of the Moon album is regarded as one of the greatest albums in music history.

Additionally, Waters and his bandmates have made millions off of touring and merchandise.

The Edge is an English-born Irish musician, singer, and songwriter who is most famous for being the lead guitarist, keyboardist, and backing vocalist of the rock band U2.

The band, which has won 22 Grammys over the years, has moved over 170 million units worldwide as of 2022.

Aside from his work with U2, The Edge has worked with prominent acts such as Johnny Cash, Tina Turner, Jay-Z, Rihanna, amongst others.

Adam Clayton is an English-born Irish musician who is best known for serving as the bassist of the rock band U2. Like The Edge, Clayton has made most of his millions with the legendary band.

He is one of the founding members of U2 which was formed back in 1976. Meanwhile, he and the rest of his mates ventured on several lucrative world tours over the years.

Notably, Clayton and his bandmate Larry Mullen Jr. worked on the soundtrack for the Tom Cruise starring film Mission Impossible in 1996.

Ringo Starr is an English musician, singer, and songwriter who gained worldwide fame as the drummer for the Beatles. As of 2014, the band has sold over 600 million albums worldwide.

Moreover, their top-selling project is Abbey Road, which achieved platinum status 27 times over. Yet, their The White Album isn’t far behind, selling over 24 million copies.

Despite being into his 80s, Ringo is still touring. Additionally, he has acted in movies as well as authored books throughout the years.

Sting is an English musician, singer, songwriter, and actor who is most famous for being the frontman and the bassist for the new wave rock band the Police. Although, he has been very successful as a solo artist also.

Combined, Sting has moved north of 100 million copies of his music worldwide. According to Forbes, Sting and the band earned an insane $105 million through their reunion tour in 2008.

Gene Simmons is an Israeli-American musician, singer, and songwriter who is easily most known for being the bassist and co-lead singer of Kiss, as well as co-founding the band with Paul Stanley.

Furthermore, Kiss has moved over 100 million albums worldwide, making them one of the highest-selling bands ever.

Simmons and his bandmates have made millions off of licensing in the form of producing products like comic books, jewelry, condoms, lunch boxes, and games.

Mick Jagger is an English singer, songwriter, actor, and film producer who became internationally famous as the lead vocalist and one of the founder members of the Rolling Stones.

Notably, the band has released over 30 albums which have amassed over 240 million sales.

Reportedly, Mick Jagger owns roughly $250 million worth of real estate as of 2022. Also, he has realized a profit from acting and filmmaking over the years.

Eric Clapton is an English rock and blues guitarist, singer, and songwriter who is widely regarded as one of the best guitarists of all time.

As a solo artist, Clapton has sold an incredible 280 million records throughout his career.

Meanwhile, the musician has earned an income through touring, composing, acting, and producing. In fact, Clapton wrote the soundtracks for all four Lethal Weapon movies.

Jon Bon Jovi is an American singer, songwriter, guitarist, and actor who is the founder and frontman of the rock band Bon Jovi. Remarkably, he appeared at number 16 on Forbes’ 2016 list of wealthiest celebrities in America.

You May Also Like:   Barbra Streisand Net Worth: How Rich Is the Entertainer in 2022?

The band has dropped 15 studio albums and has moved over 130 million units over the years.

Aside from music, Bon Jovi has made money from co-owning an Arena football team, launching foundations and businesses, as well as appearing in films and on television.

Keith Richards is an English musician, singer, and songwriter who realized international fame as the co-founder, guitarist, secondary vocalist, and co-principal songwriter of the Rolling Stones.

Meanwhile, Richards is a bestselling author with his autobiography titled “Life” selling over 1 million copies in a year’s time. It’s one of the most popular rock autobiographies ever written.

Richards along with Mick Jagger have become a couple of the richest rockstars of all time as a result of their ridiculously successful music catalog and coinciding global tours.

Elton John is an English singer, pianist, and composer who has been in the business for over six decades. He is one of the best-selling musicians in the history of entertainment.

He has seen his albums achieve diamond status (1), multi-platinum (40), and gold (23), totaling over 300 million in records sold worldwide.

Not only is Elton one of the richest rockstars on the planet, but he is easily one of the most respected composers to ever live.

Bruce Springsteen is an American singer, songwriter, and musician who has released a total of 23 studio albums over the course of his almost 50-year career.

There might not be an artist on planet earth who has profited more off of touring than Springsteen. To this day, fans clamor to witness him live, often selling out arenas.

Moreover, he has made money from appearing on TV as well as his popular autobiography.

Heading into the top three richest rockstars and to little surprise, Jimmy Buffett enters the list. He is an American singer-songwriter, musician, author, actor, and businessman best known for his hit songs like Margaritaville and Come Monday.

Additionally, Buffett has sold more than 20 million albums, which isn’t immensely impressive, but he has made millions outside of music.

As a part of his Margaritaville Holdings, Buffett has opened a string of restaurants, bars, hotels, and casinos. Lastly, he has produced food products and collaborated with beer companies like Anheuser-Busch.

Bono is an Irish singer-songwriter, activist, philanthropist, and businessman who is best known as the lead vocalist and primary lyricist of rock band U2.

The third U2 entry on the richest rockstars top 20 list has made savvy investments in Elevation Partners who bought large shares of Forbes Media Group and Facebook.

That’s aside from the over 150 million albums he has sold with his U2 bandmates.

Paul McCartney is an English singer, songwriter, musician, and record/film producer who achieved worldwide recognition as co-lead vocalist, co-songwriter, and bassist for the Beatles.

The most famous band of all time is also the best selling ever, moving over 600 million units.

He is the richest living member of the group due to his touring, songwriting royalties, and licensing agreements. Now, McCartney is a part of the billionaires club.

Top 20 Richest Authors Ranked by Their Net Worth 2022