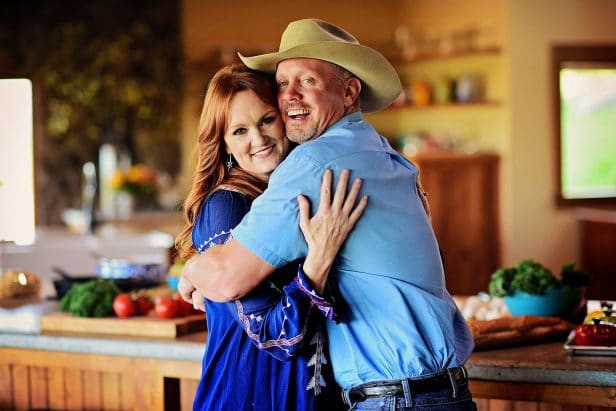 Ladd Drummond is a fourth-generation cattle rancher from America, He is the co-owner of America’s one of the biggest ranch estates, Drummond Land & Cattle company. Ladd is also famous for being the husband of popular TV personality and blogger, Ree Drummond. As of 2022, Ladd Drummond net worth is estimated to be around $220 million.

Ladd Drummond was born on 22nd January 1969 in Nebraska, Omaha, United States. He was born as the youngest son of Chuck Drummond and Nan Oslen. Ladd has two brothers, Todd and Tim. His older brother Todd died in a car accident.

Regarding his education details, he completed his high school education at Pawhuska High School. Later Ladd joined Arizona State University, from where he held his graduation degree.

Ladd Drummond Net Worth and Career

Ladd is currently looking after the company, Drummond Land & Cattle Co. along with his brother Tim and father Chuck. The company was founded by Frederick Drummond who emigrated from Scotland in the late 1800s. Frederick started the company after getting married to Kansas native lady Addie Gentner.

The Drummond family is the twenty third largest landowner in U. S. They own the big 433,000 acres of land which covers an area of 675 square miles. Ladd and his family were earlier living in Oklahoma. later they moved to Ranch.

You May Also Like:   Dietrich Mateschitz Net Worth: How Rich was Red Bull Co-owner?

Ladd’s father Chuck was preparing his sons for their future business venture since they were little kids. Ladd, along with his brothers used to help his dad as manual labor and driving trucks. They also gained a brief knowledge of operating machines.

The Drummonds family has involved in other business ventures as well. In 2016, they started a restaurant retail store named The Merchantile. The restaurant is located in a 100-year-old Pawhuska building, which they renovated in 2012.

Likewise, the Drummond have started a bed and breakfast house named The Boarding House in 2018. In addition to that, they are also the owner of the ice cream parlor, Charlie’s Sweet Shop, and P-Town Pizza, which is located in downtown Pawhuska.

Ladd and his family became popular after they were featured in Ree Drummond’s blog called The Pioneer Women. The blog covers Drummonds family and her real-life story as a ranch wife and a mother. The Drummonds has also appeared in Food Network’s show “The Pioneer Woman”.

Ladd Drummond is married to popular blogger and TV star, Ree Drummond. They had their first meeting in a bar during the mid-1990s. She had just moved shifted to Oklahoma when she met Ladd. They tied the knot on September 21, 1999.

The couple enjoyed their honeymoon in Australia. He had a special wedding gift for her, which was a diesel lawn mover. The couple shares four kids, Alex, Paige, Bryce, and Todd.

You May Also Like:   Kenneth Feinberg Net Worth: How Rich is the Attorney Actually?

At the start of 2022, Ladd Drummond has amassed a huge fortune of $220 million. He is earning a lucrative sum from his big family business. Ladd is also getting a big sum from his other business ventures, like restaurants, an ice-cream parlor, and a breakfast house. On the other side, his wife Ree Drummond’s net worth is estimated to be roughly $50 million.

Tony Khan Net Worth: How Rich is the President of AEW Actually?

Kenneth Petty Net Worth: How Rich is Nicki Minaj’s Husband?