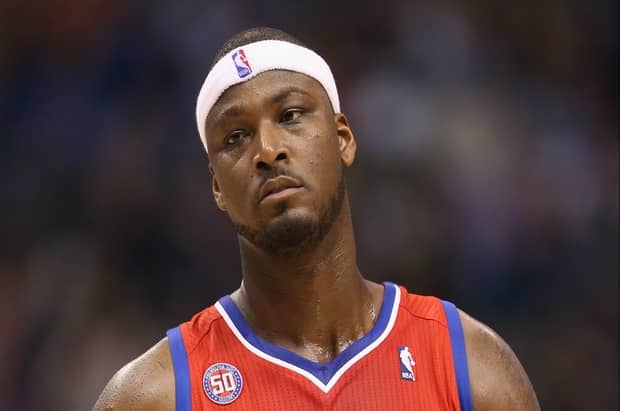 Kwame Brown is an American former professional basketball player. He is best recognized for playing for the NBA teams like Los Angeles Lakers, Detroit Pistons, the Philadelphia 76ers, and State Warriors. As of 2022, Kwame Brown net worth is estimated to be around $8 million.

Kwame Brown has recently shown his anger towards Gilbert Arenas, Matt Barnes, and Stephen Jackson, who made nasty comments on his NBA career.

Kwame Brown was born on 10th March 1982 in Charleston, South Carolina, United States. He has been playing basketball since his early days. Brown studied at Glynn Academy, where he finished school’s all-time leading rebounder with 1235 points and shot-blocker with 605 points. Likewise, he was second best who scored 1539 points.

Kwame later joined the 2001 McDonald’s All-American Team. He was also in the best form in his senior year. He had scored an average point of 20.1, 13.3 rebounds, and 5.8 blocks. Brown also helped his team to reach the semi-final of Georgia State producing a record point of 24-7.

Earlier, Brown showed interest to play basketball for the University of Florida. However, later he was picked up for the 2001 NBA draft by The Washington Wizards. Though he was quite confident in his game, he failed miserably to show his best game for the team. He didn’t perform well during the rookie season. In fact, Brown just had an average point of 4.5 and 3.5 rebounds in each game.

Although Brown was not giving his best shot he was fortunate to get selected for the second season. He played a total of 20 games out of 80, where he showed some improvement in his game. His performance improved more in the third season receiving career-high points of 10.9 and rebounds of 7.4.

Kwame showed his best game against Sacramento Kings, registering 30 points and 19 rebounds. After his contract was expired with the Washington Wizards, he went for the free-agent market. He even rejected the whopping 5-year contract of $30 million offered by the team. Later on, he was traded into the new team, Los Angeles Lakers on August 2, 2005.

Brown didn’t receive an overwhelming response from the fans, as they perceived him as an under-achiever. He was hugely booed by the fans when he entered to play his first match for the Laker on December 26, 2005. He was traded on a new team, Memphis Grizzlies on February 1, 2008. Though, the team showed some hesitation to sign a new contract with him on July 1, 2008, and included him in the team as an unrestricted free agent.

After that, he joined Detroit Pistons on July 28, 2008, for a two-year contract deal. On August 23, 2010, he was signed to a new team, Charlotte Bobcats for a year. At the end of the contract, he got a sign to Golden State Warriors for a year. In 2012, he was traded to the new team, Milwaukee Bucks. However, he never played a single game for the team.

Kwame got a sign to the Philadelphia 76ers on July 10, 2012, for two years. After playing a year with the team, he was waived on November 20. He was picked up on the BIG3 basketball league as a 5th overall pick on April 30, 2017. In the league, he played for the team, 3 Headed Monsters. He was able to take his team to the finals but lost to Trilogy at the final.

Kwame Brown is married to a lady named Marcia. He shared the wedding vows with Marcia in June 1989. Marcia is a teacher by profession. He has two kids; a son Kwame, and a daughter, Laurn.

Kwame has recently responded to Stephen Jackson, Gilbert Arenas, and Matt Barnes. They actually discussed on the unsatisfying performance of his career during a podcast hosted by Barnes and Jackson. Arenas referred to him as a man child. Brown later fired back at them posting a scathing video on Instagram.

As of 2022, Kwame Brown’s net worth is estimated to be around $8 million. It is revealed that he gathered a total amount of $100 from his basketball career. He has also earned an enormous figure from endorsements.

Keith Appling Net Worth: How Rich is Retired Basketball Player?