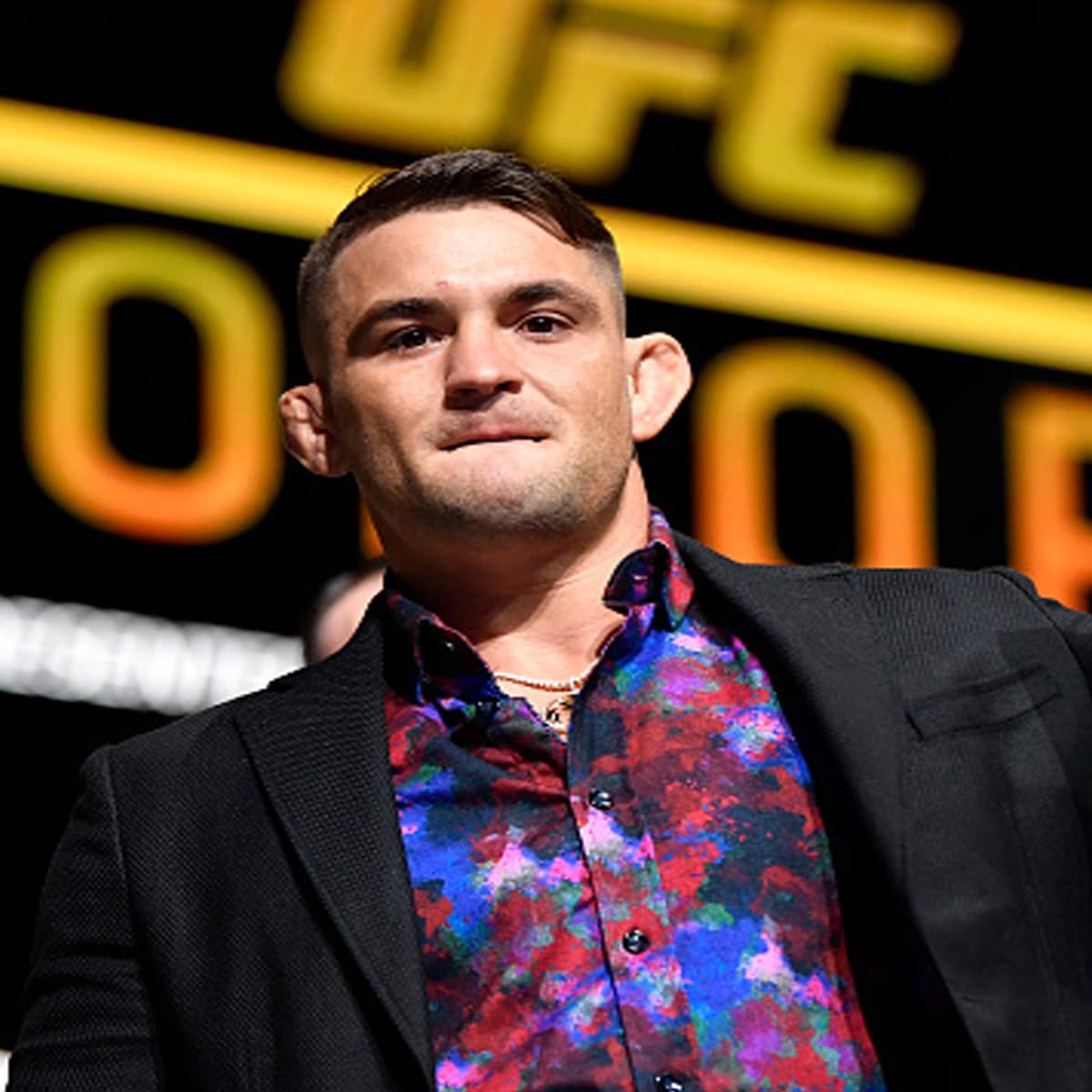 Dustin Poirier is an American mixed martial artist who is best known for being a contender in the Ultimate Fighting Championship’s lightweight division. The Louisiana native seeks to become the undisputed champ at the upcoming UFC 269.

Poirier has been a member of the UFC since signing to them back in 2011. ‘The Diamond’ battled for six years before becoming a bonafide star in the sport. It wasn’t until he fought and defeated Anthony Pettis in 2017 that he became a high-earner.

Although not earning the big checks early in his UFC tenure, Poirier earned his fair share through performance bonuses which come in the form of $50,000. Prior to the Pettis fight, Poirier earned six bonus checks totaling $305,000.

In five fights between the Pettis fight and Poirier’s battles with Conor McGregor, ‘The Diamond’ earned a total of just under $1.5 million.

In 2021, Poirier has fought the sport’s biggest name in Conor McGregor two times. At UFC 257, Poirier made almost $1.1 million. Meanwhile, the contender raked in just over $1 million in their rematch six months later at UFC 264.

Dustin Poirier was born on January 19, 1989, in Lafayette, Louisiana to parents Darrell and Jere Folley Chiasson. Poirier has two siblings, although there’s not much public information on the brothers. The 33-year-old is of Acadian French descent, specifically of Cajun heritage.

Poirier went to Northside High School in his hometown but dropped out his freshman year after getting into trouble and multiple street fights.

Poirier made his pro MMA career in 2009 at the age of 20 and jumped out to a record of 7-0 in a little over a year’s time. His first loss came against Danny Castillo in his WEC debut. However, he quickly turned around to score a first-round TKO three months later.

You May Also Like:   Jerry Remy Net Worth: How Rich was the Broadcaster Actually?

Poirier’s UFC debut also served as his featherweight debut, the weight class he’d remain at for another 11 bouts. After beginning his UFC tenure with four straight victories, including a submission win over Max Holloway, Poirier would succumb to Chang Sung Jung in his first headlining slot.

Clearly a premier prospect, Poirier would go 4-1 in his next five fights before taking on McGregor for the first time. ‘The Diamond’ didn’t last over two minutes with the Irishman, but he was undeterred from his goals.

In his next 10 fights, Poirier amassed a record of 8-1, 1 No Contest. Stoppage wins included names such as Bobby Green, Anthony Pettis, Justin Gaethje, and Eddie Alvarez. In fact, his victory over Alvarez earned him an interim title fight and his first crack at UFC gold.

Poirier bested Holloway in a five-round war to secure the interim belt. However, he’d get submitted by Khabib Nurmagomedov in his next outing. Unwilling to relent hope, Poirier got right back in there and defeated Dan Hooker in one of the best fights of 2020.

Poirier entered his second clash with McGregor expected to lose by many, but he delivered in a massive way. After weathering the storm in round one, ‘The Diamond’ stepped on the gas in the second round and caught his foe with a flurry of punches, eventually knocking him down to the canvas.

The avenge was something Poirier yearned for many years and he made it come to fruition. Immediately, talks of a trilogy bout began circulating.

The two ran it back a third time at UFC 264 and again, Poirier got the best of McGregor, but it came with some added circumstances. Near the very end of the opening round, McGregor broke his leg after throwing a leg kick which Poirier checked.

Afterward, there was no love lost between the two bitter rivals. The two have gone their separate ways for the time being, with McGregor healing and Poirier set to fight for lightweight supremacy.

‘The Diamond’ gets his second crack at undisputed gold when he takes on champion Charles Oliveira at UFC 269 on Dec. 18th. It marks Poirier’s ninth consecutive five-round main event contest.

As it stands, nearly all betting outlets peg Poirier as a slight favorite over the current champion.

Poirier spends his leisure time at home with his wife and kids in Lafayette. The couple has one daughter named Parker Noelle. When training, Poirier travels east to Coconut Creek, Florida to get work at the renowned American Top Team gym.

Poirier’s famous hot sauce is cajun based and it’s in collaboration with a company out of Canada named Hot Sauce Co. The name of his sauce is Poirier’s Louisiana Style and it’s available on his official website for $12 per bottle.

How many times has Dustin Poirier been knocked out?

Poirier has only been knocked out twice in his 35 fights.

How tall is Dustin Poirier?

Poirier stands at five-foot-nine, which is a little on the smaller side for the lightweight division, but he clearly makes it work.

What is Dustin Poirier’s charity?

It’s named The Good Fight Foundation and they focus on aiding those in need throughout Louisiana.

Sean O’Malley Net Worth: How Rich is the UFC Fighter in 2022?

Tommy Fury Net Worth: How Rich is the Boxer