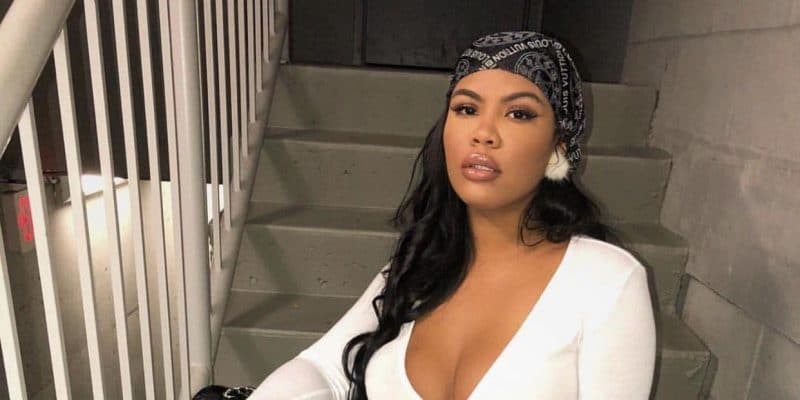 Chinese Kitty is a Guyanese-American music artist, and Instagram model. She is best known for her appearance on VH1’s reality show “Love & Hip Hop: Miami”. Kitty released her debut album titled “Kitty Bandz” in 2019. As of 2022, Chinese Kitty net worth is estimated to be around $350 thousand.

Chinese Kitty was born Taylor Hing on January 18, 1995, in Queens, New York, United States. She is the daughter of Chinese-Guyanese socialite, Chinese Nicky. Her mother has appeared in the first season of Love & Hip Hop: Miami. Nothing much is known about her past life and academic background.

Chinese Kitty appeared as a cover girl for Smooth Magazine at the young age of 20. She is often known as an Instagram model for posting glamorous pictures on Instagram. Kitty is currently being followed by 3.6 million followers on her official Instagram account. She has recently posted a picture on Instagram with the caption “Started My Own Label, Started My Own Gang, Now I got My own Strain! Top Bitch Shit #KITTYKATGUMBO”.

Kitty came up with her first album “Kitty Bandz” on October 2, 2018. The album was released under the record label Kitty Gang Music. She is still working on her new songs and releasing them on YouTube. Her most recent music video on a song titled “Top Bitch”, was premiered on June 11, 2021.

Kitty has also appeared as a supporting cast member on VH1’s reality show “Love & Hip Hop: Miami”. She has been a part of the reality series’ first and second seasons. During the first season, she was seen having an altercation between co-stars, Shay Johnson and Gabby. After having a feud with Shay, she tried to make the bond with Lil Scrappy.

Likewise, in the second season, she was seen supporting Jessie Woo. Kitty connected with the music artist so well in the season, that she opened about her painful past where she shared a story of herself being raped at an industry party.

Chinese Kitty was in a relationship with the rapper, Quavo from 2014 to 2015. She is also a mother of a kid, named Ashton Hing. However, she hasn’t revealed the name of her child’s father yet. In 2019, there was a rumor that she was pregnant with the rapper, J. Cole’s child. Though, the rumor proved to be false later.

As of 2022, Chinese Kitty’s personal wealth is estimated to be around $350,000. She is making a considerable amount of money from promoting and endorsing brands on Instagram. Likewise, she also earns a hefty sum from her self-titled YouTube channel, where she has 18.2K subscribers and over 1.5 million views.

Mary Cosby Net Worth: How Rich is RHOSLC Star Actually?