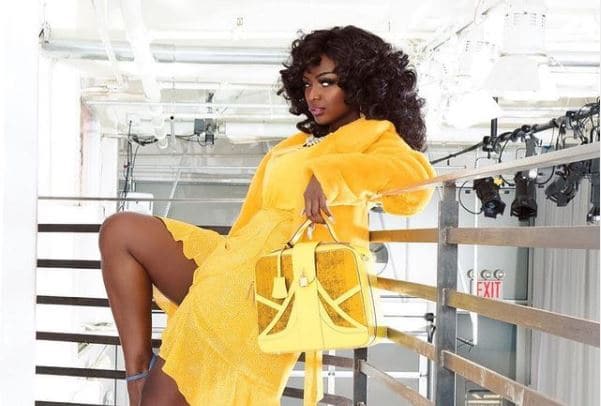 Diana Danelys De Los Santos, better known as Amara La Negra is an American rapper, singer, actress, and TV show host. She is best known for her appearance on VH1’s reality show “Love & Hip Hop: Miami”. As of 2022, Amara La Negra net worth is estimated to be around $2 million.

Amara La Negra was born Diana Danelys De Los Santos on 4th October 1990 in Miami, Florida, United States. She was raised by a single mother, Ana Maria Oleaga. Her mother was originally from the Dominican Republic, who moved to the United States in a hope that she could give her daughter a better life. In fact, her mother worked at five places to support her daughter.

Amara started her musical career at just 4 years of age by starring on the Spanish language TV show “Sabado Gigante”. She was one of the regular cast members and the only black girl on the show. Amara worked six years on the show before becoming a backup dancer for famous Latin artists like Tito Puente, and Celia Cruz.

In her early teenage days, she became a member of an all-girl group called “Amara”. She named herself after a group and added La Negra to her name which means a black girl. Amara came up with a song titled “Ayy” in 2013, which became a big hit in the Latin market. Despite giving a hit song, she was struggling to get a place in the industry because of her dark skin.

Amara faced a hard time in 2015, after she went through a financial crisis, and had no home to live in. At that time, she worked a 24-hour job at McDonald’s and Walgreens. After three years, she eventually got selected as one of the main cast members on VH1’s reality show “Love & Hip-Hop Miami”. She became famous through her storyline that represents colorism and eurocentrism in the Latin community. Amara even went through a conflict with light-skinned Latino producer, Young Hollywood during the 1st season, when he criticizes her afro look during a business meeting.

Amara’s all dream was coming true in 2018 as she signed a multi-album deal with the international music company, BMG. With the music company, she later released two singles titled “Insecure” and “What A Bam Bam”.

In 2019, she released her first studio album titled “Unstoppable”. She has even performed her songs at various events and award ceremonies like the Hispanic Heritage Awards. Amara has also appeared in a lead role in a BET movie called “Fall Girls”. She has further worked along with her mother on a weekly Instagram show, where she co-hosted a show called “Gring Pretty, My Mom is the Bomb”.

Amara La Negra currently stands at a height of 5 feet 7 inches or 170 cm tall and weighs around 62 kg or 136 pounds. Her bust size, waist size, and hips size are 35 inches, 25 inches or 35 inches respectively. She has a black hair while her eye color is dark brown.

However, Amara broke up with him when she came to know that EmJay has made his career out of living off women. She further made accusations against him that he has used her financially, and to make sure that he couldn’t get any benefit from her, she threw him out of her life. Though, EmJay didn’t take it lightly, and wrote on his Instagram Stories “Throwing salt on my name will only season my sauce.”.

Amara Le Negra has gathered a total net worth value of $2 million by 2022. As per sources, she earns around $400,000 per season from appearing in Love & Hip Hop Miami. Besides that, she also earns a hefty sum from her music albums, and sponsorship on Instagram, where she earns around $7193.75 per post.

Chinese Kitty Net Worth: How Rich is the Singer Actually in 2022?

Court Westcott Net Worth: How Rich is Kameron Westcott Husband?