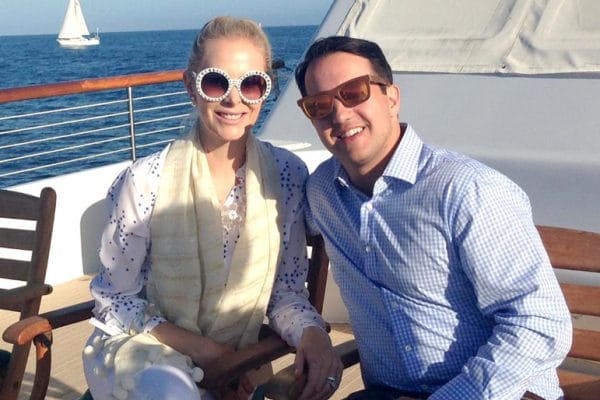 Court Westcott is an American venture capitalist in Dallas, Texas. He stars alongside his wife Kameron in the series Real Housewives of Dallas. As of 2022, Court Westcott net worth is estimated to be about $2 million.

Court Westcott was born September 16, 1978, in Dallas, Texas. Court attended Vanderbilt University and received a Bachelor of Arts in philosophy and political science. He went on to obtain his MBA from the Cox School of Business at Southern Methodist University.

Court met his wife Kameron out on the town while attending business school. Kameron initially denied his pursuit, because of their height difference. He is about 5’ 5”, while Kameron is around 5’ 7”. She finally agreed to go out with him after he asked eight times. They were married in 2008 and have two children together.

Court comes from a very prestigious family in the Dallas area. He works as a managing partner at his family’s business, Westcott LLC. The company was founded in 1996 by his father Carl, and manages several venture investments, including Internet America and Digital Witness. Court has a strong focus on investing in emerging technologies and Augmented Intelligence. He invests primarily in European and US companies.

From 2008 to 2014, Court had also worked as a founder at Polished Inc, a chain of high-end nail salons in the Dallas area. His sole focus since then has been Westcott LLC. He works alongside his father Carl, and brother Chart.

Westcott came into the limelight when he appeared on season two of Real Housewives of Dallas in 2017.  Court is a protective person, and when fellow Housewife LeeAnn Locken made racist remarks during season four, Court urged his wife Kameron to “stay away” from her. He has also encouraged Kameron to stay home and focus on being a mother instead of pursuing various careers.

As of 2022, Court Westcott has a net worth of around $2 million. The Westcott family is known to be one of the richest and most prestigious families in Dallas.

Court tries to keeps much of his life private and is quiet on social media.

Gwen Shamblin Lara Net Worth: How Rich was the Author Actually?