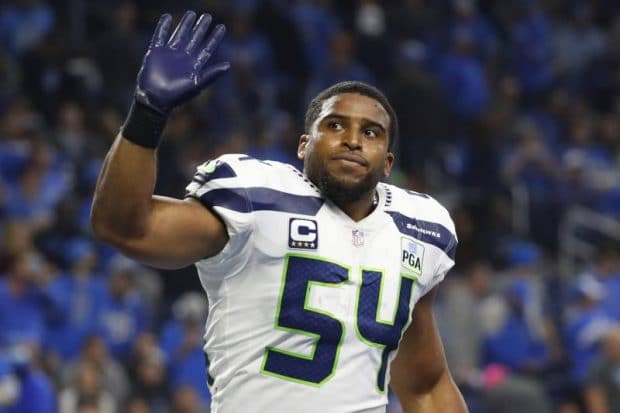 Bobby Wagner is an American football player who plays as a linebacker for the Seattle Seahawks of the National Football League. As of 2021, Bobby Wager net worth is estimated to be $30 million.

Wagner was born on June 27, 1990, in Los Angeles, California. He went to Colony High School where he started playing high school football. In 2007, he recorded 125 tackles, including four sacks as a senior. During his time at the school, he received all-CIF Central Division honors as well as all-Mount Baldy League accolades. He helped his team to a CIF division title and was named to the All-San Bernardino County team.

Wagner was considered only a two-star recruit by Rivals.com. He received an offer only from Utah State, which he accepted.

You May Also Like:   Maria Sharapova Net Worth: How Rich Is the Tennis Star in 2022?

In 2012, Wagner was selected by the Seattle Seahawks in the second round of the NFL Draft. He signed a four-year, $4.30 million contract, including $2.51 million guaranteed and a signing bonus of $1.57 million. His professional debut came against Arizona Cardinals where he recorded four combined tackles in 20-16 loss. He finished his rookie season with 140 combined tackles, 4 pass deflections, 3 interceptions, and 2 sacks.

In 2015, Wagner signed a four-year, $43 million contract extension, including $19.97 million guaranteed and a signing bonus of $8 million. That year, he recorded 114 combined tackles falling two behind K. J. Wright. On July 26, 2019, Wagner again signed a three-year, $54 million contract extension with the Seahawks with $40.2 million guaranteed. It made him the highest-paid middle linebacker in the league.

Ben Zobrist Net Worth: How Rich is the Baseball Second baseman?