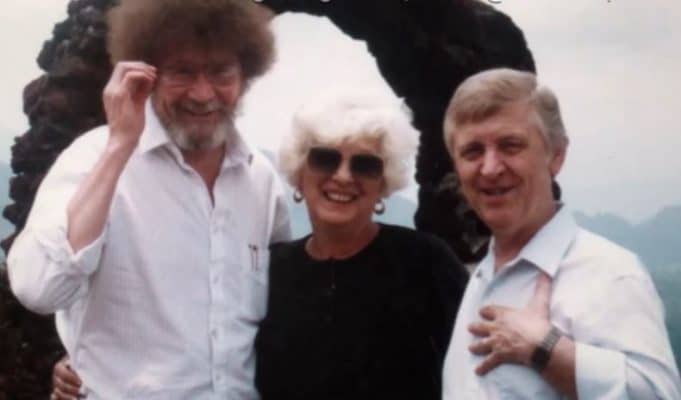 Annette Kowalski is an American businesswoman, who is better known as the business partner of the late American painter, Bob Ross. Annette is the co-owner of the company, Bob Ross, Inc., which she co-owned with Bob Ross, and her husband, Walt Kowalksi. As of 2022, Annette Kowalski net worth is estimated to be roughly $1 million.

Annette Kowalski was born in the United States of America. Her real date of birth is still missing. However, few sources have revealed her age to be between 80 to 85. There is nothing much known about her early life, parents, and academic background.

Annette met the painter, Bob Ross first time when she was suffering from depression due to her son’s death. At the time she was going through depression, she was watching German painter, Bill Alexander’s TV show on PBS. She wanted to learn painting from Alexander, but, after enquiring about his availability for the painting lessons, Alexander clearly told her he was no longer teaching.

Then, she joined the five-day class in Clearwater, Florida, that features the painter, Bob Ross. Annette was extremely mesmerized by Ross’ talent, and soon, she and her husband partnered up with him. Annette’s husband, Walt gave an idea to promote Ross’ classes for commercial purposes, and they eventually helped Ross to launch his on-screen carer.

You May Also Like:   Brandon Blackstock Net Worth: How Rich is Kelly Clarkson's Ex-Husband?

Annette and Walt filmed Ross’ talent on a tape, and they took the tape to the local PBS station. The manager of the PBS was quite impressed with Bob’s talent, and he hired him on the spot for the new TV series, which was titled “The Joy of Painting.”

In 1985, Annette along with her husband, Walt made a deal of business partnership with Bob Ross and his wife, Jane. They ended up forming a company named Bob Ross, Inc. Through the company, they were selling the art supplies and other products using Bob’s name.

The Kowalski and Ross started having issues after Bob lost his wife due to cancer in the early 90s. After Jane’s death, the company was divided equally into three surviving partners. But, after the division of the company, Bob was made a minority shareholder in the company. Bob then tried to gain his control over the company through the legal battle, which continued until the 1990s.

Bob Ross’ legal issues with the Kowalski couple were shown in the Netflix documentary “Bob Ross: Happy Accidents, Betrayal & Greed”. The documentary was released on Netflix on August 25, 2021. In the documentary, Bob Ross’ son Steve revealed that he remembered his father making effort to keep his name and likeness from being turned over to the Kowalski family.

Annette and Walt handed over the business responsibilities to their daughter, Joan Kowalski in 2012. The headquarter of the company is currently situated in Sterling, Virginia. At the end of the documentary premiered on Netflix, it showed that despite Bob’s intentions, his son, Steven has not received any of the profits from the company to date.

Annette Kowalski is married to Walt Kowalski. As per the report, the pair have been married for over six decades. Annette has five kids with her husband, Walt. She lost her eldest son in a car accident, who was 25 years of age.

As of 2022, Annette Kowalski’s personal wealth is estimated to be above $1 million. She has gathered a vast chunk of money from her successful business venture. Annette and her husband, Walt, both are living a retired life now living in Sterling, Virginia.

Ramesh Balwani Net Worth: How Rich is Ramesh “Sunny” Balwani?

Tony Khan Net Worth: How Rich is the President of AEW Actually?