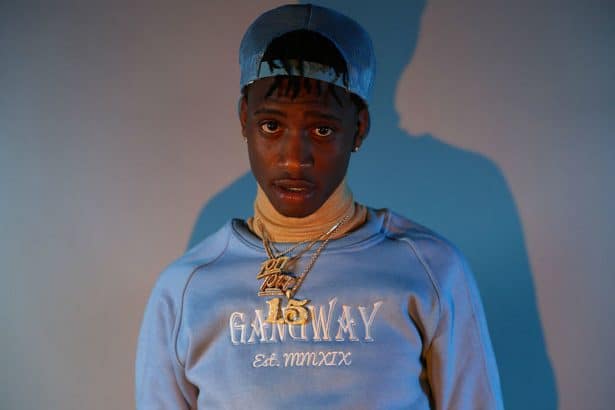 Jamal Michael Braud, who is better known by his stage name as Yung Mal, is an American rapper and songwriter. He is best known for the hit single called “Str8 Out Da Pot”. As of 2022, Yung Mal’s net worth is estimated to be around $300,000.

Yung Mal was born  Jamal Michael Braud on August 13, 1995. He grew up in East Atlanta after moving there from New Orleans. From the young age of 13, he was recording songs for fun and even developing beats.

He listened to songs from artists such as Gucci Mane, Young Thug, and Lil Wayne. Later on, those around him started to motivate him to create songs and move forward in this path as a career since they enjoyed his music. He mentions how Atlanta has turned into Hollywood for rappers and there is a good support system for those willing to put the work in.

Yung Mal Net Worth and Rise to Fame

Yung Mal’s big breakthrough came when he released the single “Str8 Out Da Pot” in 2016. He then collaborated with Lil Quill and they started to released music together in 2017 which included the mixtape Blessed Lil Bastards. The two of them were consistently releasing music that would be noticed by Gucci Mane. Soon after this, Mane decided to sign Yung Mal to his label 1017.

Gucci Mane was impressed with the work the duo had done with the EP called Kids of the 6. Since then, the duo went on to release Lil Bastards 3. 2019 was an important year for Mal as he released his debut album for the world called Iceburg as a solo artist since Lil Quill was incarcerated. He loves collaborating with other talents and went on to release 6 Rings that featured collaborations with Lil Keed and Lil Gotit.

His new mixtape called 1.5 Way Or No Way has been a hit with his fans. 1.5 is the childhood neighborhood that Yung Ma grew up in and in many ways is dedicated to the place as well as to all the friends Yung Mal had who have since passed away.

Yung Mal currently stands at a height of 6 feet 1 inches or 185 cm tall and weighs around 75 kg or 165 pounds. His body measurements like chest size, waist size, and hips size are not available at the moment. Meanwhile, his eye color and hair color are both black.

As of 2022, Yung Mal has an estimated net worth of $300,000. Yung Mal has been developing a following on Instagram that has crossed 600k with more people becoming aware of his music. He has also started his music label named 1.5 Da Label where he is acting as the CEO.

You May Also Like:   Jack Harlow Net Worth: Height, Age, Bio, Career & Girlfriend

Yung Mal has plans beyond music once he starts to earn big money. He wants to help improve the area that he came from and if the opportunity comes to buy small businesses such as barbershops or car dealerships, he would buy it in the future.

RZA Net Worth: How Rich is the Rapper Actually in 2022?

JackBoy Net Worth: How Rich is the Rapper Actually in 2022?