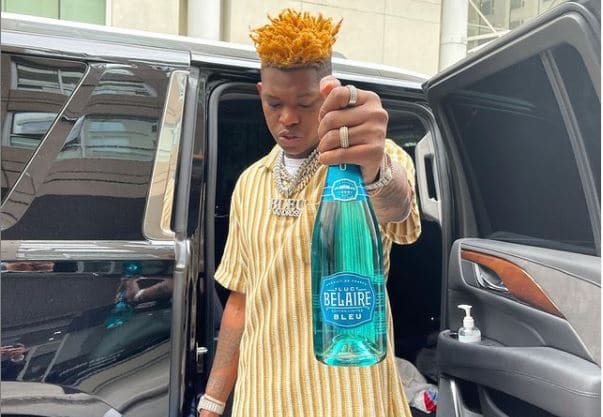 Jeremy Biddle better known as Yung Bleu is an American rapper, best recognized for his popular song “Miss It”. He claimed prominence soon after he uploaded the song “Miss It” on YouTube. His other popular songs include “Ice On My Baby” and “You’re Mines Still’. As of 2022, Yung Bleu net worth is estimated to be around $1.2 million.

Yung Bleu was born Jeremy Biddle on April 4, 1994, in Mobile, Alabama, United States. He grew up in a big family, due to which he faced a hard life in childhood. Yung lost his young brother in gang violence when he was 18.

He started taking interest in rapping while he was studying in middle school. Yung recorded his first song with a Nokia phone with a background beat. Initially, he was singing hardcore street rap songs. But, as he grew up and moved on to a better place he started taking an interest in love and relationship songs.

As he was having a hard time earlier, he worked at a local pipe mill. He used to save money to work on his music. Yung took the first step towards his musical dream in 2013 by releasing a mixtape “Hello World”. The mixtape includes a hit single titled “Go Head” which was produced by Drumma Boy.

You May Also Like:   Ski Mask the Slump God Net Worth, Bio, and Rap Career

Later his musical talent was noticed by Young Boss Entertainment and it helped him to release his other tracks. Yung dropped the 1st installment of the mixtape “Investments” under Young Boss. He released the mixtape on different streaming platforms. The music lovers have just gone crazy with the mixtape. Due to which he has gathered a large fan base.

As he was kissing the success, he developed a connection with rapper Boosie Badazz on social media. Soon after, they became fond of each other’s talent and released few collaborated songs. Yung signed a new record deal with Boosie’s Columbia Records in 2017

Yung dropped a new song “Miss It” in October 2017. As soon as the song was uploaded on YouTube, it didn’t take much time to go viral. The song has been loved by a maximum number of people. To date, the official video of the song “Miss It” has over 70 million views on YouTube.

He became more popular after he released another hit single titled “Ice On My Baby” in September 2018. To date, the official video of the song has more than 73 million views on YouTube.

Most recently in December 2020, he dropped another blockbuster song titled “You’re Mines Still’ on YouTube. The song features the popular rapper Drake. It has generated over 74 million views. His new song “Thieves In Atlanta” featuring Coi Leray was released two weeks back on February 26, 2021.

Yung Bleu has maintained privacy in his love life. From his Twitter post, it is revealed that he is a family man. On November 29, 2019, he shared a picture wishing his family a Happy Thanksgiving. Sources revealed that he has two sons. However, due to his private nature, we have not got the name of his wife and his kids.

Yung Bleu has collected a handsome fortune of $1.2 million by 2022. All thanks to his successful music career, which has helped him to earn a massive amount.

Kash Doll Net Worth: How Rich is the Rapper Actually in 2022?

Polo G Net Worth: How Rich is the Rapper Actually in 2022?